Windsor Farm’s Georgian house at 331 Clovelly Road was the best-selling property in the area in July. (Photo credit: CVRMLS)

Home purchases at Windsor Farms led the region’s residential real estate transactions in July, including three other sales that reached the $2 million mark. 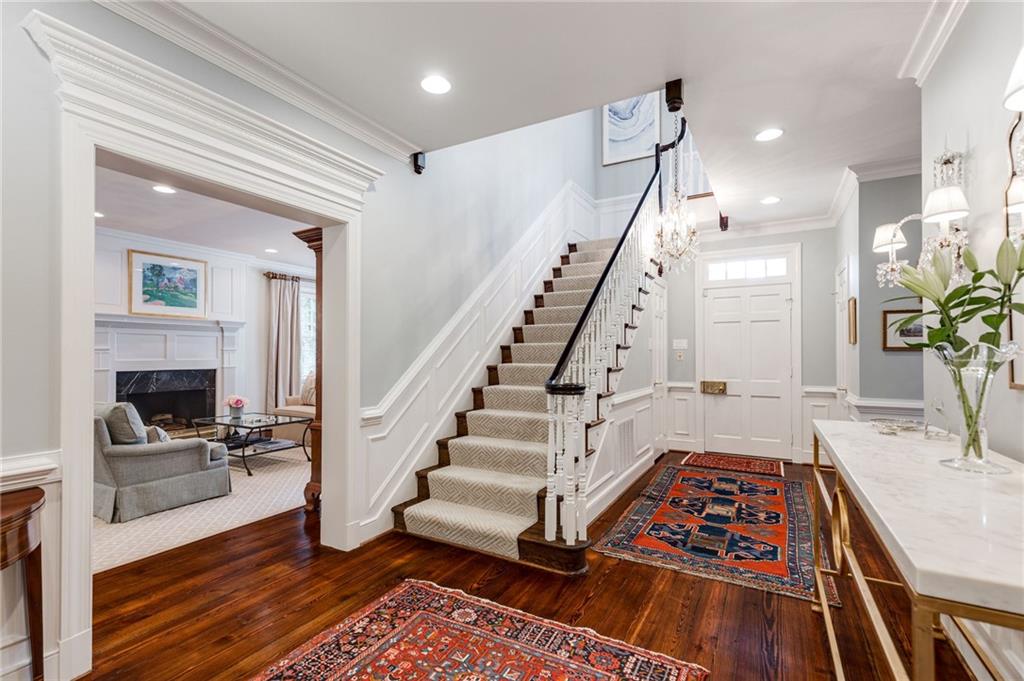 The two-story house was built in 1967 and has recently been renovated.

The 5,300-square-foot home on 0.7 acres was signed on June 23 and closed a month later. According to the Central Virginia Regional Multiple Listing Service buyer’s funding description, all purchases were made in cash.

Margaret Wade of Long & Foster Real Estate owned this listing on behalf of exhibitors Christopher and Michelle Finn. The couple purchased the property for her $1 million in 2013 and the city valued her at $950,000.

The city valued the property at $1.2 million this year.

Wade said the house has been recently renovated and is located near the end of a dead-end road.

“We had over 15 appointments, maybe 20 or so shows, and there’s still a lot of buyer demand out there,” Wade said. People just don’t want to do a lot of renovations and work right now, and the current homeowner just did a really beautiful renovation.”

Wade said she had a previous relationship with the Finns that led to her underwriting the listing.

Property records list the purchaser as Andrew Reynolds Owen. He was represented by his Eliza Branch at Long & Foster. 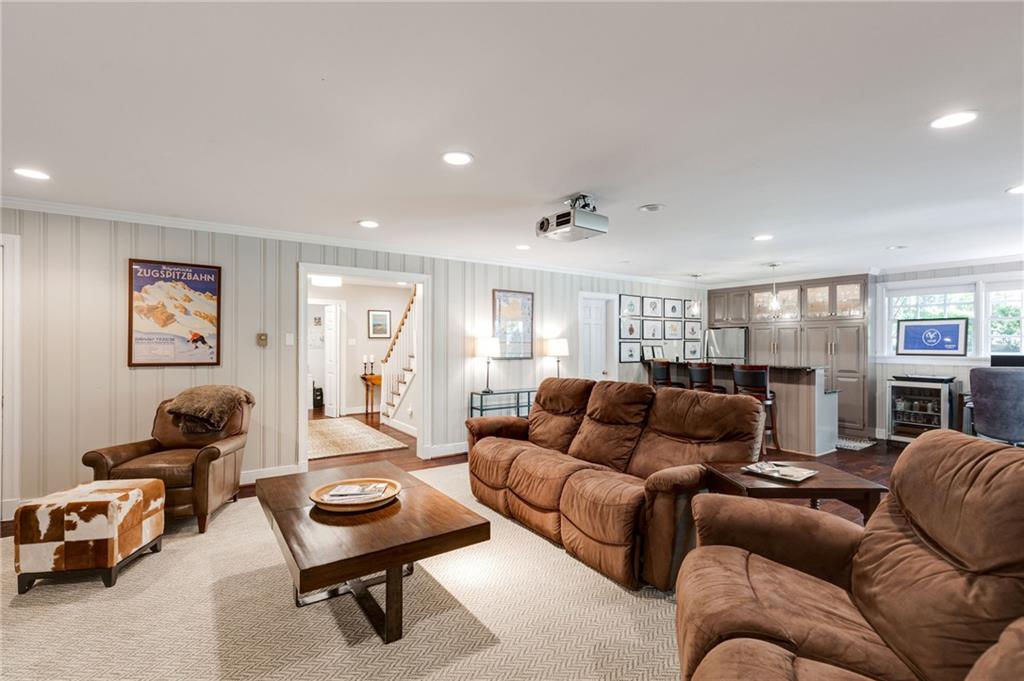 The lower level break room has a bar/kitchenette and opens onto the fenced garden.

With a total of 5 bedrooms with 4 bathrooms and 2 half baths, the two story brick Georgian building was built in 1967 and includes a second floor primary suite with marble bath, There is a remodeled kitchen with quartzite countertops and an adjoining sunroom. Wade said all the bathrooms have been remodeled.

The lower level break room has a bar/kitchenette, en-suite bedroom and office. The room opens onto a fenced garden with a gazebo and a bluestone terrace outside the conservatory. The home also has four fireplaces, a generator, and a circular driveway. 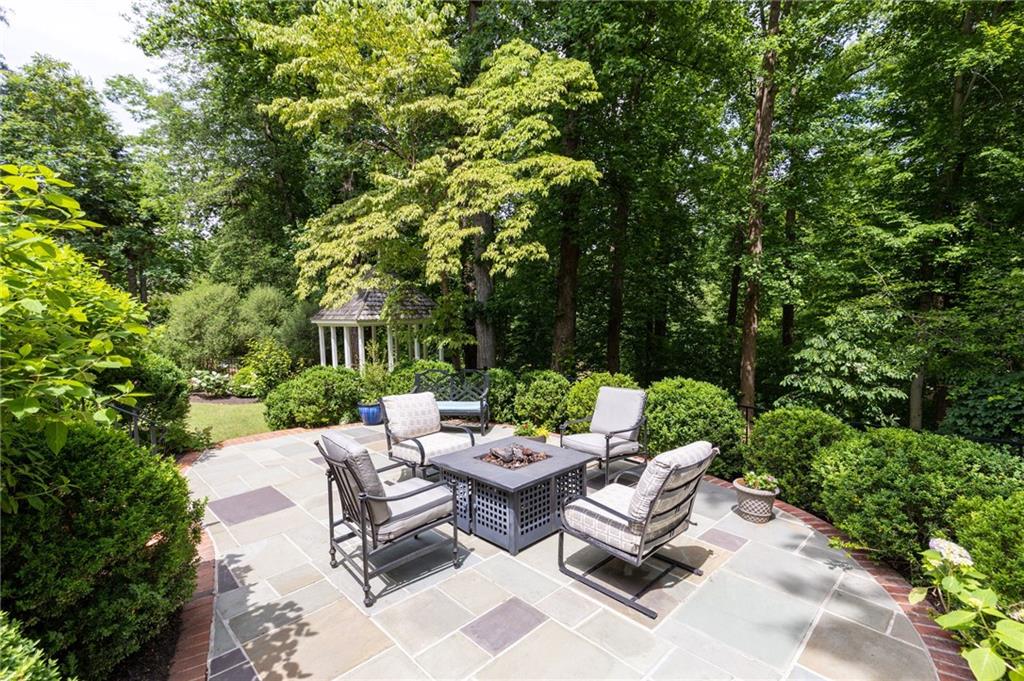 The 0.7 acre grounds include a bluestone terrace and gazebo.

Wade said the home’s location in Clovelly was appealing for its secluded location and proximity to city amenities.

“It’s a really special street in Windsor Farm,” she said. “No cut-through, very quiet and close to the river.” 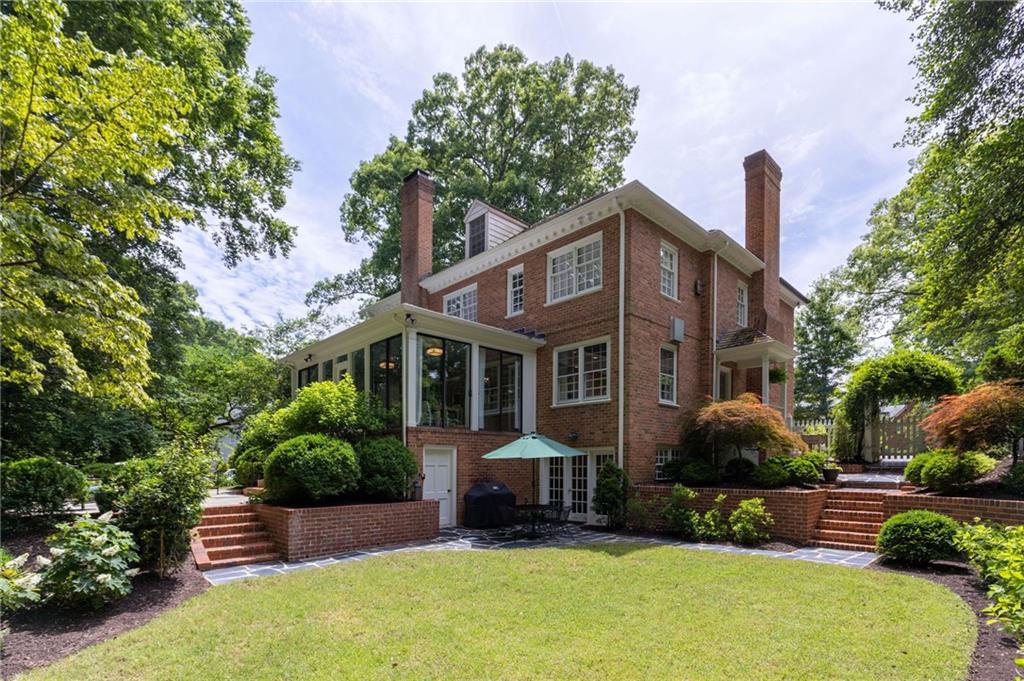 At the back of the house is a sunroom overlooking the manicured garden.

The house is across from another multi-million dollar listing that recently signed a deal.

9,300 sq ft home at 332 Clovelly Road hit the market in April The asking price is $3 million. The deal was signed on June 25 after the price dropped to $2 million.

Wade and Branch, who work in Long & Foster’s Grove office, also participated in July’s fourth-largest sale, but stood against the deal. According to CVRMLS, this month’s top five sales are:

Woman ‘Evicting’ Roommate After Buying Their Condo From...

Big San Jose hotel could be revamped and...

Economist Says Housing Turnover Will Drop To Its...

3 Tips to Productively Work With an Architect...