With monthly rent at all-time highs, more homeowners are deciding to become landlords rather than sell their homes in today’s market, according to a new survey and observations from real estate agents.

That follows the rapid rise in home prices, followed by interest rates and the price of rent over the past two years. It’s all part of a reshuffling taking place in the for-sale and rental markets that has roots in the pandemic, economists tell Inman.

Eight-five percent of homeowners now have a mortgage with an interest rate that’s below today’s level of 6.3 percent, which has risen from 3.3 percent at the beginning of the year. It’s led to what a researcher with John Burns Real Estate Consulting says is a new trend of homeowners choosing to become landlords rather than sell.

“I can put my money on it and say I guarantee it has increased from a year ago,” said Devyn Bachman, senior vice president of research at John Burns.

The firm doesn’t have hard data on how many owners have chosen to rent out their homes rather than put them on the market for sale. But after the rapid changes in both cost of rent and slowdown of home sales, researchers decided to ask a group of 1,000 real estate agents whether they were noticing a trend during a recent survey.

It found there’s a pool of people who planned to sell their homes but instead have decided to rent it out.

“Four percent of sellers have pulled their home off the for-sale market and said, ‘I am going to switch it to a rental,’” Bachman said.

In some markets where both home prices and monthly rent reached new heights over the past two years, the shift from homeseller to landlord has been more pronounced.

In Southern California, about 10 percent of people who were looking to sell have decided to rent instead, Bachman said.

“I’ve noticed it myself,” said Kyle Alberto, a sales partner with the PorchLight Realty Team in San Diego. “One of the listings I have right now has been on the market for a while. That’s something the owner is considering doing himself.”

Rent in San Diego is up 25 percent from a year earlier, according to rental data portal Zumper. It’s up about 20 percent in Los Angeles. On the other side of the country, rent climbed nearly 40 percent in Miami over the course of a year, according to Zumper reports.

The ongoing changes in the market have also caused more people bowing out of the buyer’s market and staying renters, according to the John Burns survey.

In Austin, Texas, it now costs $1,600 more per month to pay for a mortgage than rent, Bachman said, which has pushed nearly 1 in 4 people who were looking to buy a home into renting instead.

While most economists had expected mortgage rates to rise this year, they rose much more quickly than expected, fueled by the Federal Reserve’s effort to tame inflation.

“The immediate shift in rates incentivizes that first time homebuyer to rent their home and to avoid buying,” Marr said. “Simultaneously you get this demand that’s kept in the rental market, which keeps rent growth growing quite strong.” 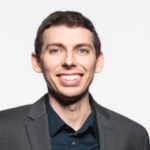 Homebuying demand is down 20 percent from a year ago, according to the National Association of Realtors. As rates climbed, the typical payment for a $400,000 loan is $810 more each month than it was a year ago.

It’s all helped push rent growth well above historical rates. But there have been signs that rent has started to taper. And with many economists forecasting a recession on the horizon, it adds more uncertainty for what could happen next.

It appears rent growth may have peaked in the spring after nearly two years of rapid increases following the resettling during the Covid pandemic and high demand caused in part by historically low mortgage rates.

In recent months there are signs that the country may be settling into the next phase of changes for the cost of rent, and within about six months economists may have a better understanding of if the country has returned to a more historically normal pattern with 3-4 percent rent growth.

That increased supply might help to slow down rent growth, Redfin’s Marr said.

“There are certainly some areas, especially where the housing market is cooling off rapidly in places like Austin or Boise, where there might be enough supply that could be moved over toward the rental market to cause rents to decline year over year,” Marr said.

“By next spring, call it Easter/April timeframe, we’ll have a pretty clear understanding of a lot of things as it comes to housing,” he added. “More important, I would say, is the economic backdrop should be much clearer.”

If there’s a recession, it could discourage people from forming new households or encourage people to live in larger groups, either with family or friends, economists said.

A recession in 2023 would mean a new phase for the course of rent, the economists said.

Rising interest rates may have already begun to take a toll on rent. A 20-month string of increases ended in August.

Still, the landscape still looks good for homeowners if they have another place to live and a home to rent.

“We are looking at an increase on top of last year’s increase,” said Molly Boesel, principal economist at CoreLogic. “Over two years it’s grown 22% nationally.”

“We fully expected we would be seeing a relaxation from that rebound,” she added, “but it really just kept going up.”

Get Inman’s Property Portfolio Newsletter delivered right to your inbox. A weekly roundup of news that real estate investors need to stay on top, delivered every Tuesday. Click here to subscribe.