Home Agent What Haunts MLS Leaders? Politics, Commissions And Their Own Demise
Agent

What Haunts MLS Leaders? Politics, Commissions And Their Own Demise

The death of the real estate commission structure. The end of Realtor associations and multiple listing services being tied together. Deals made for political reasons, rather than business ones. Unauthorized use of listing data by familiar entities.

These are some of the scenarios that haunt MLS executives who spoke in Indianapolis at the Council of MLS’s annual conference Thursday in a session called “Lead Is a Verb.” The panelists, all CEOs of mega MLSs located in different regions across the country, universally stressed the importance of planning ahead for “the unthinkable.”

The first nightmare mentioned was an obvious one: the federal antitrust lawsuits filed against the National Association of Realtors and major real estate franchisors over a NAR rule requiring listing brokers to offer a blanket, unilateral offer of compensation to buyer brokers in order to submit a listing to a Realtor-affiliated MLS. The largest of the suits are called Moehrl and Sitzer/Burnett after their lead plaintiffs.

“There’s these elephants in the room that nobody’s willing to talk about and the attorneys are telling us not to talk about,” Art Carter, CEO of the nation’s largest MLS, California Regional MLS, told the event’s 1,000 or so attendees.

“I hope that that doesn’t extend out to everybody’s boardrooms. What we have done pretty extensively in our strategic planning sessions is talked about the unthinkable. Obviously the Sitzer case is the one that’s moving the quickest. It is the one that we will have some answers out of sooner than the others.

“If you are not sitting in your boardrooms and visualizing what could happen as we move along from worst-case to best-case scenarios, I think you’re doing your organization a disservice.”

Carter said that scenario planning is not happening to the extent it should in the industry.

“Much more in-depth discussions need to occur, and especially amongst the CEOs we need to get in rooms and hopefully chart out a path for the MLS industry as a whole.

“I think that being fragmented at this time is probably the worst possible thing for us as an industry. And I would hope that we can all come together and have some of those discussions in an open and frank way.”

For Merri Jo Cowen, CEO of Florida’s Stellar MLS, possible government intrusion into MLS ownership and governance looms large. In July 2021, the Biden Administration directed the Federal Trade Commission, which shares responsibility over antitrust with the U.S. Department of Justice, to exercise its rule-making authority “in areas such as … unfair occupational licensing restrictions; unfair tying practices or exclusionary practices in the brokerage or listing of real estate; and any other unfair industry-specific practices that substantially inhibit competition.”

The vast majority of MLSs nationwide are owned by Realtor associations, many of whom restrict MLS membership to Realtors. 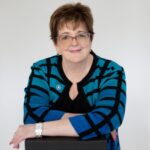 “We have to be scenario planning with the what-ifs,” Cowen told attendees.

“What if the governance model of the MLS is forced to change? [What if the] FTC comes in and says, ‘OK, MLSs you’re on your own. You can’t be tied. You can’t have commission. You can’t do this. You can’t do that.’ We can’t just sit back and wait. We have to have organizations and leadership and governance that will allow us to get ready and to prepare for all of that.”

Some people don’t believe there’s value in the MLS if there’s no offer of compensation, according to Cowen.

“I don’t think most people think that, but that’s the challenge,” she said. “How do we move those that are still close-minded and are living in fear and not embracing change? That’s part of our role as leaders is we have to take that on. We have to bring our organizations to the future.”

At a CEO Forum of about 80 executives on Wednesday, attendees talked about types of MLS ownership, including the possibility of having MLSs that are jointly owned by Realtor associations, brokers, and outside investors, according to Cowen.

“The key piece [would be] that the MLS has to operate as a business,” Cowen said. “We have 18 shareholders and we love our associations, but sometimes the rules and the politics get in the way of us running a business because we’re so different from the trade association mindset.”

MLSs can’t be afraid to innovate “because things are gonna to change,” Cowen continued. “The unimaginable what-ifs could happen. We have to be ready for it, so what are we going to do to get our boards and organizations ready? That’s awareness, transparency, education, and leadership because leaders lead.”

Brad Bjelke, CEO of UtahRealEstate.com, Utah’s largest MLS, pointed toward association dependence on MLSs for revenue, but said MLSs should be having conversations about their ownership and whether associations can give up some ownership in order to expand it to brokers or private investors. 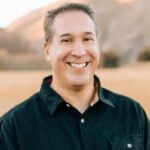 “How many MLSs in here if you were not a wholesale model, [if] you didn’t issue a dividend check, [if] you didn’t sponsor any activities of the associations, how many of your associations would still be able to thrive and continue their work the way that they want to continue it?” he said.

“MLSs have to have independence and that is a very, very difficult thing. But in order to do what Merri Jo said, which is to lead and to diversify, and to have revenue sources that are outside of the traditional real estate world, leadership has to come into play, but that also is your ownership.

“In order to scenario plan and to ensure that our industry can thrive, we have to have greater leadership and greater ownership from what is traditional,” he added. “That’s controversial and I know some of the people in the room are from associations, but it’s very difficult to be solely owned by a nonprofit organization that could be completely dependent upon your revenue source in order to serve.” 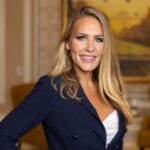 Dionna Hall, CEO of BeachesMLS in Florida, said what people are doing with MLS data is “kind of blowing my mind right now.”

“It’s gonna be very eye opening for this industry when the rubber hits the road and and you’re thinking where those feeds are going and what’s happening with them, who is doing what with it,” Hall said.

“Honestly guys, what’s happening is really people that we know and interact with every single day are doing things with that data. My phone is starting to ring a lot more. The question is gonna come: What do we do about that? Because once you start actually looking into that, you have a responsibility to act on that and that is really keeping me up at night.”

Bjelke said what keeps him up at night is a “lack of business sense” that pervades the industry and impels MLSs to turn down opportunities for territorial or political reasons or to maintain the status quo.

“I know from my organization we operate as a for-profit,” he said. “Our job is to make money for our shareholders. We want to do what’s best for our shareholders and best for our organization [and] what’s best for the industry. As leaders you have to move beyond the fear to make good business decisions. Have business logic for business ends when you’re dealing with your neighbors, with consolidation, with buying new products, with your vendors. Make it a business decision and I think our industry will get better.”

Bjelke went on to win the CMLS Shuttleworth MLS Executive Award for excellence at the event on Friday morning.

GoPro Hero10 review: one small step for the...