Home Agent What Does It Mean When Even The Wealthiest Step Back From Buying?
Agent

What Does It Mean When Even The Wealthiest Step Back From Buying?

In a shifting real estate market, the guidance and expertise that Inman imparts is never more valuable. Whether at our events, or with our daily news coverage and how-to journalism, we’re here to help you build your business, adopt the right tools — and make money. Join us in person in Las Vegas at Connect, and utilize your Select subscription for all the information you need to make the right decisions. When the waters get choppy, trust Inman to help you navigate.

Existing and new home sales have fallen over the past few weeks as buyers across the country respond to ever-climbing prices and creeping mortgage rates.

But rising prices and rates — not to mention a chaotic stock market — are also repelling the world’s wealthiest buyers, according to a new report from Redfin.

Luxury home sales dropped 17.8 percent on an annual basis during the three months ending April 30, marking the largest decline in luxury sales since the start of the pandemic. In contrast, non-luxury sales fell 5.4 percent in the same period. Redfin defines luxury as the priciest 5 percent of homes in each metro.

In New York City, SERHANT. luxury agent Tricia Lee told Inman that just within the last couple of weeks, she’s seen a softening of buyer activity, which she believes might also be a result of the Memorial Day and Shavuot holidays, in addition to other factors currently at play in the market. 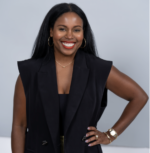 “There is definitely a calming happening now,” Lee wrote in an email. “I’m sure unicorn properties are still getting heavy inquiries, but for my sales, I’ve noticed buyers are almost re-calibrating, possibly thinking more long-term with that next sale option and we are doing our best to keep our sellers loaded with up-to-the-minute data so they can be most informed and edit as needed.”

The luxury cool-down follows a nearly 80 percent spike in luxury sales about one year ago as the wealthy who had the option to work remotely sought out luxury homes as an oasis outside of crowded, urban areas. That spike in demand ultimately led to a shortage of luxury homes starting around the summer of 2021 that’s continued today, and has also contributed to the drop in sales, Redfin’s report noted. 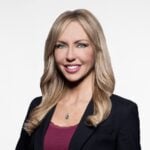 “The pool of people qualified to purchase luxury properties is shrinking because the stock market is falling and mortgage rates are rising,” Fleck said. “The good news for buyers is the market is becoming more balanced and competition is easing up. Of course, that doesn’t help the scores of Americans who have been priced out altogether.”

In recent weeks, mortgage rates have caused significant buyer hesitation, with rates on 30-year fixed mortgages at 5.23 percent during the week ending June 9, which is well above the 3.11 percent rates seen at the end of 2021. Such a change in rates has made the monthly mortgage payment on the median asking price increase 42 percent year over year to $2,428. Likewise, rates on jumbo loans, loans that exceed the limits set by the Federal Housing Finance Agency (FHFA) and are what luxury buyers typically use when not paying cash, have also been rising.

Luxury home prices have continued to grow at a good clip, though not quite as rapidly as at other points during the pandemic. During the three months ending April 30, the median sale price of luxury properties grew 19.8 percent year over year to $1.15 million, well above pre-pandemic levels of less than 10 percent, but down from spring 2021’s peak of 27.5 percent.

Data from Redfin also shows that the drop in luxury sales is already contributing to a slight boost in inventory — inventory of luxury homes for sale decreased 12.4 percent year over year during the three months ending April 30, a significant improvement from the 24.6 percent decline in luxury inventory seen during the summer of 2021.

The palpable shift in the luxury market doesn’t necessarily indicate much for lower priced homes, Paul Benson of Engel & Völkers in Park City told Inman, even though higher mortgage rates are impacting both sectors of the market. But, he added that a luxury cooldown could certainly have an effect on homebuilders — which might end up impacting other buyers in the market eventually.

“Luxury sales do have a trickle down effect, though,” Benson said via email. “Large luxury home sales create confidence and momentum. These properties also have a major impact on the builders. A slowdown will ultimately help the cost of construction for lower priced homes as more supplies become available as well as labor.”

Benson said he’s noticed a slowdown in luxury sales particularly in his California markets, but the exception to that trend seems to be resort towns, where properties are still getting a lot of attention. Just within the last 30 days, he’s had two record-breaking deals in Mountain West resort towns. 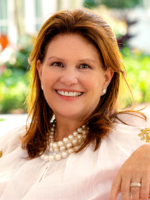 “I have observed the volume of transactions slowing, but the ultra-luxury market continues to outperform historical trends on Palm Beach Island and the surrounding coastal markets for this time of year,” Streit said. “This past week our Corcoran offices closed several properties between $2 to $4 million, two sales between $10 to $30 million and one in excess of $80 million.”

Lee added that with this market shift, agents should double down on the data and continue to educate clients on the market as it changes.

“It’s a time to be more focused on the data and conveying it [straightforwardly] with our clients,” Lee said. “They deserve that service and respect to properly measure their business steps. I share activity and feedback with my clients so they know when there is a short- or long-term shift and they know their position.”

Redfin’s report showed that luxury home sales fell in all but one of the top 50 metro areas, with the biggest drop in sales seen in Nassau County, New York, where luxury sales were down 45.3 percent year over year.

New York City was the lone metro to buck the trend, tallying a 30 percent increase in luxury sales for the three-month period ending April 30.

This story was updated after publishing with additional commentary from Corcoran Group agent Darlene Streit.

Nester Pulls The Curtain Back On Your Buyer’s...

A stark difference in cost leads to a...