The victims of an ocean-front Florida condominium that collapsed last year, killing 98 people, have reached a settlement worth nearly $1 billion in the case.

While the settlement still needs a judge’s stamp of approval, assuming it completes that final step it will award $997 million to the people who lost their homes and property when the Surfside condo crumbled on June 24, 2021, according to the Miami Herald. Families of the 98 people who died in the disaster will also get to collect compensation as part of the settlement.

Defendants in the case who will be contributing to the settlement include the condo association, various parties associated with a neighboring condo tower, the town of Surfside and a security company that oversaw safety at the building, the Herald reported.

The building collapsed around 1:30 a.m. Images taken later that morning show mounds of rubble where the front of the structure had previously stood, though parts of the building’s rear remained standing in the immediate aftermath of the disaster. Aside from killing 98 people, another 11 were injured, while nearly three dozen more were later rescued from the uncollapsed portions of the building.

In total, about half of the tower’s 130 units were destroyed in the collapse. Crews then ultimately demolished the structure — which was built in 1981 — 10 days later.

Though experts are still studying what led to the collapse, reports eventually emerged indicating an engineer had warned of cracked and crumbling concrete in 2018. The engineer specifically flagged “major structural damage,” according to the New York Times, and noted that the building needed repairs to maintain its “structural integrity.” 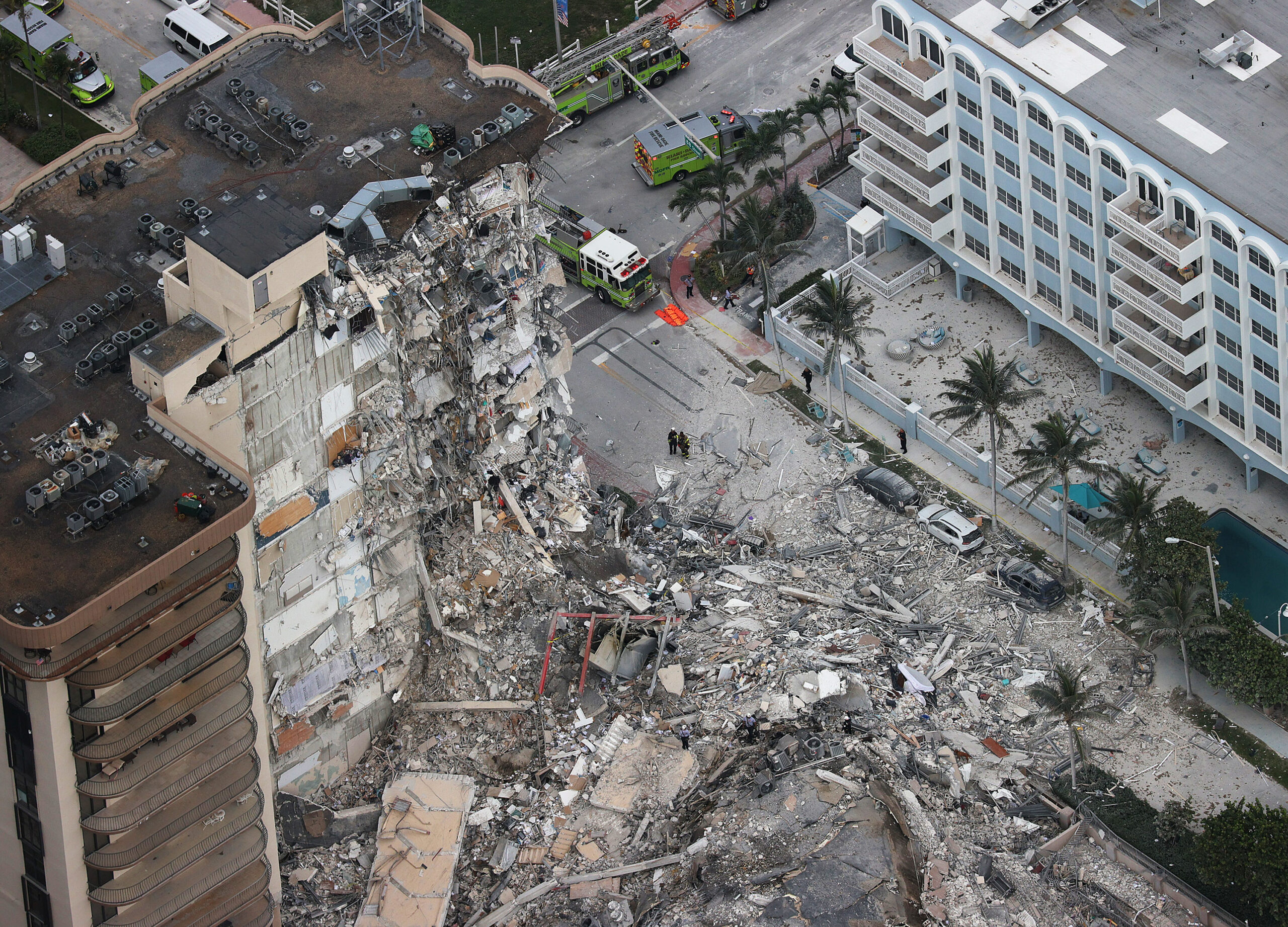 Search and Rescue personnel work at the scene of the collapse on June 24, 2021. Credit: Joe Raedle and Getty Images

News of this week’s settlement means the litigation in the case is likely coming to an end, and in a surprisingly rapid time frame. Speaking to Reuters, attorney Harley Tropin, who represented victims in the case, said his clients are pleased with the outcome.

“Our clients are a victim of a tragedy. If you lost a loved one no amount of money (is enough),” Tropin said. “But the clients are pleased with this recovery. Really pleased.”

Victims’ families similarly expressed appreciation that the case was winding down. Among them, Pablo Langesfeld, who lost his daughter and son-in-law, told the Herald that “nothing in the world can cover the loss of my daughter. I will be heartbroken forever.”

“This is not about the money,” he added. “It’s about holding those at fault accountable so this doesn’t happen again.”

The Real Reason Mortgage Rates Are Dropping at...