The Dallas-based company’s merger with Platinum Realty will add Platinum’s more than 2,100 agents to the more than 16,000 already working at United, though Platinum will retain its own brand and compensation structure.

Dallas-based United Real Estate Group announced this week that it has merged with Platinum Realty in a move that the company said will bring its nationwide agent count to nearly 20,000.

The merger will add Platinum’s more than 2,100 agents to the more than 16,000 already working at United, though Platinum will retain its own brand and compensation structure. Platinum operates 13 offices in five states in the Midwest. United, meanwhile, has 110 offices in 30 states.

The companies did not publicly disclose financial details of the deal.

“Under Scott’s leadership, the Platinum Realty team has proven that they have aligned values, and most importantly, they have a strong culture centered around the outcomes of their affiliated agents and constant innovation,” Duffy said in the statement. “We are thrilled to be part of the Platinum Realty team and are looking forward to working with them and welcoming them to the United national organization.”

DeNeve was similarly upbeat, noting that he has watched other companies align with United in recent years. 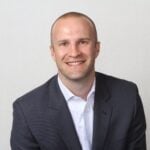 “They are realizing the advantages the relationship brings to their agents and company,” he noted in the statement. “Platinum Realty will retain its brand, agent compensation plan, which is similar to United’s, and unique culture, yet gain more leverage with United’s strong national network and industry-leading technology, agent tools and services. This is how we will evolve to move our agents forward and increase our dominance long into the future.”

The statement goes on to describe Platinum as an early pioneer of the 100 percent commission model, as well as a “a ten-time Inc. 5000 fastest-growing private U.S. company.” United, the statement further notes, was ranked No. 7 on RISMedia’s 2022 list of top brokerages by transaction sides.

Rick Haase, United’s president, also expressed excitment about the merger, saying that DeNeve “and his team built a company based on excellence and efficiency, and those key drivers have made Platinum Realty exceptionally proficient at providing what agents need to succeed in today’s changing real estate landscape.”

Tongue-Tied When Explaining Your Commission? You Need This...

5 Smart Ways to Reduce Your Fix and...

Why Pay Off A Negative Real Mortgage Rate...

overwhelmed with the cost of owning multiple rental...