Tomo In 9 States After Launching In Georgia And North Carolina

Tomo, the mortgage fintech launched last year with a focus on homebuyers, is now doing business in more than a third of U.S. markets with the addition of Georgia and North Carolina, it says.

Tomo, which announced a $40 million Series A funding round in March that more than doubled its valuation to $640 million, currently offers loans in Colorado, Connecticut, Florida, Georgia, North Carolina, Michigan, Ohio, Texas and Washington. 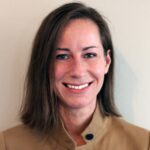 But Tomo Mortgage is also licensed in Illinois, Maryland, Oregon, Tennessee and Washington, D.C., according to the Nationwide Multistate Licensing System.

In announcing its expansion into Georgia and North Carolina, Stamford, Connecticut-based Tomo said it now covers 37 percent of the U.S. purchase mortgage market and plans to add more markets and more mortgage products later this year.

In January, Tomo announced its expansion into Florida, Connecticut and Colorado, and the addition of jumbo mortgages of up to $3 million to its product lineup.

By focusing on purchase loans and pairing its technology with local experts, Tomo claims it can deliver homebuyers a “simpler, faster, less expensive mortgage experience.”

The company is looking to fill openings in mortgage sales, engineering, design, business development and product.

Morty, an online mortgage marketplace that’s also focused on homebuyers, is now providing jumbo mortgages up to $3 million in 44 states, having doubled its headcount over the last year to 70, it announced last week.

Selling out: Your blueprint to winning multimillion-dollar listings

Compass Expands To 30A, Brings On Spears Group,...