Inman founder Brad Inman and The Agency CEO Mauricio Umansky drilled down on uncertainty amid a turning market and how its impacting brokers and agents during a discussion Wednesday at Inman Connect entitled, “What Do Agents Really Want and Need From Their Brokerages Right Now?”

At the center of the conversation was the familiar pendulum swing agents regularly navigate between the frenetic rhythm of an overheated market and the slowed-down pace of a downturn, when doubling down on marketing becomes crucial, Umansky told Inman.

“I believe this is my fourth recession I’m going through personally,” Umansky said. “There is no question that it’s pretty bad. There are so many indicators and so many things that are happening that it’s going to be difficult to pull out of it. I think the high-interest rates together with the past low-interest rates are going to cause sellers to really think about selling.”

Umansky added that it’s all about supply and demand and balance in the market. Sellers will need to get to the point where they feel enough pressure to actually lower their prices to help move the market forward. “That’s what helps [the market] get out of a recession.”

The thing that’s most hurting brokerages right now, though, is the significant drop in transactions, Umansky said.

“And right now, transactions are down — we’re down across the country somewhere in the 35-40 percent,” Umansky said. “Certain markets are down 50 percent, other markets are sitting around 25.”

Despite the decline in transaction volume, Umansky said The Agency has seen its pipeline start to gradually grow over the last two weeks, which is hopeful. It might be due to the Fed’s interest rate hikes slowing down (and possibly coming to a halt), as well as a bit more stability with the Dow Jones and S&P 500, he said.

“I don’t ever remember another time where there’s so much shit going on at once that creates uncertainty,” Inman said. “I think the elections might help, but these externalities are so real and so confounding and so difficult to figure out and we’re trusting politicians, which is scary but at the end of the day it’s up to the individual Realtor and companies to burrow through this mess.”

Meanwhile, The Agency has continued to expand rapidly over the last few years now with 64 locations across the globe, Inman and Umansky noted.

“I believe in the contrarian philosophy, smartly not stupidly, you have to do things based on what your revenue is,” Umansky said, by way of explaining the company’s expansion. “If you have strong revenue, you spend more, if you have weak revenue you spend less.”

The Agency also recently filmed a new reality TV show, which airs on Netflix Nov. 4, Buying Beverly Hills. Umansky is no rookie to reality TV, having made appearances over the course of several seasons on The Real Housewives of Beverly Hills with wife Kyle Richards. 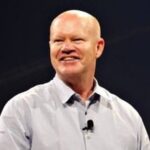 As the market shifts, younger and part-time agents will certainly be impacted the most, Umansky added, and many teams or brokerages may slim down as a result.

“All the agents that are out there who do one-off deals with their cousin or their mom, they start disappearing from the market so you start getting a tighter group of agents doing more deals,” Umansky said. “I always say the good agents, the ones who take this seriously, are going to continue doing transactions.”

The agents who work harder — which Umansky said doesn’t necessarily mean working longer hours, just working smarter and more efficiently — will be the agents who stand out in their brokerages. Throughout this recession, Umansky said he thinks that agent counts across the U.S. could decline by as much as 15 to 25 percent.

“One thing I want to say that I say to all my agents is, ‘Tough times end and tough people don’t,’ ” Umansky said.

Because of the uncertainty in the market, Umansky said it’s hard to know which large real estate companies may suffer greater consequences than others.

“Everybody’s in for some difficult times,” he said.

When it comes to eXp, he said they’ll face a challenge in the fact that eXp agents don’t have the solid brands that consumers tend to turn to during difficult times. “When you’re an eXp agent, you’re just Joe Shmo Realty,” Umansky said.

Compass, Umansky thinks, might have the toughest time since they’ve been battling with profitability since well before this downturn started.

“They’re in a difficult spot,” Umansky said. “I just don’t know how they get out of this, because during this extraordinary time, they were losing fortunes and fortunes even while everyone was making lots of money. Now they’re stuck figuring out, what are they?”