The Agency Sails Into Seattle

The office marks the firms 35th franchise to date and its fourth location in the Pacific Northwest.

Boutique luxury brokerage The Agency continues its rapid expansion with the launch of a new franchise in Seattle, the brokerage told Inman.

The office marks the firm’s 35th franchise to date and its fourth location in the Pacific Northwest. Previously, The Agency launched locations in the region in Vancouver, Cowichan and Victoria in British Columbia.

The firm’s Seattle location will be led by luxury agents and managing partners Jason Binab and Jen Cameron.

“Seattle’s housing market has been one of the hottest in the country for years, and we’re delighted to introduce The Agency brand to the area,” Mauricio Umansky, the brokerage’s CEO and founder, said in a statement. “Jen Cameron and Jason Binab’s combined record-breaking career success and industry experience make them the perfect duo to debut The Agency’s global network and cutting-edge solutions to this thriving market.”

Binab brings 17 years of experience in the industry and has sold more than $1.2 billion in real estate to date. The agent has garnered awards including No. 1 Agent in Greater Victoria by total sales volume from 2005 to 2021 (based on data from the VREB MLS service), the No. 1 team in North America and the No. 2 agent globally when he was affiliated with Engel & Völkers. 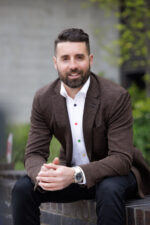 Binab has also made appearances on a number of real estate reality TV shows, including Design District and What’s for Sale With a View? Binab also created his own YouTube series, Rides With a Realtor, to combine his love of exotic cars and luxury real estate. Having grown up in Trail, British Columbia, Binab is familiar with the Pacific Northwest market and its. unique offerings.

“Living in close proximity to this flourishing city, I have been so impressed with the continued growth of Seattle and am confident that the Emerald City will hold great synergy with The Agency’s brand and vast network,” Binab said in a statement. “I am thrilled to be working alongside local industry legend Jen [Cameron] and look forward to years of success with her and The Agency Seattle team.” 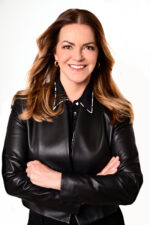 Meanwhile, Cameron will bring 23 years of experience to The Agency Seattle and has netted more than $1 billion in sales throughout her career. As a lifelong resident of Seattle, Cameron has developed a deep understanding of the market and its evolving landscape, a press statement noted. Her areas of expertise include the Eastside, Bellevue, the San Juan Islands, and especially, Kirkland, the suburb east of Seattle. She recently represented the highest-priced property on Orcas Island, which had been owned by Oprah Winfrey.

“I am honored to be a steward of The Agency’s brand and culture as it truly aligns with my own ethos and lifestyle,” Cameron said in a statement. “Being a lifelong resident of this incredible city, I am confident that The Agency will create even more success and I look forward to being at the forefront as we elevate the service and solutions for agents and their clients in Seattle.”

The Agency has been named by the Financial Times as one of America’s Fastest Growing Companies, and has consistently landed on Inc. 5000’s list of fastest-growing private companies in the U.S. over the last five years.

State where the population has boomed and what...

Growth through attention to detail: The CENTURY 21...

How to unleash ‘The Power of One More’...

Thalhimer plans seven-story apartment project across from The...