The Agency Expands To Include Mortgage And Other Real Estate Services

Luxury real estate brokerage The Agency has entered into partnerships with companies that provide mortgage, escrow, home inspection and home warranty services, with the goal of making the brokerage a “single-source solution for every aspect of a transaction.”

“Expanding our core real estate services empowers our agents to provide their clients with best-in-class service and guidance throughout the entire transaction process,” said The Agency’s Burke Smith, executive vice president of affiliated businesses, in a statement.

The Agency said the new partners complement the company’s existing divisions, which include a relocation department and The Agency Development Group, which provides marketing and sales expertise to developers.

The company said it intends to continue to expand its core services in coming months, both locally and internationally. A spokesperson for The Agency told Inman the brokerage also plans to announce a title insurance partner soon.

“The Agency’s core real estate services program meets the increased demand for consistent, high-quality, boutique-style service as we partner with like-minded, industry leaders who understand our brand’s ethos and commitment to excellence,” said The Agency’s President, Rainy Hake Austin, in a statement.

Headquartered in Los Angeles, The Agency operates more than 65 offices in five countries, which it says have closed more than $45 billion real estate transactions since 2011.

According to the Nationwide Multistate Licensing System (NMLS), Cleveland, Ohio-based CrossCountry Mortgage is one of the nation’s largest mortgage lenders, with 4,015 sponsored mortgage loan originators working out of 702 branch locations.

In April, the company noted that a record 528 of its loan officers were named to the Scotsman Guide Top Originators list, up 40 percent from a year ago. 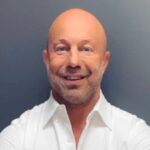 “Earning a spot in the Top Originators list is a significant professional achievement that requires tremendous knowledge, skill and a deep commitment to customer service,” said CrossCountry Mortgage Founder and CEO Ron Leonhardt Jr. in a statement at the time. “The fact that CrossCountry Mortgage loan originators are increasingly prominent in this annual ranking speaks both to the quality of our nationwide team and the resources we provide to help make every mortgage feel like a win.”

Although CrossCountry Mortgage has an A+ rating from the Better Business Bureau and a 100 percent response rate to customer complaints, the company has also received many negative reviews on BBB.org, with an average rating of 1.36 on a 5-point scale. In a recent J.D. Power customer satisfaction survey, CrossCountry Mortgage was among the five lowest-scoring lenders, with a score of 680 on a 1,000-point scale, below the industry average of 716.

NMLS records show CrossCountry has had several run-ins with state regulators over the years. Those include a 2019 consent order with the California Department of Financial Protection and Innovation, in which CrossCountry agreed to pay at least $140,000 in penalities over allegations that it overcharged borrowers for per diem interest.

More recently, CrossCountry entered into a consent order on March 9 with the Massachusetts Commissioner of Banks in which it agreed to pay a $25,000 administrative penalty to settle allegations that it mailed deceptive solicitations to refinance to residents of the state.

CrossCountry entered into the consent orders without admitting any of the allegations, or to violations of state or federal laws.

Short-term rentals are coming of age