Surplus Of Hamptons Summer Rentals Is Leading To Price Cuts

Americans heading abroad for the summer, former Hamptons renters becoming homeowners and a surplus of inventory have all led to the market’s landlords slashing their rental prices this summer.

Gone are the days of Hamptons homeowners simply naming their price and getting a renter on the spot willing to pay it for a slice of summer paradise — no matter the cost.

That was the case in the summer of 2020 when people were fleeing New York City and COVID-19 in droves and some were willingly shelling out millions of dollars to shelter in the Hamptons for the summer. Fast-forward to 2022 and the scene has been completely transformed.

Amidst more Americans venturing internationally, other former renters having bought homes and a surplus of inventory available, Hamptons landlords are slashing prices right and left.

“There is a tremendous amount of inventory and people are not renting it,” Enzo Morabito of Douglas Elliman told CNBC. “And it’s across all segments, from the very low to the very top of the market.”

The Hamptons summer rental market performed extremely well in both 2020 and 2021, but a lack of demand and an influx of supply this year have led to substantial price cuts. Median rental prices dropped 26 percent during the first quarter of 2022, appraisal firm Miller Samuel reported to CNBC. Some property owners are now reportedly cutting their rental prices by 30 percent or more to get properties rented out.

Renters also seem to be wising up to the hand they’ve been dealt this summer — Morabito reported that one waterfront rental he was representing was asking $70,000 a month, but a potential renter made a $45,000 per month offer instead.

“We were hoping the renter would split the difference, but it’s a different market right now,” Morabito told CNBC.

While American travelers have made the leap to return to Europe in increased numbers this summer, the U.S. — and the Hamptons — isn’t seeing the same influx of Europeans.

The uncertain state of the world right now may also be impacting summer travel plans for luxury clientele who in more certain times might be willing to spend a bit more freely. Factors like the war in Ukraine, inflation and a stock market that continues to decline are making the wealthy think twice before spending unnecessarily, and that hesitancy is felt strongly in the Hamptons, which has close ties to Wall Street. 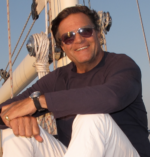 “There are a lot of questions in the air, about the economy, both locally and nationally,” Harald Grant of Sotheby’s International Realty, told CNBC. “It all effects the market.”

Former Hamptons renters who became buyers over the last two years have likely exacerbated the rental market situation this year. With the buying spree that took place over the course of 2020 and 2021, prices have grown substantially. During Q1 2022, the average sales price exceeded $2.6 million, which was up 25 percent year over year, according to Miller Samuel and Douglas Elliman. With prices up this year and fewer renters around (since many have become homeowners), it makes for a pretty stagnant rental market.

“The buyers removed themselves from the rental market,” Morabito said to CNBC. “Now, all of a sudden, the people who bought want to rent it and the renters aren’t there. So you have this huge surplus.”

How Did You Know Real Estate Was For...

Coldwell Banker CEO: Not Every Company Will Make...