In addition to shedding workers, the parent company of the nation’s biggest lender trimmed marketing, production and other vendor-related costs to beat cost-cutting goal, according to an earnings report Thursday.

The parent company of the nation’s biggest mortgage lender, Rocket Mortgage, slashed $300 million in expenses during the second quarter, helping the fintech giant narrowly avert a loss as it weathers a “seismic shift” to a smaller mortgage market.

Detroit-based Rocket Companies — the parent company of a stable of brands including Rocket Homes, Rocket Loans and Rocket Money — reported a $60 million second quarter profit on $1.39 billion in revenue, down from a $1.04 billion profit on $2.67 billion in revenue a year ago.

Rocket Mortgage originated $34.54 billion in closed loan volume, down 59 percent from the $83.76 billion generated during the same quarter a year ago, as rising mortgage rates took away the incentive for many homeowners to refinance. But the leading residential lender managed to eke more profit out of the loans it did make, with gain-on-sale margin rising from 2.78 percent a year ago to 2.92 percent during April, May and June.

In April Rocket made buyout offers to approximately 2,000 workers at subsidiaries Rocket Mortgage and Amrock that included several months of compensation, six months of health coverage, payment for banked time off and early vesting of stock incentives.

On a call with investment analysts Thursday, Rocket CEO Jay Farner said that going forward, Rocket expects those headcount reductions will trim annual expenses by about $50 million a year.

While the goal was to trim $200 million in expenses during the second quarter, “we made a concerted effort to accelerate expense reductions and took additional cost savings measures beyond the career transition plan, including but not limited to marketing, production and other vendor-related costs which resulted in a reduction in cost of $300 million dollars as compared to the first quarter,” Farner said. 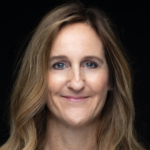 Rocket Companies CFO Julie Booth said the company continues to invest capital into the Rocket engagement and services platforms “to expand our client base, drive higher conversion, and lower our client acquisition cost, setting the foundation for our next stage of growth. We will continue to deploy our capital in a strategic and disciplined manner to generate long term shareholder value.”

The company’s new proprietary, next-generation loan origination system, RocketLogic, “drove significant efficiencies in the loan origination process by reducing the average number of underwriting tasks per loan by over 40 percent from December 2021 to June 2022,” the company said. “These improvements were made by leveraging loan data to automate certain aspects of the process, further streamlining the underwriting process, and resulting in a better client experience.”

Rocket is seeking to make the most of last year’s $1.27 billion acquisition of the personal finance app, Truebill, which will rebrand as Rocket Money this month.

This week, Rocket Mortgage debuted a new home equity loan product for debt consolidation, which will be marketed alongside of personal loans from Rocket Loans to millions of Truebill users.

The lender is also hoping to do more business with homebuyers with its new Rate Drop Advantage program, which provides a break on refinancing costs if mortgage rates come down in the next 3 years.

RocketHomes.com is now attracting close to 3 million unique visitors per month, “driven by the increased brand awareness from our award-winning Super Bowl ad and our targeted performance marketing efforts,” the company said.

6 US Cities Where Real Estate Prices Are...