Home Agent Rentals Are A Bright Spot Amid A Widespread Slowdown. But Can It Last?
Agent

Rentals Are A Bright Spot Amid A Widespread Slowdown. But Can It Last?

One segment of the housing market has endured the trials and tribulations of the pandemic, a surge in demand nationally and the subsequent downturn.

Following two years of breakneck sales and price increases, buyers have begun to retreat as the median home price climbed to an all-time high of $390,000 this summer and monthly payments on a typical home spiked 75 percent. The whiplash has stranded prospective buyers in the rental market, creating an opportunity for builders and investors.

For the time being, the rental market is one of the few holdouts in a real estate market that has otherwise slowed considerably from a dizzying few years.

“Whether it’s multifamily, whether it’s single-family built-for-rent, those are the bright spots of the housing market right now,” Robert Dietz, chief economist for the National Association of Home Builders, said. “A market that is clearly undergoing a downturn.”

Rent prices continue climbing in housing markets across the country, with some markets seeing monthly rental spikes as high as 40 percent year over year.

And while homebuilder confidence continues to drop, builders are adding to the supply of all classes of rental housing on a monthly basis.

Forecasts show that, nationwide, builders are on track to construct 420,000 new apartments this year, according to RentCafe. That would be the second straight year that builders put up more than 400,000 units, a level of apartment construction that’s unmatched in the past 50 years.

Condominium construction is also booming, but not quite at the same pace.

Builders are continuing a decades-long trend away from condo building in favor of apartments. Historically, about 80 percent of multi-family construction was rentals.

Of all multi-family construction, 96 percent are rentals rather than for-sale.

That ratio represents broader market changes away from for-sale attached homebuilding that has occurred in recent years, Dietz said.

But it also shows a strong appetite for apartment building as a growing number of prospective buyers remains locked in the rental market, which itself is hyper-competitive.

“Multifamily is benefiting from that to a certain extent,” Dietz said. “The mortgage interest rates were going to go up and that was going to price out some of the for sale demand.”

Builders are also busy with single-family starts that will indefinitely remain rentals.

The single-family built-for-rent market began to take off during the early pandemic years, and it has since continued to grow in market share.

There were 21,000 single-family built-for-rent housing starts in the second quarter, nearly double the starts from the same time in 2021.

69,000 single-family built-for-rent homes were started in the past year, a 60 percent increase from the year before, according to the NAHB.

The share of new homes constructed to add to the rental stock has doubled its historical average. While it has typically accounted for about 2.7 percent of all new single-family homes, the recent share is closer to 6 percent.

That share doesn’t account for homes that are built and then sold to investors who plan to rent them out, a figure that would be included in the new home sales figures.

“It’s [close to] tripling depending on how you measure it,” Dietz said. “And it is expanding.”

Dietz expects the market to continue its expansion as higher mortgage rates and home prices keep prospective buyers in the rental market.

Brad Hunter, a consultant who focuses on the single-family built-for-rent market, said investors benefited from the run up in prices and shifts brought about by the pandemic. 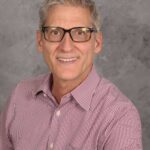 “A lot of the people who previously were looking to become homebuyers are now saying, ‘We are going to do the next best thing and rent a single-family home or rent a townhome,’” Hunter said.

Hunter expects 105,000 built-for-rent homes to be constructed this year, a figure he expects to grow.

That’s actually down slightly from original estimates for this year. Which raises the question: Could a rental market slowdown be coming?

Headed for a slowdown?

Report after report shows good news for landlords (and pain for renters).

That may be why investors have been pouring billions of dollars into the rental market nationwide, particularly across the Sun Belt and in the Southeast.

“Invitation Homes Inc., American Homes 4 Rent, and KKR & Co.’s My Community Homes are among landlords that have slowed purchases during a period of high home prices and rising financing costs,” Bloomberg reported.

That tracks with some of what Hunter has seen in the built-for-rent market.

“The investment partners that are involved with built-for-rent communities are getting wary of land deals – meaning development deals,” Hunter said. “They are still interested in the space but they’re saying land prices are likely to come down to some degree or another and home prices in some markets are starting to come down.”

“So it’s causing a little bit of a pause and also it’s raising the bar in terms of the rate of return that they require.”

But it may not be a broader slowdown, he added.

“It’s not even a dip down,” Hunter said. “We’re still going to see a higher number of homes being built-for-rent this year than last year. Just not as much of an increase as it looked like originally.”

That’s unless the market shifts first. And that shift may already be coming for the multifamily market.

“I don’t want to overstate this, but I’m beginning to hear some discussion about tightened financial conditions due to tighter monetary policy,” Dietz said. “Limiting to a certain extent or reducing somewhat the amount of capital available to go into MF developer deals.”

Get Inman’s Property Portfolio Newsletter delivered right to your inbox. A weekly roundup of news that real estate investors need to stay on top, delivered every Tuesday. Click here to subscribe.

The Oaks Section of Calabasas Has Security, Top...