RE/MAX Holdings has chosen hospitality mogul Annita M. Menogan to become its first-ever Black female board member, according to an announcement on Tuesday. Menogan will serve alongside ten other members including founder Dave Liniger, interim CEO Steve Joyce and Teresa Van De Bogart, who shareholders also re-elected on Tuesday.

RE/MAX Holdings has chosen hospitality mogul Annita M. Menogan to become its first-ever Black female board member, according to an announcement on Tuesday.

“RE/MAX Holdings is a proven leader in the real estate franchising space,” she said in a prepared statement. “I look forward to contributing to the Company’s vision to be the worldwide leader in everything real estate. It’s an exciting time to  join the board as the Company continues to evolve.”

The University of Denver Sturm Law School and Academy of Art of San Francisco Menogan graduate, has spent the past 39 years in various legal, risk and governance roles at some of the world’s top food and hospitality companies, such as The Simply Good Foods Company, The Atkins Company and the Adolph Coors Co.

Most notably, she helped revitalize Red Robin Gourmet Burgers after the company fell on hard times during the Great Recession. Menogan advised Red Robin’s board and management through Securities and Exchange Commission regulatory activity and litigation and two resulting shareholder campaigns.

Alongside holding positions at some of the world’s top companies and leading a private practice from 1983 to 1999, Menogan has lent her expertise to multiple companies through board memberships and philanthropic endeavors.

Currently, Menogan is a board member of Children’s Hospital Colorado, where she helps oversee internal audit, cybersecurity, privacy, hospital and physician regulatory compliance, risk management and licensing, through the hospital’s Compliance and Business Ethics Committee.

She also serves on boards for the National Association of Corporate Directors, Denver Kids, Warren Village and the International Women’s Foundation of Colorado. 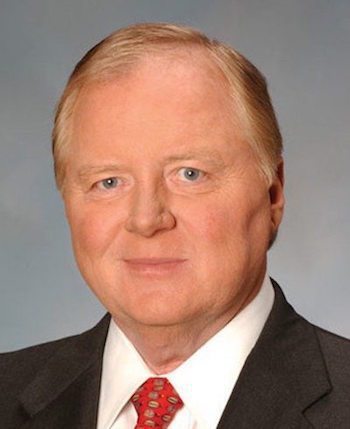 “RE/MAX Holdings remains focused on growth, and Annita’s track record of driving business strategies for transformational enterprise growth and global scale makes her a perfect addition to the talented, committed individuals who make up our Board of Directors,” Liniger said of Menogan’s experience in a prepared statement. “Her deep expertise in legal and governance matters should be tremendously valuable to the Board, the company, and its stockholders.”

In his final months, Contos served alongside two-year board member and former hotelier Stephen Joyce, who Liniger tapped to serve as interim CEO. The switches sparked concerns that all was not well at RE/MAX; however, the company logged a solid first-quarter performance with $91 million in revenue and a plan to ‘renovate’ its brokerage operations for the future.

“We’re going to have good business, ladies and gentlemen, without a doubt,” Bailey said at the company’s R4 Conference in March. “Interest rates and economic inflation — we can’t control those things now, so we’re not going to worry about them. We’re going to get prepared for the market.”

“It’s like a storm. Some people get ready once the storm is coming,” he added. “There’s a difference between getting ready for a storm and preparing for a storm. We are preparing for what 2022 and 2023 will look like.”

Vishal Garg is Back, with Plan to Save...