Suzanne Colvin is now CFO of the technology company, Williams was appointed head of industry and Place’s former CFO, Ross Clawson, has been promoted to chief administrative officer.

Place, the real estate technology company co-founded by entrepreneur Ben Kinney, announced Wednesday that it has hired a former executive from Napster and that it has made two key appointments including one involving Inman fixture Vija Williams.

The former Napster executive, Suzanne Colvin, will now serve as Place’s chief financial officer. Colvin worked at Napster for more than six years as CFO before leaving in 2010. More recently, she spent two years as the CFO of Egnyte, a software company that provides security and collaboration tools for businesses.

Colvin has “over 25 years of financial leadership experience,” a statement from place notes. She has also helped build startups, guide companies through initial public offerings and grow various companies’ revenue, according to the statement.

She is “a talented financial leader and a great addition to the leadership team,” Kinney added in the statement.

Colvin was attracted to Place due to the “purpose and mission, the people, and the clear difference Place is making for the real estate community,” she said in the statement. 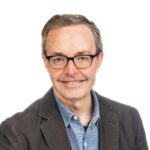 In addition to hiring Colvin and promoting Clawson, Place also appointed Vija Williams to the role of head of industry. Williams already serves as president of the brokerages division at Ben Kinney Companies.

In her new role, she will her lead industry relations for Place. Williams — who also leads a number of other ventures including a top-producing team — is well-known to many Inman readers for both her commentary on the industry and her appearances at Inman Connect events. 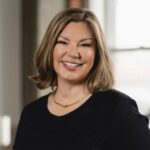 In the statement, Kinney describes Williams as “a force to be reckoned with in the industry and a phenomenal business leader.”

Williams was also upbeat in the statement, noting that she is “more excited about the future of real estate now than I have ever been.”

“I believe Place will shape the future of real estate,” she added. “Real estate teams are the front line of delivering the dream of homeownership everywhere, and Place is the company that will power those teams to deliver the total market experience to agents and consumers alike.”

The property types and sizes seeing the biggest...

Could tiny home communities be the savior of...