Rising rates and nervous consumers have set up the housing market for its “slowest fourth quarter in a decade,” according to one economist.

Pending home sales fell for the fifth straight month in October, with every single region in the U.S. seeing dropping numbers compared to a year ago, according to new data from the National Association of Realtors (NAR).

The data shows NAR’s Pending Home Sales Index — a measure of sales based on contract signings — fell 4.6 percent in October compared to September. Compared to October of 2021, pending sales were also down a staggering 37 percent.

NAR Chief Economist Lawrence Yun consequently described this October in a statement as a “difficult month for homebuyers as they faced 20-year-high mortgage rates.”

The “West region, in particular, suffered from the combination of high interest rates and expensive home prices. Only the Midwest squeaked out a gain,” Yun went on to say. 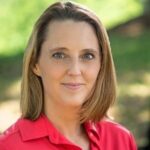 In a statement on the numbers, Bright MLS Chief Economist Lisa Sturtevant pointed to mortgage rates as the culprit behind the slow numbers and said conditions ultimately set up “the housing market for its slowest fourth quarter in a decade.” Sturtevant also notes that both buyers and sellers seem to be adopting a “wait-and-see” mentality regarding the market right now.

The slowing housing market could have “serious implications for the U.S. economy as the residential real estate sector is a major component of GDP,” Sturtevant added. However,  despite slowing pending sales, “homes still sell relatively quickly and prices are holding firm in many markets.”

Yun also offered some optimism, speculating in his statement that “the upcoming months should see a return of buyers, as mortgage rates appear to have already peaked and have been coming down since mid-November.”

Should I let my fixed-rate mortgage term end...

Empowa to Use Cardano Stablecoin Djed As A...