The new app combs through data and comes up with a maximum price a consumer should be able to afford. Opendoor believes the process will be faster and easier for consumers than traditional pre-approvals.

IBuying giant Opendoor on Thursday announced a new app that it says should let would-be homebuyers get pre-approved for a mortgage in as little as two minutes.

The app, which is called Home Finance and is now available in both Apple and Google’s app stores, as well as online. Among other things, it lets consumers browse through more than 1,000 loan programs. A blog post from Opendoor further explains that the app also “processes over 10,000 data points in seconds to estimate” the maximum home price a consumer can afford. Once going through those data points, the app presents the consumer “with loan options for which they’re pre-approved.”

The blog post goes on to say that one of the big advantages the app offers is speed.

“Most borrowers are pre-approved in under two minutes and can close loans in as fast as 21 days,” the blog post notes.

Opendoor believes that timeline contrasts with the conventional way of getting pre-approved, which involves “gathering countless documents from multiple sources,” and “endless questions about employment status or discrepancies between credit reports,” according to the blog post.

“It can take days if not weeks to get pre-approved,” the blog post notes of the traditional experience. “Just enough time to watch a dream home go to another buyer.”

The blog post argues that other advantages of the app include greater transparency and ease compared to traditional pre-approval processes.

The app is currently available in California, and Opendoor has plans to roll it out in other states in the future.

The app arrives during a boom time for Opendoor. Despite concerns about the cash-for-homes model last fall thanks to the demise of Zillow’s iBuying program, Opendoor has continued to grow and announced that it achieve profitability for the first time ever during the opening three months of 2022. That news came after multiple quarters of major growth for Opendoor.

Such growth has coincided with Opendoor’s efforts to branch out into new services. Originally conceived as a service for sellers who want to avoid the hassles of the open market, the company has since branched out into offerings for homebuyers as well — with the new pre-approval app representing the latest chapter in that story. 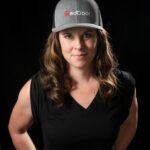 Heather Harmon, Opendoor’s co-head of OD Homes Brokerage, authored Thursday’s blog post on the new app. Harmon was previously the co-founder of mortgage pre-approval startup RedDoor, which Opendoor acquired last fall. In the blog post, Harmon said she started RedDoor, and then joined Opendoor, to confront issues in the pre-approval process “head on.” And she framed the launch of the financing app as the next step in that process.

“This is just the first step of our journey,” Harmon wrote, “and I can’t wait to bring the app experience to even more people around the country, unlocking all sorts of possibilities for homebuyers in the future.”

These are the 10 most expensive homes sold...