The National Association of Realtors installed a new leadership team this week, including a new president who will spearhead a new motor coach tour designed to boost member and consumer engagement with the trade group and the Realtor brand.

As it does every year, the 1.6 million-member trade group installed the new volunteer leaders at its annual conference, newly rebranded as NAR NXT, which took place in Orlando. 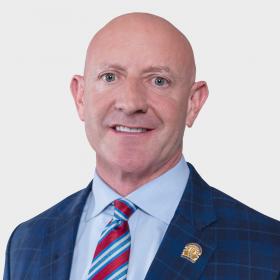 On Monday, at a NAR board of directors meeting, outgoing NAR President Leslie Rouda Smith turned over her gavel to Kenny Parcell, NAR’s 2023 president, whom she called an “outstanding leader.”

According to Shaw, one of Parcell’s key initiatives for the year is “Riding with the Brand,” a nationwide “association member activation tour” that launches Nov. 29 in Philadelphia at the Realtor Party Training Conference. The tour has planned stops or affiliated events in every U.S. state through November 2023.

“As our membership numbers approach 1.6 million, NAR is using the opportunity to better engage Realtors and emphasize their opportunities to strengthen market conditions for U.S. consumers,” Shaw said.

“Our goal is to engage thousands of members nationwide by executing visits that can support member engagement and community engagement. Riding with the Brand will raise awareness about the vast array of services and resources available to members through NAR. It will also communicate that our powerful voice in local, state, and national government depends on participation.”

The U.S. is experiencing a six-million-unit housing shortage, preventing many Americans from becoming homeowners, Parcell noted in a statement.

“Consumers are counting on Realtors to advocate on their behalf and to help ensure the American dream of home and property ownership remains available to as many people as possible,” he said.

NAR has not yet determined who from the trade group will be at each tour event, according to Shaw. “[O]ur staff are working … to schedule representative(s) to be at these events, whether that is a member of the Leadership Team, RVPs [regional vice presidents], Realtor Party Travel team, 2023 Committee Liaisons, etc.,” he said.

Parcell is broker-owner of Equity Real Estate Utah in Spanish Fork, Utah, who has sold more than 3,200 homes in his 25 years as a Realtor, according to NAR.

In 2008, he was his local Realtor association’s president, one of five people nationally appointed to NAR Young Professionals Advisory Board and the youngest person appointed to NAR’s Executive Committee in 100 years, according to his broker profile.

Parcell will be the last NAR president to serve before governance changes, designed to make the association more nimble, efficient and transparent, start in 2024. That year, NAR’s Executive Committee, which NAR’s leadership team already serves on and will continue to serve on, will grow from 52 members to 71 and take on the responsibility of approving most recommendations from NAR’s committees. That responsibility is currently held by the NAR board.

At the NAR board meeting on Monday, Rouda Smith received standing ovations from the crowd at the beginning and end of the meeting. She presided over the 1.6 million-member trade group’s first majority-female leadership team. The incoming leadership is majority male.

“This has truly been the highlight of my life,” she told the more than 1,000 people in attendance of her tenure as president. “Thank you members. Thank you for the honor and the privilege to be your president.”

The 2022 Past President Charlie Oppler praised Rouda Smith for leading during a “market that’s shifted rapidly in the last six months” and for her focus on sustainability during her tenure. In September, NAR announced a campaign spearheaded by Rouda Smith to plant 1.575 million trees by 2025, one for every Realtor.

Rouda Smith will remain a member of NAR’s leadership team as immediate past president. 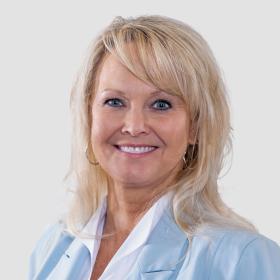 Tracy Kasper, NAR’s 2023 president-elect, is broker-owner of Berkshire Hathaway HomeServices Silverhawk Realty with three decades of real estate experience. She has served on NAR’s board since 2016, chaired NAR’s 50th Anniversary of RPAC Implementation Group and was a member of the Future of the Realtor Party Presidential Advisory Group and the RPAC State Fundraising Partnership Goal PAG, according to NAR. She was also president of the Idaho Association of Realtors and named that association’s Realtor of the Year in 2016. 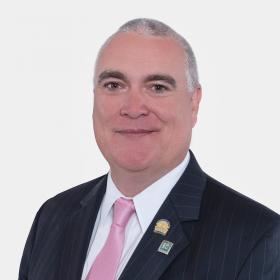 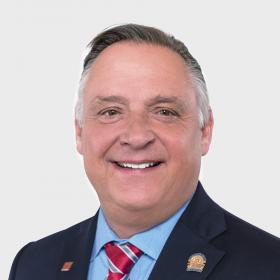 Gregory Hrabcak, NAR’s 2023 treasurer, has been a Realtor for 38 years and will serve a two-year term. He heads Hanna Commercial Real Estate’s commercial and property management divisions in Westerville, Ohio. He has been a member of NAR’s Finance Committee since 2015 and also served as president of the Ohio Association of Realtors in 2015. 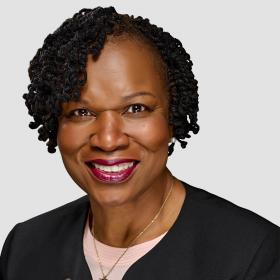 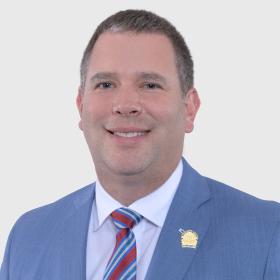 Pete Kopf, NAR’s 2022 vice president of advocacy, is a principal broker-owner of Kopf Hunter Haas Realtors in Cincinnati, Ohio. He is the third generation in his family to practice real estate and has served as NAR’s Realtor Party director, president of the Cincinnati Area Board of Realtors and president of the Ohio Realtors.

Buyside Rebrands As Percy And Expands Into Mortgage