As they pivot from refinancing existing homeowners to serving homebuyers, mortgage lenders face heightened risk from fraudulent schemes that pump up a homebuyer’s income and assets or misrepresent the value of the property being sold.

That’s according to the latest Mortgage Fraud Report released Monday by analytics firm CoreLogic, which found the risks of income fraud was up 27.3 percent during the second quarter when compared to a year ago.

Purchase loans are more susceptible to fraud and now account for more mortgage transactions than refinances, the report noted. When homeowners refinance, there’s no transfer of ownership, no sales commissions paid to real estate agents, and most of the proceeds go to a lender. In purchase transactions, borrowers may not have a strong financial history, and there are more parties involved — including real estate agents and a seller who’s receiving the loan proceeds.

“Most industry experts and risk managers state that income fraud is their number one concern right now,” the CoreLogic report said. “Fannie Mae reports income and employment fraud as more than half of their Investigative Findings in the last year.”

Tactics employed in fraud schemes range “from low-tech doctored paystubs and W-2s to schemes involving outside parties that pose as employers, working with insiders such as loan officers or mortgage brokers,” the report said. “The most diligent falsifications cross-reference and season the fake information with bank statements that show the deposits over several months.”

Last month, for example, a federal grand jury in Fresno, California indicted two real estate agents and a mortgage loan officer who were allegedly involved in a mortgage fraud scheme in the Central Valley.

“As the lending industry shifts to digital loan application processes, fraud is rapidly increasing and becoming more difficult for humans to catch,” said Ocrolus executive John Forrester, in a statement. “Detect enables lenders to quickly and confidently process more loans by proactively providing them with clear and reliable fraud signals.”

After income fraud, CoreLogic found the second largest increase in fraud by type was property fraud. Property fraud, which occurs when information about a property or its value is intentionally misrepresented, was up 22.6 percent from a year ago. 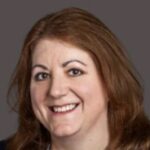 “Income fraud risk remains a top concern for lenders, but there is a rising focus on property value risk as home prices slow their growth and homes are taking longer to sell,” said CoreLogic’s Bridget Berg, in a statement.

CoreLogic said identity fraud, including the use of a fake or stolen identity, or altering a real applicants’ credit history, was up 14.7 percent from a year ago.

However, the second quarter decline was partly due to a recalibration of CoreLogic’s scoring model in the first quarter of 2022, the company said. Since the update, “higher risks were recorded during months in the second quarter, particularly for certain types of mortgage fraud.”

FHA purchase mortgages had the greatest increase in risk, with fraud suspected in 1 in 96 transactions, up from 1 in 172 a year ago.

Multi-unit properties showed the highest risk overall, with an estimated 1 in 34 transactions involving two- to four-unit properties flagged as having indications of fraud. 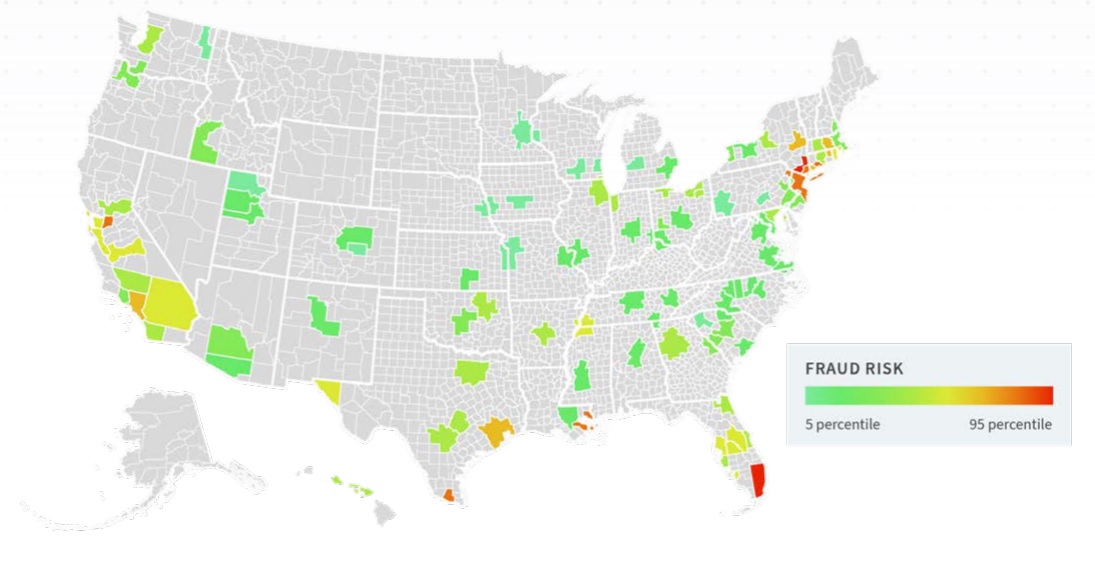 Rhode Island’s mortgage fraud risk index climbed 60 percent from a year ago, due to the popularity of FHA and VA purchase loans.

At the metro level, the top 10 Core Based Statistical Areas (CBSAs) with the highest mortgage application fraud risk were:

A C$39 Million ‘Architectural Masterpiece’ Is Now the...