For the second year in a row, the second-largest multiple listing service in the U.S., Bright MLS, found that homes listed on its platform sold for more and faster than homes sold off-MLS, according to a new study released Tuesday.

However, critics are questioning Bright’s conclusion that listing homes on the MLS is what caused those higher sales prices and faster transactions, especially if National Association of Realtors rules mean MLSs have an anticompetitive thumb on the scale.

The new study updates a previous analysis Bright conducted last year, which found that on-MLS homes overall sold for 17 percent more than off-MLS homes during a 24-month period, 2019 and 2020. The latest study encompasses that same period plus all of 2021 and the first quarter of 2022.

Bright, which has more than 100,000 agent, broker and appraiser subscribers, looked at 841,266 home sales across its six-state Mid-Atlantic footprint in that 39-month period. By examining Bright’s listing data and public records the study found that 83.4 percent of those sales were sold on-MLS — significantly higher than the 74 percent in last year’s study. The on-MLS properties sold for 13 percent more during that time, amounting to an additional $45,471 to the seller for the typical home, according to Bright.

“Over the past few years, demand for housing has been very strong and homes have been selling briskly, often above the seller’s asking price,” said Bright MLS Chief Economist Dr. Lisa Sturtevant in a statement.

“This research shows that even when homes flew off the market with little prep, there was a clear benefit to listing a property on Bright MLS, which offers the widest exposure for your home, including ensuring that your property is visible to homebuyers nationally.”

Sturtevant authored the study along with Ken Schneider, Bright’s vice president of strategic initiatives, and Kevin C. Gillen, a senior research fellow at the Lindy Institute for Urban Innovation and adjunct professor of finance at Drexel University.

Bright attributed the difference between last year’s study and this year’s study — on-MLS homes selling for 17 percent vs. 13 percent more — to a “more rigorous statistical analysis” that accounted for property and neighborhood attributes, including the age of a home, its square footage, distance to a region’s central business district, and census tract data on homeownership rate, median household income, share of multifamily units, share of households with two or more people, share of married-couple households, share of adults with a bachelor’s degree or higher, and share of the population age 65 or above.

“Working with an external PhD economist, we employed the empirically-sound multivariate regression approach which we were not in a position to do last year,” Sturtevant told Inman via email.

Including more than three years of data in the new study allowed Bright to see how the patterns of on-MLS transactions changed during the coronavirus pandemic, according to Sturtevant.

The MLS attributed the increase in premium over the years to a “particularly competitive” housing market.

“A home listed on the MLS attracts more prospective buyers who were eager to buy during the fast-paced pandemic housing market,” Sturtevant said.

Given that the housing market has been shifting in recent months to one that economists have said is returning to a pre-pandemic “normal,” Sturtevant said it was possible that the on-MLS premium in such a market would be closer to that in 2019 rather than in 2021, “although we’re likely to remain in a low inventory environment for some time.”

Office exclusives, but only for nine months

Bright has previously noted that properties sold off-MLS were generally sold either as for-sale-by-owner (FSBO) properties, to companies that buy homes through instant, cash offers (known as iBuyers), or through office exclusives, in which a listing agent only markets a listing within their brokerage firm. The latter must submit a form notifying the MLS that a seller has chosen this option.

Bright’s new study found that office exclusives were 3.4 percent of properties listed on its MLS between April 2021 and December 2021. Of those 5,599 listings, nearly two-thirds, 63 percent, ended up not selling as an office exclusive and ultimately sold through the MLS, according to Bright. About an eighth, 12.6 percent, sold off-MLS, and nearly a quarter, 24.4 percent, had not sold as of the end of March. 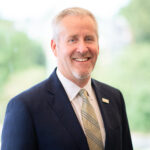 “There could be a specific reason why someone might list their home exclusively with an agent, and not on the open marketplace facilitated by the MLS, and they may be willing to sacrifice the potential lost value,” said Brian Donnellan, president and CEO of Bright MLS, in a statement.

“However, when a property is marketed through a limited number of agents in a specific market area, many potential buyers are excluded from the process, creating an unlevel playing field for consumers that goes against the fair housing practices the industry is working hard to promote.”

‘Tells us nothing about “performance”‘

“Really, the only conclusion one can actually draw from that data is that On-MLS homes have a higher median sale price compared to Off-MLS homes,” he wrote. “But consider the possible reasons:

“And so on and so forth. The ultimate sale price tells us nothing about ‘performance’ of one method of marketing over another.”

Hahn suggested using other datasets, such as data from Compass and Zillow, to compare list-to-sale price ratios to see whether marketing a property on MLS actually caused higher sales prices rather than just being correlated. Bright’s new study does not do this.

“Bright’s study analyzes the most robust set of data available, and draws the most statistically valid conclusions possible,” Sturtevant told Inman in response to Hahn’s critique.

“Here, we see a clear pattern demonstrating that the MLS creates a transparent, open marketplace for homes, whereas listings promoted either by individuals or agents outside the MLS do not achieve those results.”

She also said that Bright had addressed Hahn’s questions about different types of homes by controlling for property and neighborhood characteristics.

Homes that sold for less than $45,000, were new construction, had a total living area of less than 500 square feet and co-op listings were excluded. Short sales, foreclosure or sheriff’s sales, sales with corporate buyers, multi-parcel sales, bank sales, and homes purchased by investors and sold within 12 months were also filtered out of the analysis.

Outliers of the top and bottom 1.5 percent were removed for total living area, price per square foot, and sales price, according to Bright.

Bright did not compare by price per square foot or control for property characteristics such as lot size, amenities, number of bedrooms or property condition.

NAR rules could explain why MLS-listed homes sell for more

Will Fried, a former REX data scientist and current consultant for REX, told Inman the study failed to control for “several important confounding variables” and those variables may explain why homes that are sold on Bright tend to sell for more than FSBO listings that are sold off the MLS.

For instance, Fried noted that all homes listed on Bright must comply with a NAR rule that forces them to offer a preset commission to a buyer agent, which may ultimately lead to higher sales prices if listing brokers offer the area’s typical commission in order to discourage buyer agents from steering their clients away from homes offering less. That rule is currently the subject of multiple federal antitrust lawsuits against NAR and major real estate franchisors. 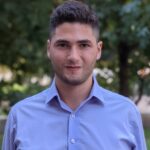 “On the other hand, FSBO sellers are under no obligation to offer a preset buyer’s agent commission. Therefore, buyer’s agents are incentivized to steer their buyers away from FSBO listings either because they don’t want to deal with the hassle factor of having to negotiate their commission with the seller or because the seller isn’t willing to pay them the commission they expect.

“This, in turn, would reduce the demand for FSBO listings and result in lower sale prices. Therefore, the difference in sale price between MLS listings and FSBO listings may be attributable to steering rather than the ‘open, clear, and competitive marketplace created by the MLS.’”

Fried also noted that all sellers whose properties are listed on Bright must be represented by a brokerage member of the MLS, likely a full-service listing agent. By definition, a FSBO seller is unrepresented. Therefore, the difference in sales price between MLS listings and FSBO listings may be due to listing agent representation rather than whether the listing appears in the MLS, according to Fried.

Fried also said the study should not have lumped all off-MLS listings together and instead “should have separately compared MLS sales to FSBO sales and MLS sales to office exclusive sales, as these two types of transactions are radically different from each other.” In addition, he said the $45,000 threshold was not enough to filter out transactions between family members because “most of these homes, while sold at a discount, are almost certainly sold for more that $45,000.”

However, Fried’s biggest critique concerned an optional NAR rule that allows MLSs to require brokers to display MLS and non-MLS listings separately. The rule is the subject of a lawsuit REX filed against NAR and Zillow in March 2021. The suit alleged antitrust violations because the NAR rule prompted Zillow to separate non-MLS listings from MLS listings on its website including listings from REX, allegedly leading to less traffic for REX listings.

Bright’s study fails to acknowledge that this rule, which Bright has chosen to adopt, “is in part to blame for the inferior outcomes experienced by sellers who list their homes for sale by owner,” according to Fried.

“The study asserts that ‘the MLS provides a tangible benefit to buyers, as it ensures all prospective buyers have equal access to information on all homes available for sale,’” Fried said.

“But in fact, the MLS only ensures that buyers have equal access to information on homes that are listed on the MLS. This is because of NAR’s no-commingling rule, which has forced Zillow and Trulia to relegate off-MLS properties, such as FSBO listings as well as many new construction and auction listings, to a secondary tab that many buyers never even notice.”

“Given that Zillow and Trulia are two of the four largest real estate aggregators, this bifurcated display has almost certainly contributed to the lower sale prices of these FSBO listings,” he said.

“Therefore, while Bright MLS purports to be working entirely in the best interest of consumers, the no-commingling rule it has adopted suggests otherwise. This rule makes it more difficult for buyers to find off-MLS listings that match their search criteria. And it restricts consumer choice by pressuring sellers to list their homes on the MLS instead of for sale by owner.

“Unfortunately for sellers, this route is almost always more expensive. Not only do they need to hire a listing agent or pay a flat fee to be listed on the MLS, but they also need to abide by the MLS mandatory offer of compensation to buyer brokers policy, which is currently under intense antitrust scrutiny for allegedly inflating seller costs.”

In response to Fried’s critiques, a Bright spokesperson told Inman, “We understand that REX has effectively shuttered operations and is suing NAR and Zillow. We cannot comment on the wisdom of that decision, all of which relate to their comments here.”

Earlier this month, REcolorado became the first MLS to rescind the no-commingling rule after adopting it nearly two decades ago.

The Perfect Time To Upgrade To Your Move-Up...

Apparently Ghosts Are Real, Because You Have To...