Someone applying for a typical Manhattan apartment would need to make a salary of $157,000 per year in order to afford the rent.

Manhattan has long been an expensive place to call home, but the city outdid itself in May when the median rent price hit a whopping $4,000, according to Douglas Elliman and Miller Samuel’s May 2022 rental market report.

A sharp contrast to pandemic days of rent price drops in the city, the median rent was up 25.2 percent year-over-year to $4,000, with net effective median rent (face rent value minus landlord concessions) up 29.8 percent year-over-year to $3,942. This marks the first time, ever, that the city’s rent has reached such outstanding heights, and is a sorry indication of the area’s affordability.

In fact, someone applying for a Manhattan apartment at a $3,925 per month ask, would need to make a salary of $157,000 per year under the 40 times rent rule that many landlords follow, which suggests renters make an annual salary of about 40 times the monthly rent on their apartments. Too bad for individuals who don’t bring in a six-figure salary.

“Rents have never been this high,” Jonathan Miller, president and CEO of Miller Samuel, told the New York Post. “As we continue to see record rents being set, that also means the threshold for salary is going to rise.”

The surge in prices comes amidst a rise in lease signings and a drop in inventory, as New Yorkers have returned to the city with most schools and offices now reopened, and remote workers have seized the opportunity to live in the Big Apple. Inventory took a 70 percent hit year-over-year as available rentals dropped from 19,025 units in May 2021, to 5,776 units in May 2022.

Waterfront rentals in Queens also climbed significantly, with the median rent in northwestern Queens hitting $3,126, up from $2,581 the previous year. The borough’s median rent for a studio rose nearly 33 percent year-over-year from $2,050 last May, to $2,720 in May 2022.

Unfortunately, rents aren’t expected to come down from their great heights anytime soon — with college grads moving into the city for new jobs in the next few weeks and more would-be buyers turning to rentals due to high prices and mortgage rates, competition may become even more heated. 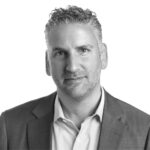 “I’ve been doing this for over 20 years and I’ve never seen inventory and the demand where it is right now,” Hal Gavzie, executive manager of leasing at Douglas Elliman told The Real Deal. “Rents just keep going and I don’t really see any signs of them slowing in the immediate future.”

Transitioning into fall, inventory has the possibility of receiving a boost from some renters leaving the market since they can no longer afford it, Miller told The Real Deal.

“New leasing peaks in August every year so I would think the potential for easing the rate of growth might not happen until the fall,” he said.