EXp Realty has continued its rapid growth by launching a luxury division this month, eXp Luxury.

Michael Valdes, eXp Realty’s chief growth officer and a vet of the luxury real estate space, said the new program comes after a great deal of detailed planning, execution and years of welcoming luxury agents to eXp without having a distinct space for them within the brand.

“As the largest independent real estate company in the industry, we have a strong amount of our agents that are already in this space,” Valdes told Inman.

The luxury real estate program will benefit from eXp’s hallmark tools and technology and the brokerage’s established brand and agent-focused business model. Luxury agents who join the program will also receive advertising placement with SUCCESS Magazine, a professional development magazine published by a subsidiary of eXp World Holdings, and other premium brand partnerships, as well as access to eXp’s global network of luxury agents.

“I saw the strength of what eXp was as an independent company around the globe in 22 countries and the idea of having a luxury deliverable in a global space was something that I was extremely excited about,” Valdes told Inman. “We found the right deliverables and it’s something that we have, some of the offerings that are part of the luxury program, that absolutely nobody else can do — specifically, SUCCESS Magazine and other deliverables which make this a very viable product in the industry and across the globe, which is more important.”

Valdes noted that over the past two-and-a-half years since he joined eXp, the company has expanded into 18 additional countries. In a number of those countries — the U.K., South Africa and India, for instance — eXp Realty ranks in the top 10 of all estate agencies. That strong global network can be a huge asset to luxury agents and may differentiate eXp’s luxury division from other brands since luxury agents often source buyers for ultra-luxury properties internationally or work with U.S.-based clients who want to invest abroad.

“When you start looking at other companies that are close to our agent count size, they’re all a franchise model,” Valdes said. “So they’re very fragmented. If you have somebody that is in New York that is looking to buy a property in the south of France, or in Italy, or wherever the case may be, you have to go out and try to find and have a relationship with somebody that you don’t know who is only sort of related by the fact that they’ve bought a franchise that has the same name as [yours does]. But, [at eXp], you’re trying to create a relationship here as one company. All of the global leaders are all very accessible — anybody, anywhere in the world can reach anybody else. We have no borders within our own company.”

Agents who want to join the luxury program will first be vetted as true luxury agents, Valdes said. That will involve an application process in which agents will have to show that they’ve held listings that represent a price point three times the average sales price of their local MLS board, or listings above $1 million, by providing an MLS statement that shows they’ve held such listings several times.

Agents who are not already luxury agents but would like to join the division can do so through luxury certification courses, coaching, monthly masterminds and events that the brokerage will provide. A four-member council of seasoned luxury agents will also advise and guide luxury agents in growing their brand and provide insights to eXp’s leadership team to continue growing and improving the division.

Janie Coffey, of The Coffey Team at eXp, is a member of the luxury advisory council and told Inman she was excited to help spearhead the division, which had been a long time coming for the brokerage. Coffey joined eXp about a year ago, after spending three years at Compass and before that, about seven years at different Sotheby’s International Realty franchises.

“Myself as well as probably two dozen other current luxury agents were really pushing and wanting eXp to create the division because enough people from very, very high-end luxury backgrounds have come over to eXp, that finally kind of gave them the push to push it over the finish line,” Coffey said. “And everybody is so excited. We were hoping to have like 100 people maybe get on board when they rolled this out at EXPCON and there were over 600 people in the audience alone interested in hearing about the topic; they had to open up the room larger three [different] times to get all the people in.”

In helping to launch the luxury division, Coffey said she has three primary goals: To give luxury-specific support to the existing luxury agents at eXp; to provide tools, training and support to existing non-luxury eXp agents who want to break into luxury; and to show luxury agents at outside brokerages that the company now has the tailored-for-luxury tools, support and networking power to support their business with eXp’s agent-centric model.

Tina Caul, of Caul Group Residential, joined eXp Realty back in April 2019 and long lamented with her fellow agents the fact that there wasn’t a luxury division at the company that had luxury-specific marketing materials and logos. 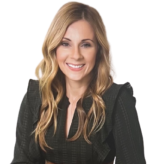 “I found that it was hard, not so much to convince the agents at the company that we do luxury because obviously we’ve got agents that sell $30 million houses, [but] it was the outside agents looking in at eXp thinking, ‘I don’t see a luxury presence there,’ ” Caul told Inman. “So I actually was looking for different solutions.”

Caul found a few different plug-and-play solutions that she could have contracted with outside companies to help her create the luxury marketing she was looking for. But she ultimately decided that taking that kind of action wouldn’t be as satisfying or helpful to her fellow agents if it didn’t serve the brokerage as a whole. So she brought her ideas to Valdes and Dave Conord, eXp Realty’s president of North American operations, and the two executives took her ideas and were finally able to make the project a reality. Caul is now also a member of the luxury advisory council.

She said one of the program’s components she’s most excited about is the monthly luxury mastermind collaboration when luxury agents will come together to discuss their strategies and best practices — something she called a “brain trust of power.” Additionally, she’s excited that agents will now have luxury listing presentation tools, access to advertising in publications like The Robb Report and The Wall Street Journal and streamlined luxury logos. 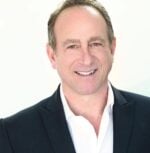 Another luxury advisory council member whom Inman spoke with, Ed Kaminsky, joined eXp Realty about a year-and-a-half ago and brought his expertise in sports relocations to the brokerage. Kaminsky has been running SportStar Relocation for over three decades. Now that the brokerage has a luxury division, Kaminsky said they’ll be folding the sports and entertainment specialists under the luxury division’s umbrella.

One of his primary initiatives at the new division will be to show luxury agents how to succeed in the sports relocation niche, “how to break into that market, how to protect your growth, how to grow within that market, and then staying connected with agents across the country for cross-country referrals,” he said.

But launching an entirely new division will not be without its challenges, even for a company like eXp Realty, which has been around for about 13 years. For starters, effecting change across a brokerage of 85,000 agents will be no small feat, Caul said.

“It’s like we’re trying to move the Titanic,” she said. “It’s like this big ship of 85,000 agents and when you learn something new, there’s lots of questions. There’s lots of little issues that will probably come up that we didn’t even think of, so I think it’ll be getting everybody pointing in the right direction.”

Additionally, changing public perception about what kind of company eXp is and what it can offer agents and consumers will take some time.

“It’s also getting other outside brokerages that are perceived to be luxury, [getting] those agents to believe that eXp’s value proposition can support their goals, their dreams and their businesses in the luxury space.”

Home sellers are realizing it’s no longer their...

8 Expert Tips for Renovating the Exteriors of...