Keller Williams’ expansion into Switzerland comes as part of a broader international push for the franchisor, and for the broader U.S. real estate industry.

Amid an ongoing global push, Keller Williams announced Wednesday that it is expanding into Switzerland via a new master franchise in the famously neutral country.

The franchise was awarded to Christian Fabre, who will serve as operating principal. According to a statement from the company, the Swiss franchise “is currently initializing operations” and should open its first market center — Keller Williams’ term for an office — during the first quarter of next year.

Fabre has worked in real estate for 20 years and is also the regional director of Keller Williams in France. The statement notes that over the past five years he has led efforts to set up 55 market centers housing serving more than 2,800 agents in both France and Monaco.

He said in the statement that he is “proud to have been awarded KW Switzerland.”

“We hope to replicate our success with KW Switzerland through providing new opportunities for agents in this country and helping KW gain a larger market share in Europe,” Fabre added in the statement.

Keller Williams’ expansion into Switzerland comes as part of a broader international push for the company. In July, for example, the company announced that it was launching a new master franchise in Santa Cruz, Bolivia. In May, it expanded to Bonaire, a Caribbean island off the coast of Venezuela. The company has also recently launched new franchises in Saudi Arabia, Brazil and Morocco.

Overseas growth has also become an increasingly pivotal part of growing Keller Williams’ ranks, with Tuesday’s statement noting that international agent count is up 22.7 percent since the end of August 2021.

Keller Williams’ international expansion also highlights an increase in globalization generally in real estate. Rival brokerage eXp Realty, for instance, has also made a push into new overseas markets such as Poland, Chile and Dubai. And The Agency, a smaller-by-comparison but fast-growing luxury brokerage based in California, has recently pushed into both the Netherlands and the Bahamas.

The list of international expansions could go on, but the point is that U.S. companies are growing into foreign markets right now at a pace that has likely never been seen before.

In Keller Williams’ case, Switzerland represents the sixteenth master franchise in Europe, with others located in he United Kingdom, Portugal, France, Greece, Italy and other countries. In total, the company has more than 300 market centers outside the U.S. and Canada, as well as 16,613 international agents, according to the company’s statement Tuesday. 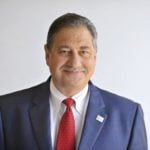 William Soteroff, president of Keller Williams World Wide, said in Tuesday’s statement that the company’s international expansion “fulfills a dream that started with Gary Keller nearly 40 years ago.” He also expressed optimism about Fabre leadership of the new franchise.

“We’re excited to announce KW Switzerland, which we expect will prosper under the leadership of Christian Fabre,” Soteroff said, “who has a strong, proven track record of continued growth within our master franchises in France and Monaco.”

Why You Should Stop Letting Fixer-Uppers Intimidate You

Explore the vast and impactful world of digital...