The real estate franchisor has subpoenaed the discount brokerage for recordings of all in-bound calls, not just those purporting to show agent steering, in multibillion-dollar class-action case.

Keller Williams obtained permission from the U.S. District Court for the Western District of Missouri to issue the order after the plaintiffs in the case deposed Will Fried, a former REX employee and current REX consultant, at the end of April.

According to a May 10 legal filing from Keller Williams, REX, which is not a party to the lawsuit, voluntarily provided the plaintiffs’ recordings of phone conversations between real estate brokers and REX representatives purporting to show that rival brokers steer buyers away from REX-listed properties. Steering is generally considered a violation of agents’ fiduciary duty to their clients under the law as well as the Realtor Code of Ethics.

“Mr. Fried selectively picked and shared with Plaintiffs only certain of the calls that REX recorded and transcribed and, if Plaintiffs seek to use these recordings in this case, Defendants deserve an opportunity to discover the contents of other recorded calls and evaluate how they might bear on the issues in this case,” attorneys for Keller Williams wrote.

REX publicly released some of its recordings a little over a year ago. At the time, the discount brokerage credited the recordings with contributing to the U.S. Department of Justice’s interest in taking on some of the National Association of Realtors’ rules. NAR is currently under DOJ investigation.

In the released recordings, after agents call REX about a REX listing and are told that REX either expects buyers to pay their own agents or that REX doesn’t offer buyer agents a preset commission, the agents refuse to show the listing. The agents’ responses are:

Keller Williams co-founder Gary Keller has been singled out by plaintiffs’ attorneys in the lawsuit, known as Sitzer/Burnett, as the alleged head of a conspiracy between defendants Keller Williams, the National Association of Realtors, Realogy, RE/MAX and HomeServices of America to inflate homeseller costs.

The suit, first filed by Missouri homesellers in 2019, accuses the defendants of violating the Sherman Antitrust Act by enforcing an NAR policy, sometimes known as the buyer broker commission rule or the participation rule, that requires listing brokers to offer a blanket, unilateral offer of compensation to buyer brokers in order to submit a listing to a Realtor-affiliated multiple listing service.

The suit, like a bigger federal case in Illinois brought by homeseller Christopher Moehrl, seeks to have homebuyers pay their broker directly, rather than having listing brokers pay buyer brokers from what the seller pays the listing broker. 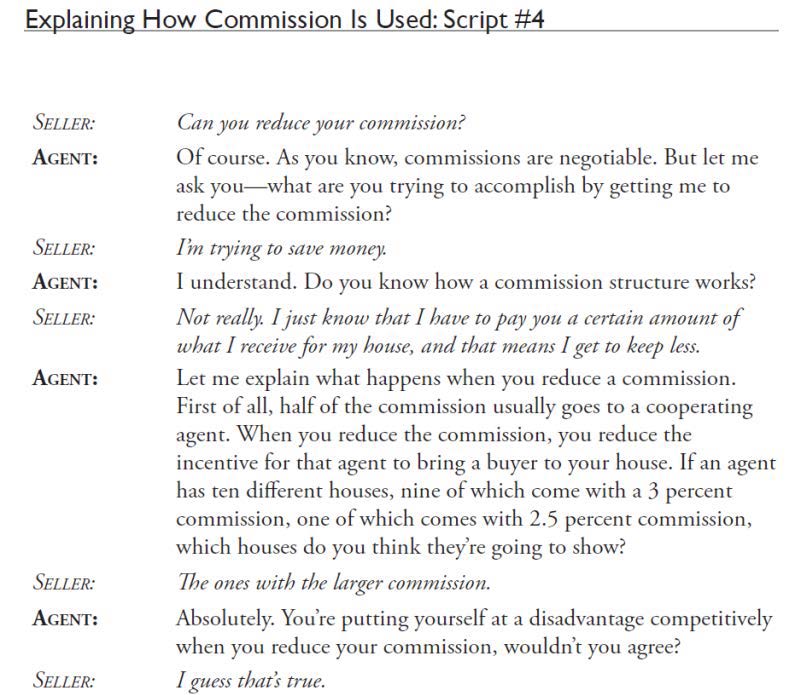 Sitzer/Burnett won class-action status in April, meaning that hundreds of thousands of homesellers in four MLS markets in Missouri can ask to be reimbursed for $1.3 billion in commissions they paid to buyer agents in the past eight years — plus potential treble damages. The defendants in the case are currently seeking permission to appeal that class certification, though they face long odds.

‘Housing market is looking increasingly vulnerable with a...