Teams are growing, changing and evolving rapidly, as new agent ranks swell, prices rise and uncertainty is ever-present. May is Teams Month here at Inman. Come along with us as we delve into teams today. Follow along with our weekly email newsletter Teams Beat to stay in the loop all year, sent every Thursday, sign up now.

But from a young age, he learned what it meant to develop a strong work ethic while growing up in Adelaide, Australia. That work ethic helped him to eventually gain a healthy clientele in his real estate business and attract other agents to want to work with him.

Today, he leads a five-person team that was first born in 2005 at Calibre International Realty and is now at The Corcoran Group in Miami Beach. Johnston has also climbed the ranks to become the No. 1 Realtor in his market, according to Corcoran. In 2021, the team brought in $704 million in sales volume and was ranked the No. 7 small team by volume by RealTrends.

Inman recently spoke with Johnston about his motivation for leading a team and some of the challenges he faces operating in Miami Beach. Here’s what he had to say, edited for brevity and clarity.

Inman: Why did you want to start a team? 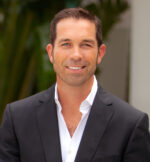 Julian Johnston: As I became more successful in real estate, I had a lot of people calling me all the time and … [I] was by myself, and then I got an assistant and then a second assistant, and then I had people ask me to join and they wanted to learn. I suppose I wanted to impart some of the knowledge that I had learned from other people.

I wanted to create my team so it would free up some of my time and I wanted to teach other people … and give them direction and keep them focused and help make them successful.

What are some of the challenges you face in your role — either from a real estate market or management perspective?

During the busier times, which it has been very busy during COVID, I’ve had a lot more people wanting to join my team because a lot more people entered into real estate … but they weren’t really focused. It wasn’t like [I wanted] the biggest team. In fact, that’s not my goal. I’d rather keep it more boutique and be more in touch with each other so we can all go out [together].

And the challenging part is keeping them focused … and to sort of adapt to the way I do it. There are certain protocols for handling [deals], so everyone knows how it’s handled. And the clients get the result they’re looking for because they’re obviously partially giving listings to the group or the team because it has my name. I want a certain level of service.

I think the challenging part as this market gets busier is you need to stay focused on what you’re doing and not spread out too much — maintain quality and look after your clients.

You mentioned that other agents wanted to work with you because of your thriving business. You’re also currently the top Realtor in Miami Beach. What sorts of qualities in yourself do you think have helped you earn that spot?

I don’t know if being Australian has really anything to do with it, but it’s kind of like how you’re brought up. I always had a very strong work ethic growing up. I always did everything for myself first if I could, sort of had the “bootstrap and get it going” [mentality]. Where I grew up was like a big country town. I always felt like, you’re going to see someone again so you always are very polite and friendly.

And that’s kind of how I treat my clients — I was never interested in doing just one deal with a client and I always tell them, “We’ll work out this deal and we’ll get it done and whatever we have to do will get done because I’m not interested in doing this one deal, I’d rather have a good relationship with you and work with you over the years and do multiple deals.”

I think that sometimes they[‘ve seen] me go the extra distance and … I think that my clients appreciated that. And in general, they referred me to a lot of other clients and I’ll tell them what I thought about each project or each property. And … they just appreciate the fact that I was successful. But it wasn’t from anything other than hard work.

What are some of the unique challenges of selling waterfront homes?

Having been here for 22 years or thereabouts, I’ve seen a lot because there are only about 700-plus waterfront homes in Miami Beach — there’s not a huge inventory.

In the 2000, 2001, dot-com boom there were a lot of millionaires coming into Miami Beach and buying properties [and] that was also the start of impact windows and new construction techniques and the sort of modern housing boom that was born in 2000. We were able to build slightly bigger homes and with more living year-round with big living rooms, open floor plans, open glass, lots of light, especially on the water when you want to see the water.

Then we saw the evolution of questions of rising water and how that would affect sea walls and houses. There’s a lot of mitigation techniques that they’ve now introduced and one of them has been to build the house higher so they’re planning for like, 50 years.

But I think also, the homes on the Venetian Islands when I used to sell them [in the early 2000s] they were like $1 million. But now, there’s homes that sell for $40 or $50 million. I think it’s the evolution of the clientele and people that have moved to Miami — in the 2000s, there were more clubs and restaurants, and now, there’s an amazing art scene, amazing food scene, education.

There’s just a lot of opportunities in Miami and a lot of the companies that have moved here, especially since COVID, a lot of finance companies that never had a presence in Miami before, and I think Miami truly has become one of the most important cities in the country.

Last year, there was a terrible condo building collapse with few survivors in Surfside, which isn’t very far from Miami Beach. How did that impact you and your clients? Has it changed how you do business?

Obviously, it was an incredibly unfortunate and very sad thing that happened. And that building was pretty much unfettered and a lot of repairs had been deferred and I think Miami, in the last, you know, 10, 20, 30 years, had a lot of older residents that were living in buildings, and, getting older, they didn’t really want to make big investments in the building, because they perhaps didn’t feel like they were going to be there for 30 or 40 years.

And so, there are buildings like that and others that sort of always pushed maintenance and concrete repairs down the line to get someone else to take care of [and then they got] a wake-up call, but we live in an environment where we’re on the ocean and saltwater does get into the concrete and it does cause falling and it does weaken structures. And there’s been a couple of other buildings, I know there were like 52 condos that were pretty much declared unsafe, because in those buildings, the residents had also deferred the maintenance.

So a lot of my clients have been avoiding some of the older buildings that have a lot of those issues. [The city has] gotten good at identifying the buildings that haven’t been kept up and then saying they’re unsafe and now the residents in the buildings have to upgrade them, or we’re seeing some buildings being sold, with one selling for $500 million and 400 or 500 residents are selling all the units at once and then everything is going to be leveled and they’ll start again because the building is too far gone.

So for the most part, my clients are very wary of the older buildings that were built before the ’80s, especially if they haven’t been maintained. They definitely scrutinize the condo documents and the minutes from [condo board meetings] and any maintenance reports.

It’s been a learning experience for me, because it took me a long time to learn, myself, how to manage people. Then I realized, I did it to benefit them. But it’s also benefited me — I’ve learned a lot from teaching other people.

I’ve learned to be patient and understand that everyone has their own way of doing things and that the biggest thing learned for me, in particular, is whatever characteristics they have, that they’re also successful when they join my team, and just identifying what made them successful and really getting them to focus on that … it’s been very rewarding to see them happy and successful.

These US housing markets are slowing more than...