International Buyers Are Back — And They’re Thirsty For Secondary Markets

Homebuyers have faced hurdles amid a shifting housing market — prices are up, mortgage rates continue to climb and inflation is inflicting pain to the bottom line.

But not all buyers are feeling the pain equally. Despite heftier prices, luxury international buyers who have cash to spend have renewed their interest in investing in U.S. real estate, and in this gradually cooling market, they now have less competition.

And as their buying power amplifies, luxury international buyers are also expanding their horizons beyond metropolitan hubs like New York and Los Angeles to secondary markets that U.S. buyers have favored in recent years in response to the COVID-19 pandemic and rising home prices.

Between April 2021 and March 2022, international buyers bought $59 billion worth of U.S. residential real estate, according to the National Association of Realtors’ (NAR) 2022 Profile of International Transactions in U.S. Residential Real Estate. That figure was up 8.5 percent from the previous year, breaking free from a three-year pattern of declines in international buyer activity.

All-cash transactions made up 44 percent of international buyer activity during that period, almost twice the rate of existing-homebuyer purchases overall.

According to NAR’s report, the top five countries that international buyers came from included China, Canada, India, Mexico and Brazil.

International buyer activity seems to be varying widely by market, according to agents Inman spoke with. But in markets where they are active now, they’re ready to spend their cash, despite the U.S. dollar’s value going up recently compared to other foreign currencies. 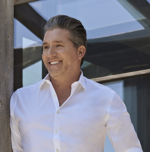 “Now with the COVID restrictions lifted, we’re seeing a lot more traffic from, we had someone from Africa the other day … and obviously Europe, and everywhere else. So it is opening up,” Chris Cortazzo of Compass in Malibu told Inman.

Over in Los Angeles, Tomer Fridman of The Fridman Group at Compass said he’s seen an overwhelming wave of Chinese buyers in recent months.

“[There’s been] an immense, immense flood of Chinese buyers coming into the U.S., into Los Angeles,” Fridman told Inman at the end of July. “I don’t know about the rest of the U.S., but I know in Los Angeles, absolutely. Huge, huge amount.”

That flood of Chinese buyers comes in the wake of the country’s recent housing crash, which has led to a number of Chinese builder project delays, and subsequently, boycotts from buyers of new apartments in the country who are waiting for their homes to be completed.

“We have certain platforms that are gauging you know, activity in terms of eyes and clicks on our properties from China,” Fridman continued. “But I would say in the last month-and-a-half to two months, the resurgence of Chinese coming into the market is immense. The truth is, it is a global hub and it’s a huge, huge Chinese market. I’m not gonna say fully international — we’re not seeing like Italians or British, which we used to see.”

On the other hand, agents from Montecito to Encino and Manhattan to Palm Beach reported that international buyers weren’t really present for them at this point. Nancy Kogevinas of Berkshire Hathaway HomeServices in Montectio and Gary Pohrer of Douglas Elliman in Palm Beach further elaborated that their markets tends to attract more domestic high-end buyers in general, than international ones.

A recent Engel & Völkers luxury homebuyer report identified the “Eager International Buyer” as an emerging luxury buyer demographic in 2022, noting that while these buyers continue to invest in historically popular cities like New York, Chicago and Los Angeles, they’re also beginning to target secondary cities with investment potential. Phoenix, Seattle, Boise, Austin, Dallas, Bentonville and Atlanta are all up-and-coming markets for these buyers who are typically diligent about following trends and data in the U.S. real estate market. It’s unclear what is attracting international buyers to Bentonville, which might seem like an outlier on this list, but the Ozarks city was the original birthplace of Walmart, and in 2021, became member to an incentive program to attract remote workers to the lush, quaint cities of Northwest Arkansas.

“In 2022, international real estate investments have shifted to secondary markets,” Engel & Völkers luxury homebuyer report states. “These markets have the potential to become the next luxury hot-spot and international buyers are purchasing homes left and right to ensure they are in on the latest trend.”

International buyers’ migration to these secondary cities follows American citizens’ own pandemic-spurred migration to these markets, as remote workers’ demand for homes to shelter in drove up prices and led many to seek out refuge in what were historically viewed as more affordable and less densely populated markets. The rush to these secondary markets then led to staggering price gains, with Boise’s home values increasing by 32.8 percent in 2021, and Austin’s home values increasing by 39.2 percent over the course of that year. 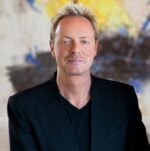 Agents said they’re seeing international buyers reenter the U.S. market in greater numbers now for several reasons, but primarily because they want to establish intergenerational homes and/or put their money in a stable investment.

Fridman said the Chinese buyers he’s seeing are most often looking for large, modern, intergenerational properties where their extended family and nannies have space to live all together.

Meanwhile, Cortazzo said that with the war in Ukraine ongoing, many European buyers still see the U.S. as a secure place to store their investments for now.

“America is such a safe haven for placing money,” Cortazzo said. “I feel that people, especially with the war in Ukraine, are feeling very comfortable taking their money away. I have one European seller who’s taking his property off the market, just because with the uncertainty of Europe and all, they want to keep a residence in the United States. So I think that’s the future.”

Cortazzo echoed the findings of Engel & Völkers’ report, noting that international buyers are some of the most astute that agents will ever encounter. He then added that their moves in the market may also be a harbinger of what’s to come from similar domestic luxury buyers in the near future.

“That section of buyers [is] usually the most savvy and understands marketplaces,” Cortazzo said. “So they’re the trendsetters, and I just feel that our Malibu market is going to continue on expanding and growing, and it’s just exciting.”

Homebuyer Sentiment Up Slightly In November For First...

Choice site next to downtown San Jose is...