Home Agent In Tug-Of-War Between New York And Florida, The Boss May Have Final Say
Agent

In Tug-Of-War Between New York And Florida, The Boss May Have Final Say

During the pandemic, innumerable tales were spun of New Yorkers fleeing the city and taking to sunny Florida to live out dreams of a slower paced lifestyle, more space and attractive tax benefits.

Luxury homebuyers flocked to hot spots like Palm Beach, which emerged as a primary home market in its own right, attracting younger buyers as well as companies that decided to set up an office in the city.

But that was all before a wave of big employers began calling for the fall of 2022 as a return to the office. Now, it’s last call; party’s over.

“Some companies are requiring or asking their employees to return to the office, but the battle that they’re facing is that their employees don’t want to leave,” Chad Carroll of The Carroll Group at Compass told Inman. “They’ve tied themselves to obligations here, such as kids’ schools, clubs they’ve joined, etc., so financial obligations and family obligations are kind of [making] them wanting to stay put.”

Companies like Apple, Capital One, Comcast, The New York Times Company and NBCUniversal have been rolling out new guidelines for employees to return to company offices by increasing degrees in September. And unlike previous pandemic calls for a return to the office, which were sidelined by the Delta and Omicron variants, it seems unlikely that there will be another large enough bump in pandemic recovery to prevent companies from compelling their employees back (at least for now).

“I think there’s a lot of business in New York right now, and I think people are realizing they have to come back and actually do the work,” Frances Katzen of The Katzen Team at Douglas Elliman told Inman. “They can’t do it remotely anymore. And I think New York offers a lot of contracts for real business, so we’re seeing a lot of people move back.”

As of mid-year 2022, Florida was rated the seventh most popular state to move to, according to a study from moveBuddha, a company that helps consumers compare moving costs with different moving companies. The state’s move-in to move-out ratio is currently 1.84. In 2021, it was 2.10.

Aside from the general draw to Florida’s chill vibes in recent years, many workers have also gotten used to the routine of working from home — and may never want to go back to an office. According to Gallup’s State of the Global Workplace: 2022 Report, one-third of U.S. workers who are able to do their job from home would like it to remain that way permanently. 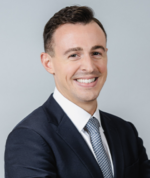 “The entire Palm Beach market is now equivalent to Billionaires’ Row in Manhattan,” Garrett Derderian, director of market intelligence at SERHANT. “Properties traded on average at nearly $4,000 per square foot in the second quarter as demand remained strong and supply was heavily constricted. Turnkey properties are trading even higher. Palm Beach, which has historically been a luxury destination, was supercharged by the pandemic. It is the super-prime market of choice for the world’s elite.”

For those of his clients who are trying to have a presence in both states while they return to work in New York, Carroll said most are opting to make their primary residence in the Sunshine State. 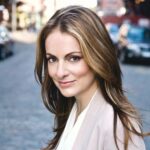 Overall, Carroll believes that most buyers are having a hard time tearing themselves away from all that markets like Palm Beach and Miami have to offer, solely because of their work obligations.

“Some people are traveling back and forth, trying to figure out if they can negotiate with their employer to see if they can continue working remotely, some are looking for new jobs that are more local-based,” Carroll said. “A lot of financial firms, tech companies have opened up main offices or branch offices here … But it’s really not people wanting to leave that are unhappy with the South Florida lifestyle. It’s more of, they’re being asked to do something against their will.”

Katzen, on the other hand, thought there might be more factors at play causing buyers to move back up north now. New York’s reputation for having quality schools and a bustling social scene that’s appealing to creative singles are both unique enough factors to the city, she argued, to draw back homeowners of all kinds after stints away.

“At the end of the day, people left for tax purposes and at the height of a pandemic, but ultimately, New York is the main hub for creativity,” Katzen said, thinking about one client in particular who is a single writer and recently returned. “There wasn’t a lot going on [in Miami] that made him feel like he was getting his needs met, to be honest, socially and probably culturally in some ways.”

NYC TikTok influencers are struggling to rent in...

This Is The Worst Reason To Keep Your...