Falling sales are driving inventory growth, bit it will take more than a year at the current rate for listings levels to get back to normal, according to Black Knight’s latest monthly Mortgage Monitor Report.

Annual home price appreciation slowed at a record pace in June as inventories surged at a speed not seen in 12 years, with prices coming down from recent peaks in 12 of the nation’s 50 largest markets, according to real estate data aggregator Black Knight’s latest monthly Mortgage Monitor Report.

But annual home price appreciation would need to keep decelerating at that pace for six more months before getting back in line with the long-term historical trendline of closer to 5 percent.

“Given it takes about five months for interest rate impacts to be fully reflected in traditional home price indexes we’re likely not yet seeing the full effect of recent rate spikes, with the potential for even stronger slowing in coming months,” said Black Knight Data and Analytics President Ben Graboske, in a statement.

Among the 50 largest markets, Austin saw the sharpest slowdown in home price appreciation, with year-over-year price growth slowing from 43.5 percent in 2021 to 21.8 percent in June, a drop of 21.7 percentage points.

While home prices are still up more than 10 percent year over year in each of those markets, a dozen of the nation’s top 50 markets have seen home prices pull back from recent peaks.

Markets where home prices are down from peaks 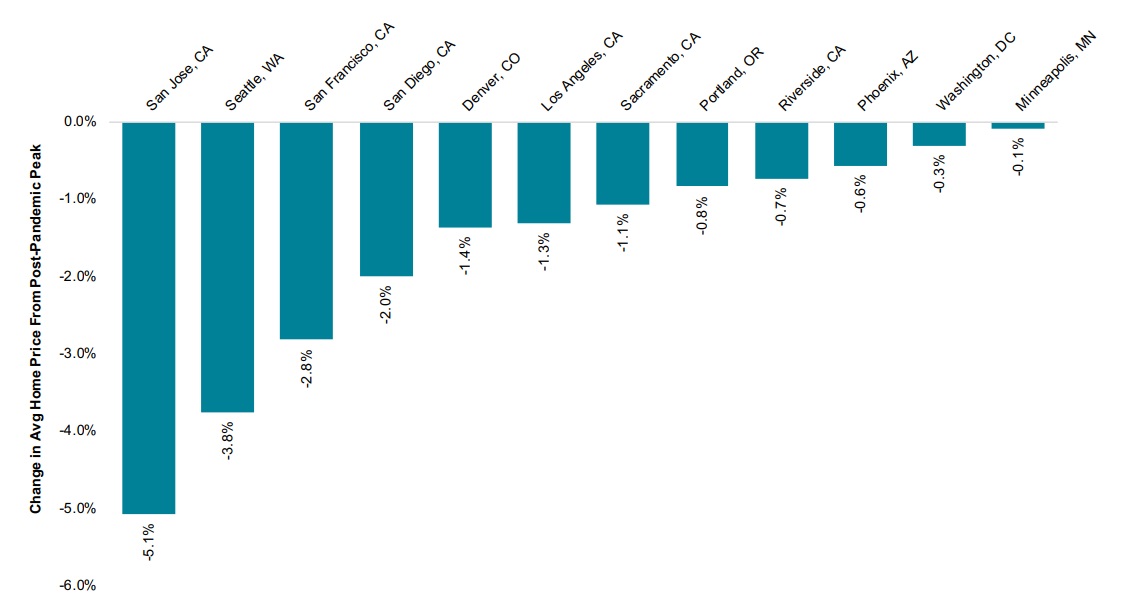 Slowing home price appreciation and falling prices in some markets might be seen as good news by would-be homebuyers and real estate agents who serve them.

But Black Knight’s data show recent inventory increases are driven not by more homeowners deciding to sell, but to a decline in sales activity due to rising rates and the lowest levels of home affordability in nearly 40 years.

“Seasonally adjusted home sales are down by more than 21 percent since the start of the year, with Black Knight Optimal Blue rate lock data suggesting further slowing in the coming months,” the company said in releasing the report. “Factoring in both active listings and sales volumes, the market has ticked up from a low of 1.7 months of inventory at the start of the year to 2.6 months as of June. If current trends continue to hold, months of inventory could continue to trend sharply upward in coming months.”

Inventory of homes listed for sale 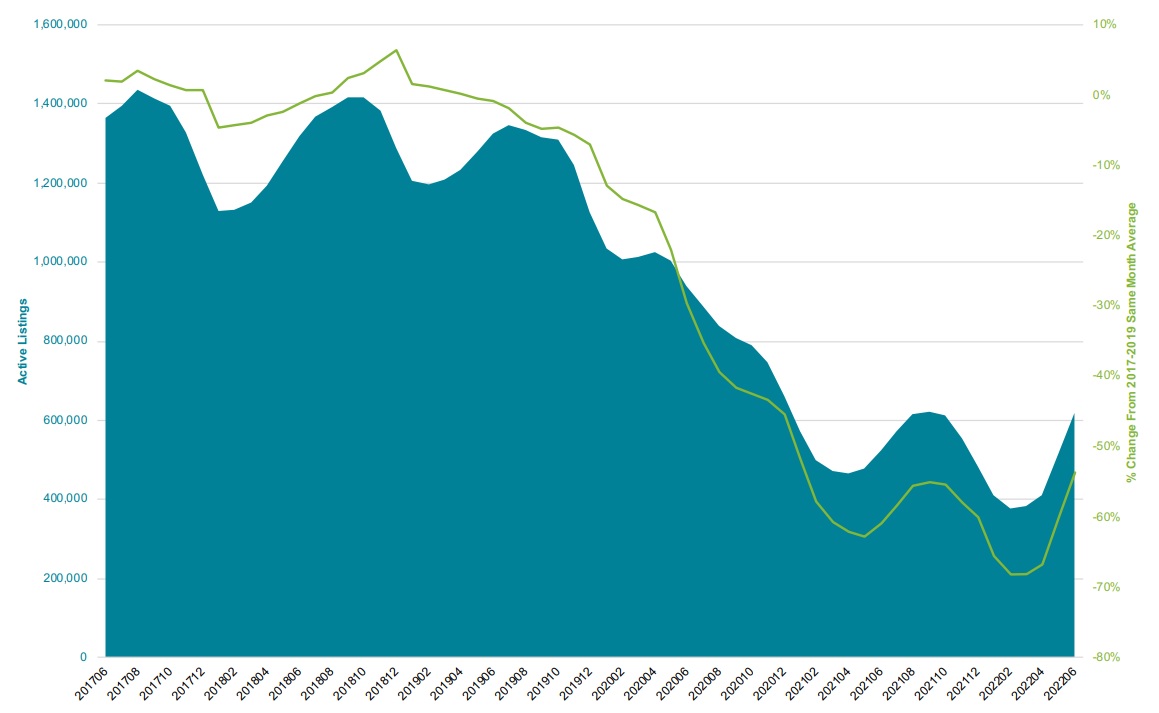 “While rising inventory is a welcome sight, the number of homes for sale still remains 54 percent below 2017-2019 levels nationally, a deficit of 716,000 homes,” the report noted. “Even with the strongest level of growth in more than a decade, it would take more than a year at this rate for inventory levels to fully normalize.”

Why This Economist Says Today’s Market Is Not...