Home Agent HOA Rules Are As Spooky As The Grim Reaper: Study
Agent

HOA Rules Are As Spooky As The Grim Reaper: Study

Some homeowners love the services and neighborhood order that homeowner’s associations (HOAs) are legendarily known for. But others see those restrictions as a nightmare.

As Halloween approaches and homeowners start to get into the spooky spirit, some HOA regulations may seriously cramp their ghoulish decorating style, leaving them to believe an HOA’s restrictions may not be worth the benefits, a recent survey from HomeAdvisor suggests.

One-third of homeowners surveyed by HomeAdvisor who have lived in an HOA say that their HOA causes them stress regularly.

For the survey, HomeAdvisor polled about 1,000 homeowners in the U.S., 58 percent of whom have lived in a neighborhood with an HOA. Sixteen percent were baby boomers, 28 percent Gen X, 50 percent millennials and 5 percent Gen Z. In terms of gender, 50 percent of survey participants were men, 49 percent women and 1 percent nonbinary.

Fifty-eight percent of survey respondents said they’d prefer to simply live in a neighborhood that does not have an HOA.

Because many HOAs have covenants that homeowners feel are unreasonable, a lot of homeowners end up breaking the rules, usually unintentionally. One in three homeowners said they have violated some of their HOA’s rules, with most violating lawn and holiday decorations rules. The second-most frequently violated rules involved parking, and the third-most violated involved home maintenance.

Fortunately, the majority of homeowners have gotten by with warnings, with 78 percent of survey respondents reporting this as the HOA’s response to their violation. Thirty-four percent of respondents said that HOAs responded to their rule-breaking with fines. 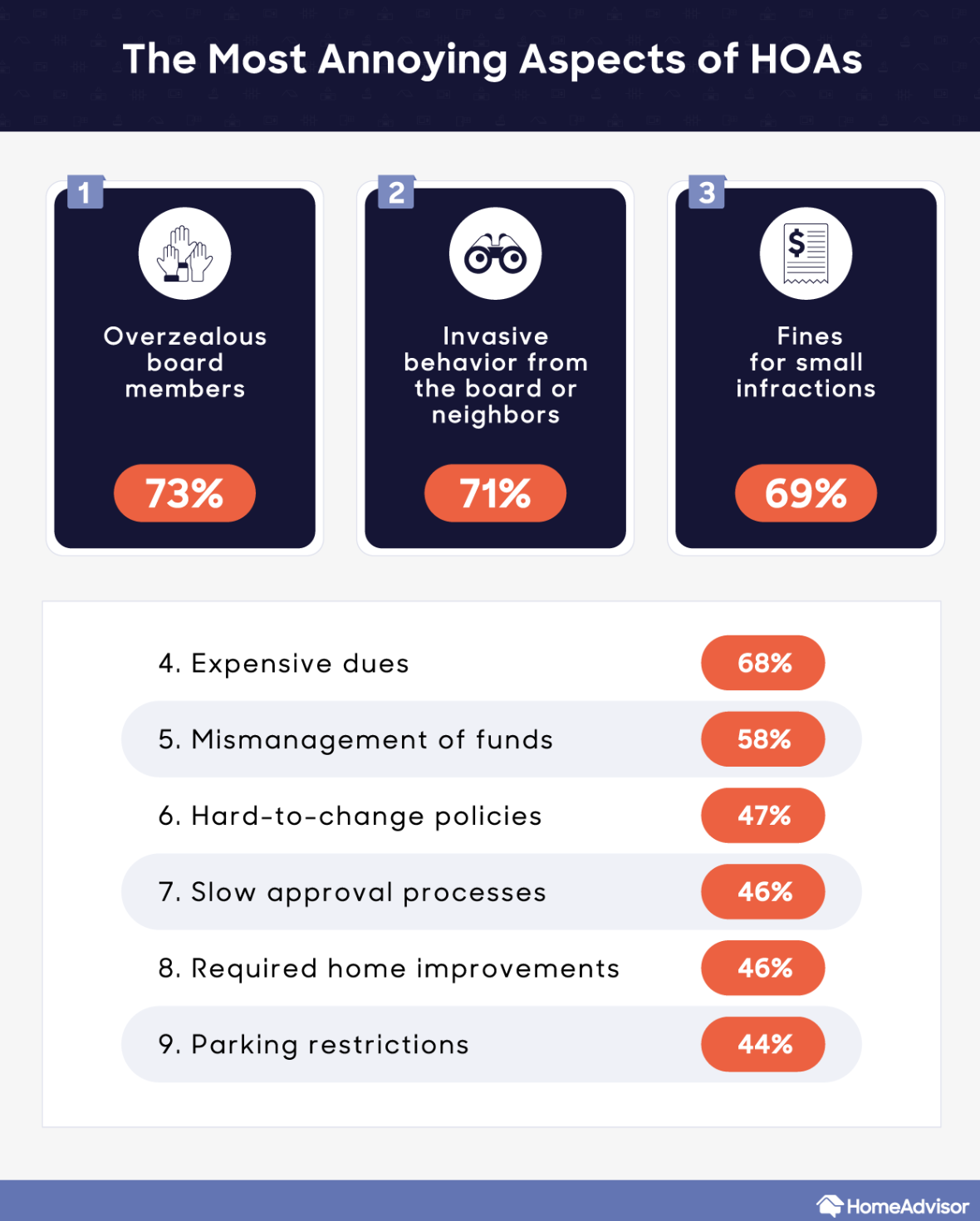 The thing that irked HOA homeowners the most, however, were their HOA’s overzealous board members.