Home Agent Here’s How To Create A Sustainable Team
Agent

Here’s How To Create A Sustainable Team

Teams are growing, changing and evolving rapidly, as new agent ranks swell, prices rise and uncertainty is ever-present. May is Teams Month here at Inman. Come along with us as we delve into teams today. Follow along with our weekly email newsletter Teams Beat to stay in the loop all year, sent every Thursday, sign up now.

When Renee Funk first wanted to start a team six years ago, her first move was a mistake. 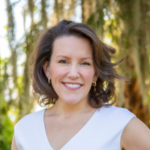 “I fell into a trap that many teams fall into,” Funk, an eXp Realty agent in Florida, recently told Inman. “I was working together with my husband and we said, ‘let’s go get a buyers agent.’”

Today, Funk is the leader of the Funk Collection, a team with more than 20 agents. That first “trap” she fell into didn’t ultimately derail the growth of her team. But the assessment that it was, in fact, a trap hints at a deeper truth: There are better and worse ways to build a business. Or, put another way, there are recipes for building sustainable teams.

So what are those recipes? What are the ingredients of a team that stands the test of time?

To get to the bottom of those questions, Inman reached out to industry experts and team leaders. No one said there’s just one way to build a team, but they did share insights based on first-hand experience about what works and what doesn’t. Here’s what they had to say:

What is sustainability anyway?

Inman set out to understand not how to start a team or elevate its performance, but instead to figure out what makes it sustainable over time. And Chris Pollinger offered a fairly straightforward definition of what that means. 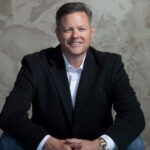 “Does the team run as a business?” Pollinger asked. “Does it run without you? A good business can change leadership and will continue to run. A good business can run if the team leader is sick. If you don’t show up, you’re clients are still happy. That’s a different dynamic than you’re seeing when you’re a solo agent.”

Pollinger has founded several brokerages himself, and has had leadership positions at companies such as RE/MAX and Realty One. He’s also been a consultant and today serves as the founder and managing partner of RE Luxe Leaders. And based on all of that experience, he said there’s an easy way to know if all those criteria for sustainability are being met.

“Can you take that business and sell it to another agent or a competitor?” he said. “Or can you walk away and take three months off and not take your cell phone and come back to find the business still thriving?

That isn’t to say team leaders have to walk away for months or sell their businesses. Rather, the point is that a sustainable business is self-sustaining in the sense that it can run even if individual players are swapped out or traded.

“To me, sustainability would be the ability to maintain team presence and production in an ongoing fashion as market dynamics change and as people come and go,” he told Inman.

So do some teams actually not succeed?

Real estate is an industry famous for churn. Especially in times with fast-rising home prices, there tends to be influxes of new agents, many of whom then wash out in their first months or years.

There isn’t much data on teams, including how many manage to stick around for any amount of time, Cofano said. But, anecdotally, he’s seen successful agents attempt to step up and become team leaders, only to find that their skill sets aren’t quite the right fit.

In such instances, teams sometimes fizzle out in their early stages.

Pollinger made a similar point. He noted that many teams begin as partnerships, but that many such enterprises ultimately fail.

By the time many agents are ready to form a team, they understand the industry well enough to avoid some of these pitfalls, Pollinger added. But the point is that forming a team is not a guaranteed path to sustainable success. Some teams just don’t pan out.

So what are the ingredients for a sustainable team?

Every expert who spoke to Inman had a slightly different recipe for success, but here are some of the key points.

Funk’s mistake was that she should have started out hiring a support staffer first, rather than bring on another agent, she explained. And she recommended other would-be team leaders avoid the same trap she fell into. 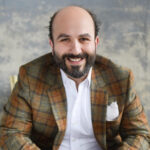 Haro Setian, who leads the Haro Group at Keller Williams, made almost the same point.

“I think one of the keys is that really you don’t have a team unless you have some solid administrative help,” he told Inman. “Some teams go too quickly to hiring additional sales help. But having an administrative structure that takes things off [agents’] plates makes sense.”

Having administrative staff doesn’t just lighten the load of agents, Setian went on to point out. It also helps the agents feel like they’re getting their money’s worth out of their commission splits. And that, in turn, helps with retention and recruiting, which are key. If agents are constantly leaving, the logic goes, the team is going to have a hard time achieving long-term sustainability.

Setian also advised would-be team leaders to avoid hiring the cheapest person or to cut corners. Instead, highly skilled staffers’ contributions to the team will more than pay for themselves.

It’s important to have goals, the leaders who spoke with Inman also said. In Setian’s case, his company sets goals it wants to hit in one year, in three years and in 10 years.

Whether teams need to be perpetually growing their bottom lines is up for debate. There was a general consensus among the leaders who spoke with Inman that teams should aim for some amount of growth, though “at some point in time revenue growth is not a requirement for sustainability,” Cofano said.

“Does every company need to become a billion dollar company? No,” he added.

Cofano instead defined sustainable growth as “trying to make sure that you’re maintaining your channel for new business opportunities.”

Goals, however, aren’t just for the overall team itself. Individual agents are going to have goals and growth targets of their own, Funk pointed out. Team leaders who want to keep those agents around need to be aware of their agents’ goals and provide pathways for advancement.

“Sustainability is understanding each individual agent,” Funk explained. “It’s saying to that agent, ‘where are you now and where do you want to go?’”

Funk described this as a “critical” part of sustainable leadership and noted that some agents, for example, want to grow their sales business, while others might want to evolve into different roles. Either way, though, the leader has to help them get there.

“Growth for one team member might mean they closed $3 million in production and this year success to them might be $5 million. Or they want to be at $10 or $15 million.”

The other part of growth and goal-making is that it requires accountability.

Not every successful sales agent is cut out to be a chief executive of a large company, Cofano argued. And that’s completely okay, they can still start teams. The key is for agents to understand what their strengths are and where they need to get help from someone else, he explained.

“Identify who you are, and then find that good second-in-command type person,” Cofano said.

Many business leaders are better at capturing the overarching vision of a team than at actual day-to-day management. And the result is that one successful arrangement is for a team founder to fill a chief executive role and then to find someone who can be the chief operating officer, he went on to say. Whatever arrangement a leader opts for, however, they need to figure out how to delegate tasks that are better suited for someone else’s skill set.

“Are you a visionary sales oriented person or a manager type person?” Cofano asked. “Understand who you are first.”

What Real Estate Coaches Don’t Want You to...

Moving Hub Relocator’s Intentions Are Good, But The...

Was M. Ryan Gorman A Victim Of Wall...

The Top 10 Friendliest US Cities For First-Time...

A look inside the Boca Raton mansions commanding...

7 Real Estate Stocks to Sell Before They...

Inflation data shows there is still a two-speed...