Glenn Kelman didn’t set out to be a TV star.

Kelman has served as the chief executive officer of portal, brokerage and tech company Redfin for more than 17 years. His time at the helm has seen Redfin go public and branch out into an array of new businesses, including iBuying. Along the way, Kelman has become well-known in the real estate industry for, among other things, his frank discussion of tricky topics.

But this week, Kelman will embark on an entirely different adventure with the debut of his new competition TV show, Buy My House. As Inman previously reported, the show is modeled after Shark Tank and features a cast of real estate “tycoons” who listen to pitches from property owners. After hearing from the owners, the “tycoons” can try to buy the property in question.

The other “tycoons” on the show include Corcoran CEO Pamela Liebman, NFL linebacker Brandon Copeland and broker Danisha Wrighster. The show premiers Friday on Netflix.

Inman recently caught up with Kelman to find out how exactly he came to star in a Netflix show, why he agreed to do the project, and what he hopes viewers get out of watching. Here’s what you need to know:

How did Kelman get involved in Buy My House?

Kelman said the project began in 2019 when a production company reached out about possibly using someone from Redfin in show about real estate leaders bidding on properties. Several people from Redfin, including Kelman, ultimately auditioned for the role.

“They interviewed each one of us and they asked us a bunch of questions,” Kelman recalled, noting that the producers focused on a variety of specific topics, such as iBuying. “Really, they’re evaluating whether or not you’re an opinionated person. And for all my faults I am opinionated.”

After the auditions, no one at Redfin heard back for a year or two. But eventually, the producers asked Kelman to star in the program. Kelman initially had some misgivings, and in a blog post this week revealed that his “wife had made me watch an episode of Bling Empire as a cautionary tale.” Redfin’s chairman also said appearing on the program could be good for the company but bad for Kelman personally, the CEO wrote.

“At first I said no, and then I said yes. The reason I said no is, I’m a little stress monkey,” Kelman said, laughing. “But the reason we said yes was because we thought it was such a great idea for a show.”

Kelman on the set of Buy My House. Credit: Netflix

The shoot for Buy My House took place in New Mexico in July 2021. Kelman said it took eight days and — incredibly for a long-serving CEO of a major corporation — it was the “longest I’ve ever been away from my family.” Nevertheless, Kelman said he enjoyed the experience, the stress of having “every second count” on set notwithstanding.

“Learning how TV is made is bizarre and interesting,” Kelman said, adding that “it was really fun.”

Kelman — an avid cyclist who did his phone interview with Inman while biking — rented a bike and rode to set each day.

Kelman also said he didn’t really know Liebman before the shoot, despite them both being well-known figures in the real estate industry. But the two hit it off and became friends, despite the fact that sometimes they were allies and sometimes they “both wanted the same house for different reasons, and so we bid against each other.”

“That was a really fun partnership between me and her because I was often the one hemming and hawing and looking at the numbers,” Kelman recalled, “but she was the one playing the room and observing the emotions of the seller.”

Kelman added that “Pam and I were pretty comfortable with this idea that sometimes it’s going to be competitive, and sometimes we’d work together. Sometimes we split deals if she had a vision for a development.” 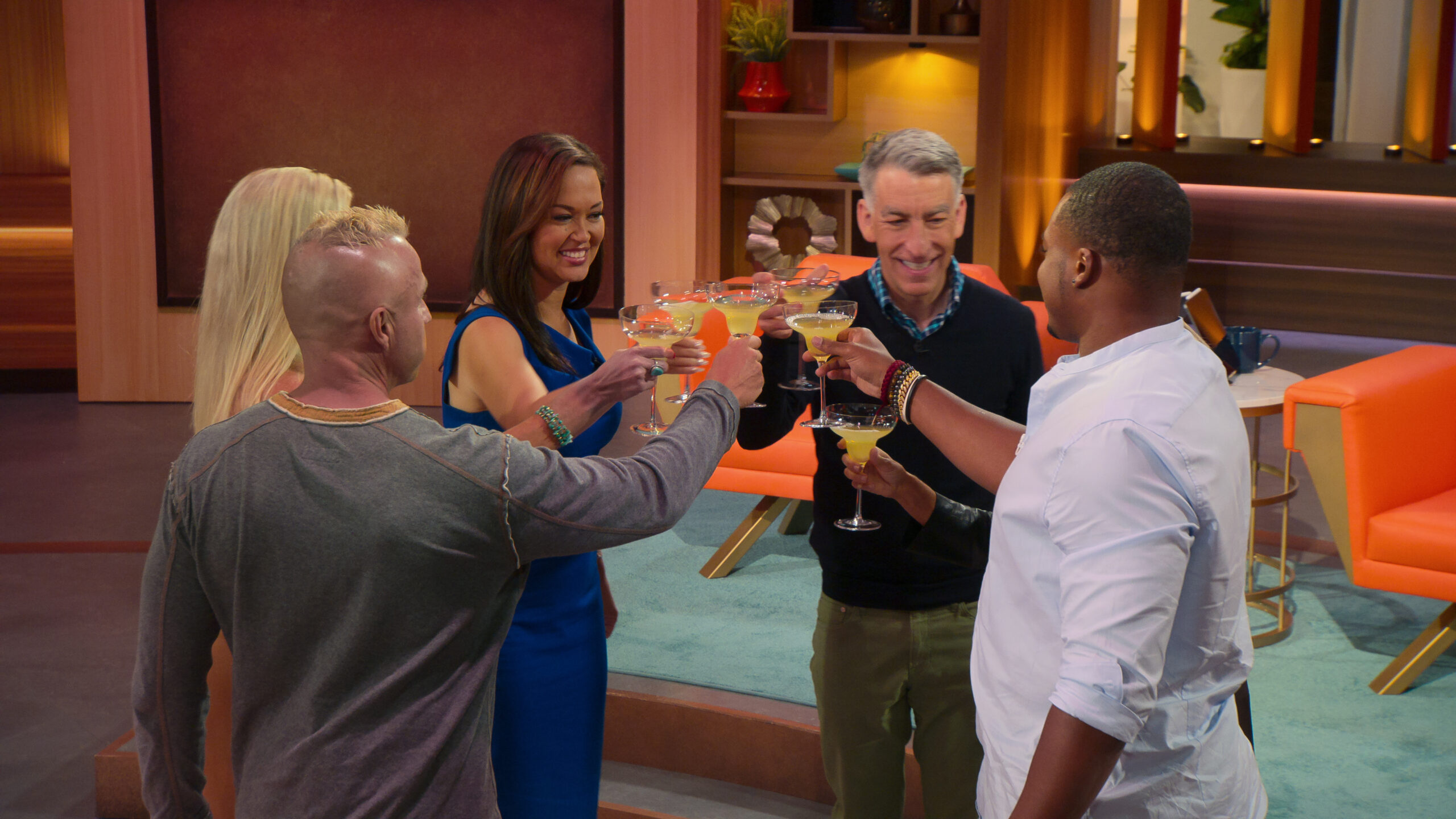 Kelman, second from the right, on the set of Buy My House. Credit: Netflix

How did Kelman figure out if he would buy homes?

Though a TV show is outside of Kelman’s normal day-to-day duties as the leader of Redfin, he also explained that one of the motivating factors behind his involvement was to educate the public on what it’s like to receive and accept cash offers on a home, especially from an iBuyer. Redfin runs its own iBuying program, dubbed RedfinNow. And while tech-enabled cash offers have been a major trend in real estate over the last few years, they’re still a relatively novel idea for many consumers. Kelman in part saw his role on the show, then, as exposing more consumers to the concept.

“We thought this could be a good opportunity to educate the public about taking a cash offer,” he said.

As a result, the homes that Kelman “buys” on the program are actually RedfinNow purchases. Kelman had the assistance of Redfin’s data and data personnel when deciding if he would buy homes on the show, and he was looking specifically for properties that could be resold according to the iBuying business model.

“We were fairly data driven about it,” he explained. “That allowed us to make informed choices.”

The trailer for the show depicts the four “tycoons” bidding on what in some cases appear to be fairly middle class homes, which is an interesting concept in itself for a TV competition. But Kelman said there were also a number of unique and unusual properties, including an “earthship” — a kind of DIY ecofriendly house that is popular in the deserts of the Southwest — that he particularly liked. 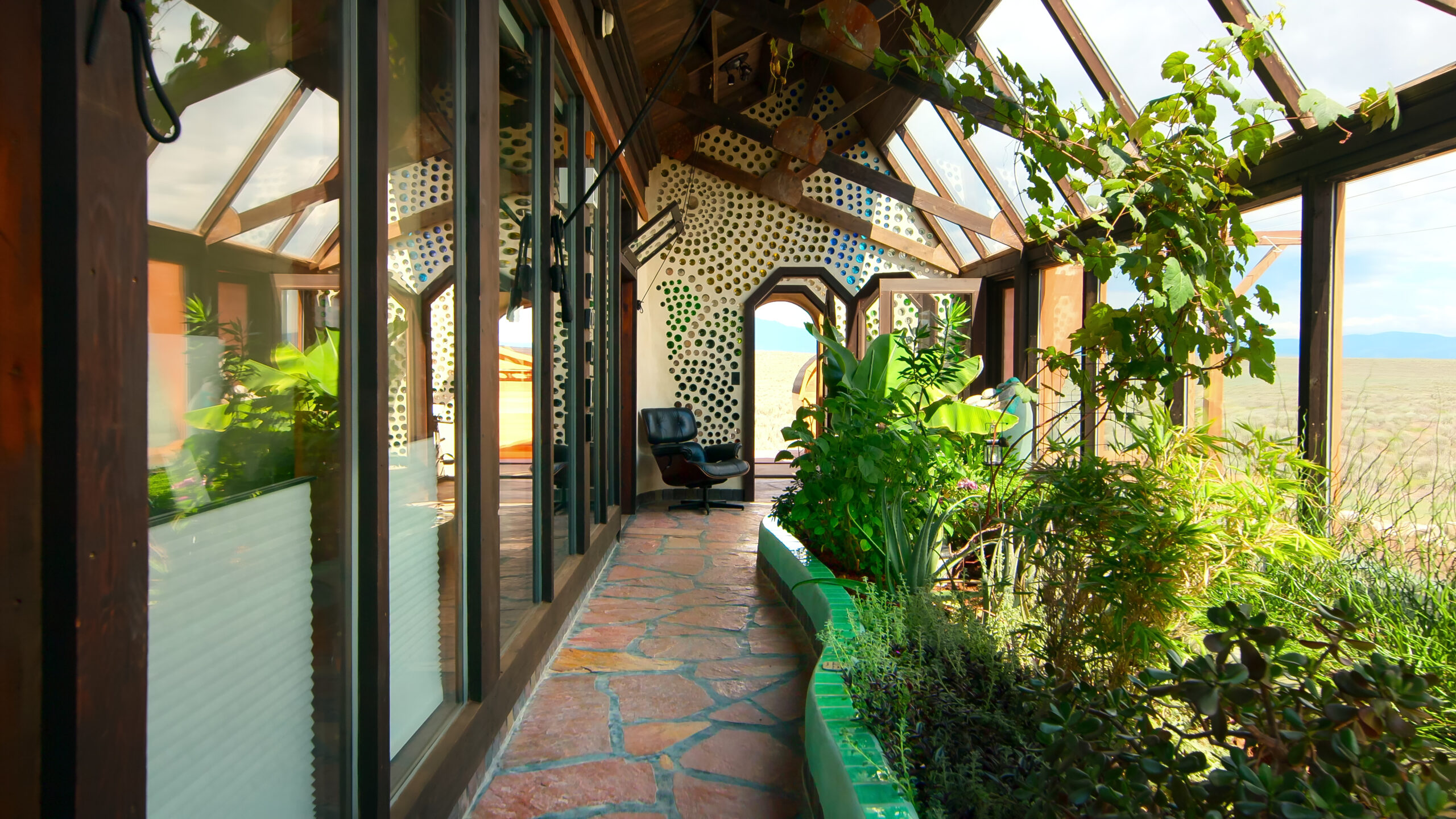 An earthship home that is featured on the show. Credit: Netflix

Asked if viewers will get insights into his personal tastes in real estate, Kelman said that the goal was “to put the customer ahead of our own wants and needs,” and that Redfin is trying to “run the place for the benefit of everyone, not just my own caprice.”

However, Kelman did hint that viewers might get a more granular glimpse into his tastes.

“That said,” he added, “there’s no hiding that whether it was the house or its owner, I liked the crunchy, goofy ones the most.”

Is Kelman now focused on his show business career?

Kelman said he wants Buy My House to be successful. But he also stressed that he doesn’t see himself pivoting into show business a la other real estate moguls such as Barbara Corcoran.

“I want to do the best job I can representing Redfin,” he explained, “and the way I saw this show was part of that.”

Shooting Buy My House was an enjoyable experience for Kelman, and he said the show ultimately highlights “what readers of Inman will understand, which is just how hard it is to put deals together.”

“It’s emotional, it’s financial. It’s irrational and it’s rational,” he continued. “That’s what kind of made the show work from my perspective.”

But despite the drama, Kelman remains focused on his day job running Redfin.