As mortgage rates rise to levels not seen in decades, power buyers and mortgage lenders can help keep deals on track by providing certainty to homebuyers and sellers, industry leaders said Tuesday at Inman Connect.

It’s not just that mortgage rates are on the rise. They’re rising from unprecedented lows at a pace not seen in decades, said Orchard CEO Court Cunningham.

“There is not a time in history where mortgage rates were below 3 percent In the last 100 years,” Cunningham said of last year’s record low rates. “So the anomaly is not now, the anomaly was last year. If you go back [in time], 5 to 8 percent mortgage rates is normal. And so I think what we need to adjust our minds to is that there’s a lot of volatility now, which is challenging. But we’re at kind of a new normal.”

Most homebuyers think about homebuying in terms of how much of a monthly payment they can afford, said moderator Clelia Peters, Era Ventures managing partner.

When rates were 3 percent last year, a borrower who could afford to make a $2,000 monthly payment could qualify for a $475,000 mortgage. With rates now closer to 7 percent, the same borrower might only qualify to borrow $300,000. 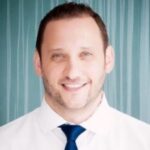 “Things can change quickly,” said Adam Speck, executive vice president of purchase at Rocket Mortgage. “I think it’s a time where uncertainty is really starting to settle in amongst buyers and sellers. You’re seeing the price drops starting to happen on listings that are on the market. We’re seeing seller concessions and those types of things are coming to life. So from day to day, you’ve got to provide certainty during uncertain times.”

Cunningham agreed that during the pandemic, sellers got used to not having to prep their homes before putting them on the market. Now, he said, requests for seller concessions are on the rise “big time.” He suggested agents help their seller clients get ahead of such issues.

“One thing that we know … is people overestimate the cost to fix a problem,” Cunningham said. But it’s better to go ahead and “spend the $4,000 to do the paint, because if you don’t, you’re gonna get an $8,000 concession request.”

“There are companies out there — Curbio is one but there are others — that help Realtors do this,” Cunningham said. “I think you’re gonna see that there’s much more demand for their services because it actually drives an ROI for sellers.”

Buy before you sell

Two ways power buyers and mortgage lenders are helping provide certainty are by letting homebuyers lock in mortgage rates while they’re still shopping and by helping homeowners buy before they sell.

“A customer came to us who had already sold his home, because he wasn’t aware of Orchard’s ability to help you buy before you sell,” Cunningham said. “So he sold his home, and that home had a 3 percent rate on it. This was back in June.”

When rates went up, “He wasn’t locked and he couldn’t afford the new home that he wanted to buy. But he was out of his old home. And so his choice was either I’m going to spend a lot more, or I have to get a worse home than I had before — which is what he ended up doing.”

“I know he’s not alone,” Cunningham said. “And that’s why consumers are anxious right now because you know, that volatility creates situations like that.”

Power buyers like Orchard can help get reluctant sellers off the fence by guaranteeing their homes will sell and allowing them to make a non-contingent offer on their next home before that happens.

“Helping dual trackers, people buying and selling in the same transaction, move into your new home first and leave all the old home hassle behind, is incredibly powerful,” Cunningham said.

During the red-hot seller’s market of the pandemic, “I think a lot of the power buyers were focused on first-time buyers, and what I’ve heard from talking to them is they’re all now increasingly focused on dual trackers, because of that value.”

Orchard’s guaranteed offer to sellers lets them know, upfront, the lowest possible price for which they’re going to sell their homes.

“Even though 98 percent of the time they sell on markets, they’ve got the peace of mind, the certainty of knowing, ‘Here’s my lowest price and hopefully I’ll get a better price on market,’ ” Cunningham said.

A number of mortgage lenders are offering “lock and shop” programs that let would-be homebuyers lock in their mortgage rates before they’ve submitted a bid.

Rocket Mortgage’s RateShield program allows borrowers to lock in an interest rate for up to 90 days while shopping for a home. If rates fall during that time, they can lower their rates once during the 90-day rate lock period.

When rates go up, Speck said, so do the borrower’s monthly payment and debt-to-income ratio.

“It’s really understanding what’s your client’s situation as a whole. How much money are they going to have set aside after this transaction?” Speck said. “Do they have to sell in order to buy? Is their debt-to-income ratio really, really tight?”

For borrowers who are already near their limits, “If something changes just a little bit, it’s gonna cause me to buy less of a house or not qualify overall,” Speck said of the case for “lock and shop” offers.

“Agents want to know, clients want to know: ‘Do I still qualify?’ ” if rates go up, Speck said. “There’s the unfortunate stories of someone who’s not locked in while they’re shopping and rates jumped up from, you know, the fives to the sixes, and now it’s, ‘Hold on a second, do I still want to do this?’ ”

“Make sure that the person who’s pre-approved is actually underwritten by an underwriter,” Speck advised. “You know, having that human underwriter upfront, make sure that it’s good to go. It’s a little bit costly to do that, it can take a little bit of time to do that. But that goes a long, long way. Because you can’t risk the mistakes or the fallout when things compress.”

Cunningham agreed that it’s important for agents to know exactly how qualified their homebuyer clients are.

“I’ve never been in an industry where ‘pre-approved’ can mean so many different things,” Cunningham said. “There are certain lenders out there [offering] instant pre-approval and you put in your FICO score and self-report your income and you’re like, ‘I don’t know, that’s kind of I think called a ‘prequal.’ ”

Underwriting is a crucial component of a solid preapproval, he said.

“It’s one thing for the loan officer to review your docs,” Cunningham said. “It’s another for the underwriter to review it, and basically say there are no surprises. Any exceptions are called out up front and so you know exactly where you stand.”