A Southampton property located in Water Mill, New York, hasn’t started construction yet — but it’s already on the market for a hefty $50 million, Mansion Global reported.

The 6-bedroom, 10-bathroom home-to-be will sit on seven acres of land made up of three different parcels at the highest point in Water Mill, offering stunning 280-degree views, lead listing agent and President of the Ultra Luxury Division at Nest Seekers International Shawn Elliott told Inman.

J.B. Andreassi of Nest Seekers is co-representing the listing.

“Starting from the left [of the property], we’re looking East, and you’re looking at the equestrian properties where the polo matches are in the Hamptons, all the way on a clear day to Montauk, which is 30 miles away,” Elliott explained.

Elliott knew the home’s developer, Roman James of the LA-based Roman James Design Build, from other properties he’d represented in the past that James had also worked on like 924 Bel Air Road in Los Angeles, a mansion that last sold for $94 million in 2019, according to Zillow.

When James approached Elliott about making his first foray on the East Coast the two of them spent weeks looking at land on the ground and via helicopter.

“Ultimately, this was the hillside property of choice,” Elliott said of the area. “It’s the highest point of the Hamptons and all I can say is that when I’m up there, it takes my breath away every time. It never gets old — every single time.” 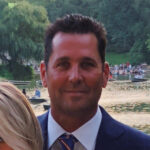 “There are a lot of iconic, historic or great new buildings in the Hamptons,” James told Mansion Global. “I want to build a ground-breaking house in an area set in its ways that’s not just beautiful, but one of a kind, like a piece of art.”

James has also worked on the $70 million Beverly Hills home sold to Markus Persson, creator of the video game “Minecraft,” in 2014 and a $14 million property in the Hollywood Hills that sold in 2021.

The 15,000-square-foot property is slated to start construction in August and is anticipated to finish in 2024.

The mansion is currently designed to include a wine cellar, a fitness center, a handbag showroom, a bowling alley, a “world-class” spa, a 12-seat Dolby Atmos theater, a second outdoor theater, an outdoor kitchen, a custom pool and waterfall and a 15-car gallery.

Luxury finishes will include imported stones and high-end appliances.

A property currently located on one of the plots of land will be torn down during construction to make space for the new development. That home was once owned by fashion designer Randolph Duke and rented by well-known celebrities including Carrie Underwood.

“Numerous celebrities and financial leaders have rented out the existing property,” Andreassi told Inman in an email. “And now, with a collaboration with highly revered architect Roman James, the proposed new build is generating significant buzz. I’m excited to see who will be the one to own the most sophisticated and ‘futuristic’ new construction in the Hamptons.”

As for who that buyer might be, Andreassi said it’s bound to be a buyer with style.

“This magnificent property is ideal for an ultra-high-net-worth buyer who admires innovative architecture and style and appreciates lifestyle and luxury in one of the most extraordinary locations in the Hamptons,” he said.

Here’s the latest on the new development coming...