Development restrictions in certain areas limiting how high or wide a property can be developed has some homeowners feeling down — and literally getting down into the earth.

When city or county restrictions are cramping their styles aboveground, luxury homeowners are taking matters into their own hands and building out the basements of their wildest dreams, The Wall Street Journal recently reported.

Those might include whiskey rooms, wine-tasting rooms, recreational areas, gyms, spas, pools, bedroom suites and more. And to make those “McBasements” seem less like gloomy dungeons, builders are installing skylights or grand staircases — indoors or outdoors — that can draw the natural light down.

The trend has been a longstanding — and controversial — one in London, where historic preservation laws hampered expanding many homes’ footprints. Homeowners took to digging out mega-basements instead, much to the chagrin of neighbors complaining of increased disruption and air pollution. In the U.S., however, it’s a somewhat newer phenomenon, but one that some luxury homeowners are leaning into.

“There has been a proliferation of below grade subterranean advances for homes specifically in areas with restricting ordinances,” Tomer Fridman of Compass told Inman in an email.

“Originally this was done for utilitarian purposes to circumvent restrictive ordinances for anti-mansionization laws, which limit setbacks [the distance a home can be built out from the property line] and home sizes, or for view restrictions on two-story homes in the hills.

“However, construction has evolved into a creative maneuver to include lower levels into floor plans — wet bars, home theaters, gyms, full spas with cold plunges and oversized elaborate garages are all featured in basement levels to loophole any restrictions. These standards impact not only the way we live, but this type of programming has become a hallmark of what owners look for in their next purchase.”

In Boulder, Colorado, where Karen Bernardi and Madison Cervo of Coldwell Banker operate, residential buildings cannot exceed a maximum height of 30 feet, according to the Boulder County Land Use Code. Rather than allowing such restrictions limit their space, some luxury buyers in the area have taken to building out expansive basements that have all the amenities they could desire, as well as additional rooms. Homes typically feature basements in Colorado, but not all basements are created equally.

Ultra-luxury buyers typically want to put their own touches on a basement. In one nearly 11,000-square-foot listing that Bernardi and Cervo are currently representing for $8.75 million, the basement features a golf simulator and a shooting range, in addition to staples like a gym, a billiards room and a temperature-controlled wine room.

Other outstanding amenities the pair have seen in listings in the past have included rock climbing walls, basketball courts, pools and hocking shooting areas to name a few. 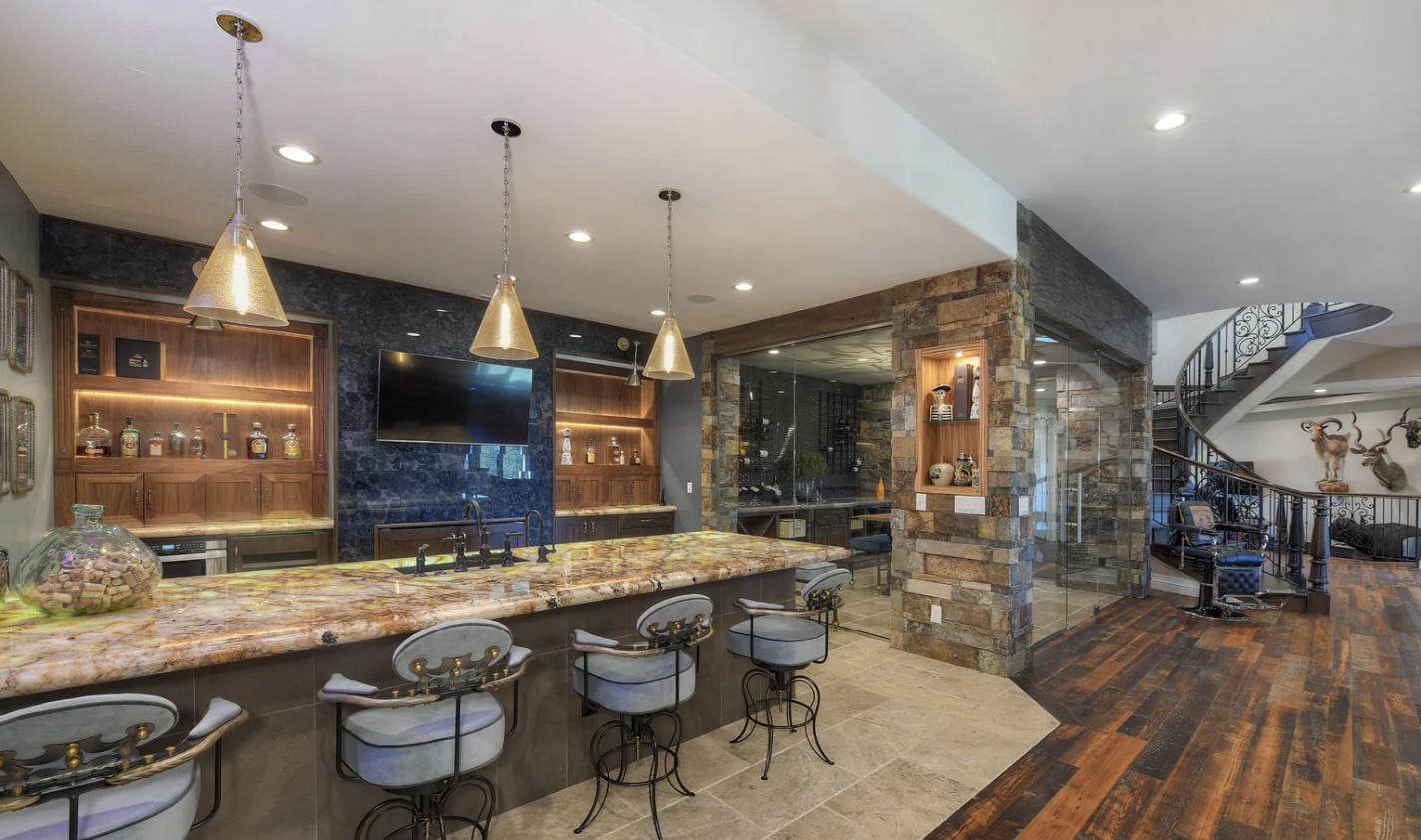 A bar in the walk-out basement of 15490 Mountain View Cir in Broomfield, Colorado | Zillow

Their current listing’s basement level is accessible via a wide, open, central spiraling staircase that lets light in from above.

“The major thing I want to state is that when you’re looking at a finish on a luxury basement, the entrance from the actual main floor to the basement can’t feel like a tunnel hallway going into the basement or like a cellar like you’d see in a movie,” Bernardi said. “It would have to look the same as if you were going to a second story of a home.”

The basement also has a walk-out entrance/exit since the home is built into a slope, which also helps make it feel less cave-like. Bernardi said the physical level of a basement can also make an impact on its perceived value.

“To talk about a basement, then to talk about a garden-level basement [where the basement is about half above grade] and to talk about a walk-out basement — these are very different basements,” Bernardi noted. “That’s going to be important to note as to what the value is, because they can also be used for a lot of other reasons, like someone might have a nanny’s quarters down there. Certainly during COVID and even now, there’s a lot of homeschooling and offices that go into the basement area … And boy, if [it’s] a light, bright walk-out basement, it really does feel like space that people use quite frequently.”

Not everyone is a fan of the elaborate underground oasis, however. An Aspen resident sued the city for permitting a two-story basement in their neighborhood due to excessive noise and dust. Others have worried that such extensive excavations will unsettle the topography of the land. In response to such concerns, Aspen now only allows one-story basements, and Beverly Hills has now set a limit on basement construction, such that no more than 3,000 cubic yards of earth can be removed without a special permit to develop one.

Erin Sykes of Nest Seekers International, who operates in parts of Florida, New York and New Jersey, said that she noticed construction of grander basements start during the coronavirus pandemic when homeowners wanted more space — and wanted it to be luxurious.

“That kind of kicked things off,” Sykes told Inman. “And now, as we’ve seen a shift in primary residences outside the city, it’s a continued trend because obviously it takes time to build these super mega basements. You don’t just snap your fingers and they’re done. We’ve definitely had a bunch of listings over the last two years — either new development or remodels — where people put in these types of basements, particularly in the Hamptons and in South Florida, where you have a bit more space, and of course the trend to move out to those locations was super strong as well.” 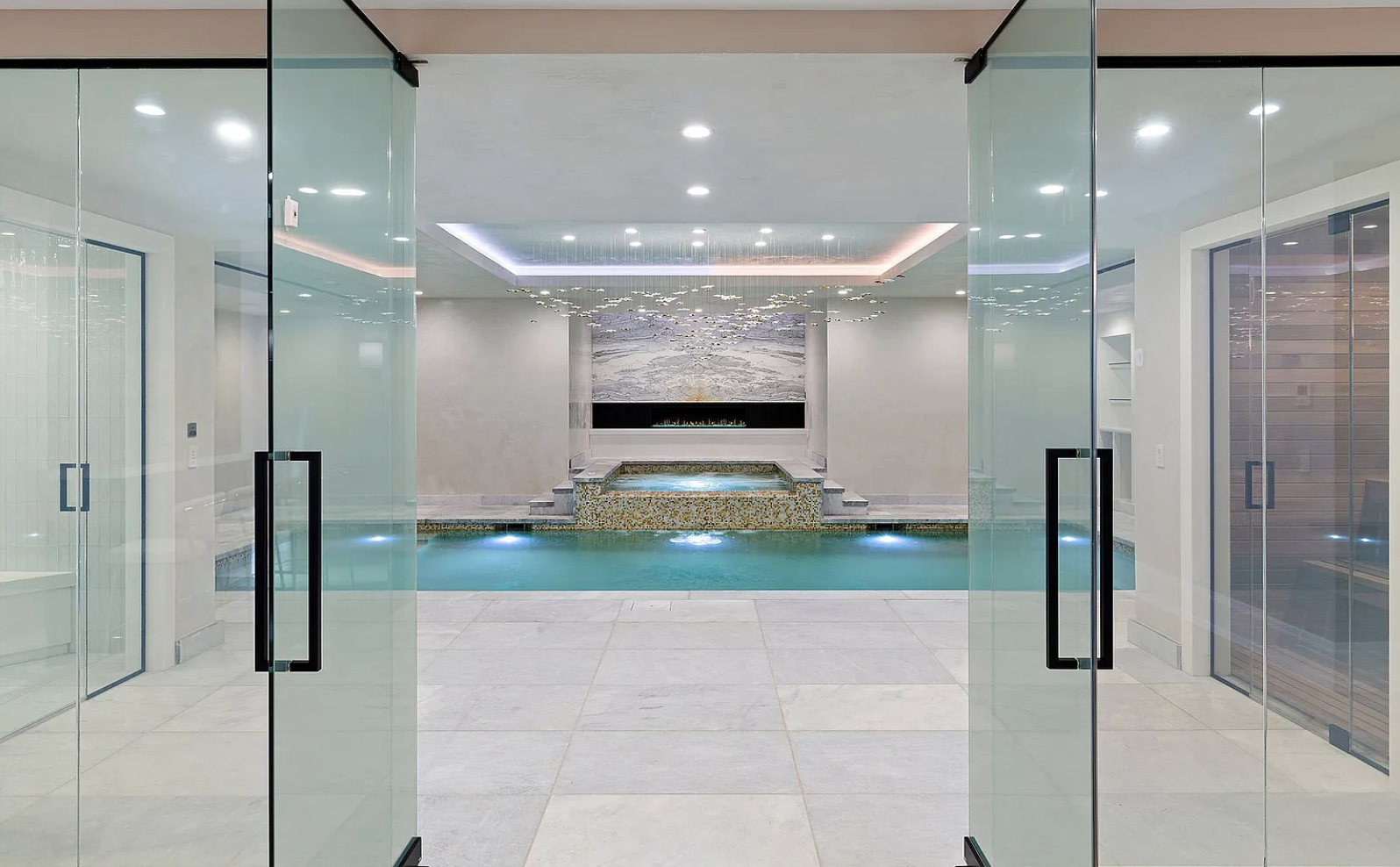 On one Southampton property Sykes represented in the last few years, the basement was equipped with a pool, a sauna, a hot tub, a game room and a basketball court. On another piece of land one of her clients purchased in Vero Beach, Florida, for a new home, Sykes said the inspection period was almost entirely devoted to ensure the engineer could craft the perfect basement on the property. 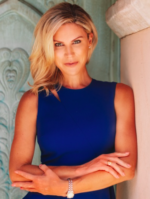 “The diligence was pretty much all around a bowling alley and whether or not they could get the length of the bowling alley they needed,” Sykes explained.

Sykes added that in those types of coastal areas or locations where the water table is higher, much more due diligence is required to be sure that the basement is fully waterproofed and sometimes equipped with extra reinforcements when homeowners want deeper basements.

“So it becomes much more expensive to actually build underground than it is to build above ground,” Sykes said. “So although these are workarounds for height restrictions, they tend to make things more expensive than simply putting an addition on the first floor to make it two stories.”

For agents with clients wanting to hop on the trend, Sykes said it’s important to get an engineer involved from the get-go and make sure it’s possible to stay within budget, based on the clients asks and the specific situation.

“Make sure you have that whole team included in conversations so you don’t get ahead of yourself and start to have delusions of what you may or may not even be able to do in the space because it’s one thing to be creative and it’s another thing to actually execute,” she said.

As might be expected, it’s also significantly easier to build out a mega basement with all the bells and whistles on a new construction home compared to a preexisting home.

“It’s much more difficult to dig under the home and complete a basement when the structure is already there,” Sykes said. “So the earlier that you think about doing it, the better.”