The Incorvaia Team and the Ige Johnson Group are the latest in a long string of teams to jump ship for the virtual brokerage.

Virtual brokerage giant eXp Realty continued its long-running track record of growth in August with the addition of two new teams that it recruited from RE/MAX and arch-rival Keller Williams.

The teams making the jump include the Incorvaia Team, which is based in the Cleveland, Ohio, area and the Ige Johnson Group, based in the Houston region. The Incorvaia team was with Keller Williams and will bring 31 agents and four staff members to eXp.

In an email, Mike Incorvaia Jr. — owner and partner at the Incorvaia Team — told Inman he chose eXp due to the company’s model, training and systems. The company’s virtual orientation was also a selling point, as was “expansion potential” and the fact that “we see many top teams across the country partnering with eXp.”

Ige Johnson leads the Ige Johnson Group, which operated within a RE/MAX franchise that she also owned. The team includes two buyers agents in addition to Johnson and together they tallied $12.7 million in volume in 2021. So far the team has done $10 million in volume this year. 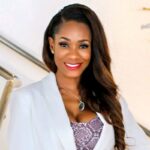 Johnson sold her RE/MAX franchise as part of her move to eXp. The franchise had around 50 agents and about 35 of them are also moving to eXp. In 2021, the franchise totaled about $101 million in volume and has done about $52 million so far this year.

In an email, Johnson said she was drawn to eXp thanks to the multiple income streams the company offers including revenue sharing and stock options among other perks.

EXp has a long track record of recruiting high-performing teams and in the past, agents have said they were attracted to the company’s compensation plans, which include both stocks and recruiting incentives and the ability to easily expand into new geographic regions. The brokerage’s ongoing ability to attract new agents and teams has made it a standout among large real estate companies and has kept it profitable, even amid a worsening market downturn.

More broadly, the struggle to attract top teams has become a major battlefront in the real estate industry and is fueling intense rivalries between companies, such as eXp, Keller Williams, Compass and others. Case in point: Just this week a new Keller Williams franchise in Wyoming revealed it had recruited away two dozen Compass agents.

In the case of the two new additions to eXp’s ranks, both team leaders said the process of moving has been a positive one. Johnson said she began discussions in May and announced the move internally in early August.

“So far it’s been a pretty fun experience,” she said of joining eXp.

Incorvaia said he had been considering a move to eXp for “some time now and got very serious about it over the last 12 months.”

“The process of joining has been fantastic,” he added, “and everyone at the transition team has been extremely helpful and made it a very smooth process.”

Rates Blast Back Up Toward Long Term Highs