Home Agent Even In A Topsy-Turvy Market, Some Agents Are Still Drawing Tons Of Bids
Agent

Even In A Topsy-Turvy Market, Some Agents Are Still Drawing Tons Of Bids

Even as home prices and rates hit record highs, it’s still possible to attract multiple offers when a property stands out or it’s priced to sell. “We priced it right — right away,” one agent told Inman.

The apartment immediately attracted an influx of attention, with a number of all cash offers made as soon as it was listed.

Due to the strict requirements of the co-op building the apartment was in, Lustbader had to reject most of the cash offers because they came from retirees who may have had a large number of assets but whose annual income was low. The apartment ended up going to a buyer who was financing but who had a high annual income and paid above the asking price.

“We had an enormous amount of interest because we priced it right — right away,” Lustbader said.

With mortgage rates topping 7 percent, the era of constant bidding wars has long faded. But, even in the current high-rate market, it’s still possible to attract multiple offers if your property stands out or is priced to sell, agents told Inman.

Data shows multiple offer situations are still more common than you might think, with the National Association of Realtors finding that the typical seller received 2.5 offers on their property during September while rates were on the climb.

“Every local market is different, sometimes on a street by street and block by block level,” Jessica Lautz, vice president of demographics and behavioral insights at NAR, said in a statement to Inman. “Based on the Realtors Confidence Index data released [Oct. 20], 28% of homes sold above list price and the typical seller received 2.5 offers for their home. Despite the difficult affordability conditions, some buyers are still active in this low inventory market, and are willing to pay more for the home they desire.”

Benjamin Illulian, luxury and estates director at the Keller Williams affiliate Illulian Realty in Los Angeles, told Inman he has seen this play out in the luxury market in Los Angeles, where homes are still selling fast as long as they’re priced well and in good condition.

“If something is done with really good taste, furnished well, staged well, really checks off all the boxes, as long as they’re priced somewhat reasonably, those homes are still selling immediately and some even with multiple offers,” he said.

Illulian saw this play out himself a number of weeks ago when a $15 million offer his client made on a house was beaten out by an $18 million offer. 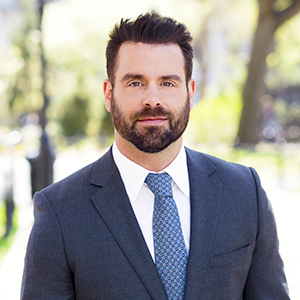 Jared Barnett, a Compass agent in New York, said he has seen properties that are well renovated or that have other standout features like excellent location attract multiple buyers, reflecting the buyers’ desire to not have to deal with the expense of coordinating and paying for further renovations.

“In this market especially, people are willing to pay a premium for something that is beautifully renovated, where they can move right in, or if it’s in a good location,” he said. “If they can avoid renovation, they’re willing to pay for it.”

Barnett said he’s still seeing multiple offer situations on properties with standout features, such as up-to-date renovations or a particularly desirable location, but he has also seen unremarkable properties command multiple bids recently, as long as they’re priced right. Barnett cited an unrenovated property he recently listed and went to contract that received multiple bids, which he said was priced with the buyer’s additional renovation costs in mind.

“We priced it accordingly, and I think that’s where pricing comes down as the most important factor,” he said. “We took into consideration that it needs work, that someone is going to have to put a lot of money into it, whereas sometimes you could have pushed the price a little bit in a market that’s stronger for sellers, we just priced it appropriately and then people recognized that and we got multiple bids even though it needed work.”

To be sure, while they are still happening, bidding wars are far rarer than they were just a few months ago. Richard Schulman, a Keller Williams agent in Los Angeles, says he currently has 14 on-market listings and 10 pending listings, and only one of them has received more than one offer.

“I did have a property three weeks ago with two [offers] and we were pretty excited,” he said. “We hadn’t seen that in a while.”

While homebuyers are still willing to up their offers for their dream homes, investors and developers have pulled back and are acting much more cautious, especially when it comes to fixer-uppers and tear-downs that will require significant investment on top of acquiring the land.

“Developers are going to be very cautious of what they are going to buy, because there’s a bigger risk for them, they have to endure whatever is going to come in the market,” Illulian said.

Deals Will Hinge On Negotiations This Fall. Here’s...

Common Foundation Problems — Should You Fix Them or...