The Council of Multiple Listing Services offered its usual, highly-anticipated legal update at its annual conference Friday, and this one was a doozy.

“If you’re keeping score, what you will find at the end of this, is it’s zero for the good guys,” Osborn told the event’s 1,000 or so attendees.

“None of these cases — not one — has gone our way. Not one. To the contrary, things are moving forward pretty quickly, with pretty significant consequences.”

The lawsuits are related to controversial National Association of Realtors’ rules including one that requires listing brokers to offer buyer brokers a commission to submit a listing to a Realtor-affiliated MLS. The U.S. Department of Justice (DOJ) is also currently investigating the rule and the Consumer Federation of America has published numerous studies condemning the rule.

The largest of the suits are Moehrl and Burnett (formerly Sitzer), called after their lead homeseller plaintiffs, whose defendants are NAR and real estate franchisors Realogy, Keller Williams, RE/MAX and HomeServices of America. Sitzer/Burnett recently won class-action status and Moehrl is currently seeking class certification.

Discount brokerage REX Real Estate has filed a suit against NAR and Zillow over a different rule, NAR’s no-commingling rule, which allows MLSs to prohibit the online display of MLS listings together with non-MLS listings.

And two private listing services, The PLS.com and Top Agent Network have filed antitrust suits challenging NAR’s Clear Cooperation Policy, which requires listing brokers to submit a listing to their MLS within one business day of marketing a property to the public.

The Sitzer/Burnett case is set to go to trial in February 2023 and there’s “no indication whatsoever” that it won’t, according to Osborn.

“This judge hearing the case is a ‘no BS’ judge,” Osborn said, referring to Judge Stephen R. Bough of the U.S. District Court in Western Missouri.

“He gets it done. If somebody files a motion, he rules very quickly. The class certification process there is complete, meaning the plaintiffs are no longer class representatives. It’s the entire class. There are thousands of plaintiffs in that case.”

The damages the plaintiffs are claiming are “astronomical,” according to Osborn.

“We could call them an existential threat to the defendants, which include NAR and the biggest brokerage franchisors in the country. The claims could be mind-boggling.”

It’s “unlikely” that the case will be decided on summary judgment before trial, Osborn added.

“So that means before we meet again, that case will be decided,” he said.

Moehrl, which was filed before Sitzer and Osborn called “the mother of them all,” is an even bigger case involving 20 MLS markets nationwide. The plaintiffs’ law firms are “straight off of the Who’s Who on plaintiffs’ litigation firms,” Osborn said. “These are the guys who took on Big Tobacco. They’re real big. They know what they’re doing.”

But while the law firms have “aggressively pursued the litigation,” the judge in that case, Judge Andrea R. Wood of the U.S. District Court for the Northern District of Illinois, has taken considerably more time to rule than Bough in Missouri, so it’s unclear when that case will go to trial, according to Osborn.

“They’re still in discovery,” he said. “Matter of fact, some of you unfortunately just received subpoenas as recently as yesterday to testify in that case and it is an inconvenience at a minimum.”

Regarding the Bauman/Nosalek case, Osborn said it was “frightening” that the plaintiffs had sued an independent MLS, rather than NAR, in that case, but that the case was “proceeding at a snail’s pace.”

“I think they’re waiting to see what happens [in Sitzer and Moehrl] and not spend more money on that,” Osborn said.

“They want to ride the coattails of the big boys.”

Still, in all the cases, the damages claims are in the billions of dollars and in Moehrl up to a trillion dollars, according to Osborn.

Regarding the Leeder/Batton case brought by homebuyers, Osborn said it might be “a very reasonable case, every bit as reasonable as the Bauman, Sitzer or Moehrl cases.”

“Buyers assert the claim that ‘who’s kidding whom, it’s our money that pays brokers’ commissions,’” Osborn said. “‘We’re told not to worry our pretty little heads about it because the seller is paying, not to fear.’

“The fact of the matter is their brokers have been paid the same thing in every transaction without regard to their competence and without the buyers’ knowledge they could just go to another broker and deliver to another broker that same compensation who might be more capable than the broker they’re working with.”

The case was dismissed but has been amended and the defendants have filed another motion to dismiss that case, he added. 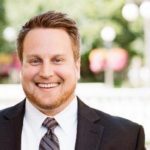 Regarding the DOJ’s involvement in these antitrust cases and its investigation of NAR, panelist Mitch Skinner, counsel for CMLS, said the industry “should have realized what was going on” when the DOJ and FTC held a joint workshop on real estate brokerage competition in 2018, shortly before a 10-year consent decree between NAR and the DOJ expired.

In 2019, the DOJ sent NAR a civil investigative demand (CID) over several of its rules. The parties came to a settlement but the DOJ abruptly withdrew from that settlement agreement and days later sent NAR another CID seeking new information on rules regarding buyer broker commissions and pocket listings. NAR subsequently filed a petition attempting to quash the DOJ’s demand or at least modify it to make it less onerous.

As of January, both sides have said their piece in the case and are just waiting for the judge to rule.

“My understanding is that that court has been slow to rule because it’s processing all of the criminal complaints from the January 6 insurrection,” Skinner said.

“So once the court works through that docket, which requires a speedy trial, maybe we will hear something on that. But in the meantime, we have this overlay of the Department of Justice weighing in on the lawsuits: Moehrl, Sitzer, REX, PLS.com. So this is all somewhat connected.”

Still, the panelists stressed that the current crisis represented “a huge opportunity” for the industry.

“If the industry doesn’t address it as an opportunity, we will lose a spectacular chance to do what needs to be done,” Osborn said.

Mentioning a metaphor made by California Regional MLS CEO Art Carter on Thursday, Osborn said, “Rather than wait till the plane crashes to unbuckle your seatbelt so you can get the hell out of there, Art’s ready to jump out of the airplane now. Because he knows it’s going to crash, he’s better off making a change at this point. That’s where we are.” 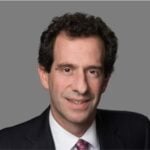 Now is an opportunity to innovate, according to panelist Claude Szyfer, partner at Stroock & Stroock & Lavan LLP.

“Folks should be willing to look critically at what they’re doing. I prefer to control my own destiny than to have my destiny be dictated to me either by a judge through an order in a court or by a regulator.”

Osborn agreed that MLSs should look in the mirror.

“I am 100 percent persuaded that MLS as an industry is extremely pro-competitive, but that doesn’t mean there aren’t aspects of MLS that aren’t pro-competitive,” he said.

There should be transparency into how consumers can affect their relationship with brokers, according to Osborn.

“One of the reasons I wonder about the Leeder case is because buyers indeed seem to not have as much insight into the transaction or as much control,” he said.

“That is arguably — certainly the critics say — one of the deficiencies in the MLS system, in the brokerage business. Now that doesn’t have to be. I’m here to say it’s easy to fix. Maybe it wasn’t an issue before, but that’s what you call a change. And you’ve got to react to that change.”

Should You Invest in Crowdfunded Real Estate Or...

Here are the states where housing prices are...

13 Items to Note on the Interior