Broker Ryan Kaplan has been involved in the sale, leasing, development and financing of over $500 million in residential, commercial, retail and industrial real estate assets to date.

“Ryan has proven himself to be an exceptional talent in the real estate industry, and we’re very lucky to have him join us at Corcoran,” Pamela Liebman, president and CEO of Corcoran, said in a statement. “We have a strong presence in the new development space, and with his duality of having been a developer, I know Ryan will achieve great success with the power of Corcoran behind him.”

Kaplan was a partner at Imperial Development Group and worked with Elad Properties/Naftali Group, gaining over a decade of experience in development. Now as a broker, Kaplan can leverage that experience with his developer and investment-focused individual clients. During his first year as a broker in 2019, he completed over $100 million in transactions and has been building on that threshold in the years since.

Throughout his career, Kaplan has been involved in the sale, leasing, development and financing of over $500 million in residential, commercial, retail and industrial real estate assets. Some of his recent accomplishments include taking over sales at 6 Cortlandt Alley in Tribeca — and with a teammate — acquiring a dozen sponsor units from CIM Group’s 53rd and 8th, previously known as “Metro.” 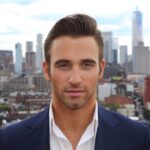 “It’s uncommon to see a developer expand to the brokerage side of the business,” Kaplan said in a statement on his move. “Corcoran was swift to recognize the rare combination of skills I bring to the table, and offered me an amazing platform to focus on expanding my involvement in the new development space.”

“When I first entered the brokerage arena, I underestimated the advantage my development background afforded me, yet in hindsight, it has been a major part of my success,” he continued. “The expertise that the development world granted me has enabled me to communicate to both developers and private buyers with a more sophisticated pedigree of guidance … Having the No. 1 brokerage in New York City recognize that and seek to help me cultivate my business is an incredible opportunity.”

Having grown up in New York, Kaplan is well-versed in the ins and outs of the city and is a homeowner in Manhattan’s West Village. Kaplan is affiliated with Corcoran’s West Side office, which is led by Senior Managing Director Joel Dommel.