Rising interest rates and a shrinking branch network are cutting into Wells Fargo’s mortgage business, and bank executives say they’re fine with that.

With rising interest rates and a shrinking branch network cutting into its mortgage business, Wells Fargo’s credit card business brought in more revenue than home loans during the second quarter — and bank executives say they’re fine with that.

Wells Fargo originated $34.1 billion in mortgages during the first three months of the year, down 10 percent from the first quarter and 36 percent from a year ago.

Originations made by Wells Fargo’s retail branches were down even more sharply falling 19 percent quarter-over-quarter and 47 percent year-over-year to $19.6 billion.

When asked about the bank’s strategy in mortgage lending on a call with investment analysts, Wells Fargo CEO Charlie Scharf conceded, “If you just go back and look at how big we were in the mortgage business, we were a hell of a lot bigger than we are today.”

Under the leadership of Kristy Fercho, who took over as head of Wells Fargo Home Lending in 2020, Scharf said Wells Fargo has been “reassessing what it makes sense to do [in mortgage lending], how big we want to be both in the context of what our focus should be … our primary focus should be on service and serving our own customer base.”

As mortgage originations sputtered at branch offices, Wells Fargo did ramp up its purchases of loans originated by correspondent lenders which grew by 5 percent from the first quarter to $14.5 billion. But that was an 11 percent drop from a year ago when the bank acquired $16.3 billion in mortgages through its correspondent channel.

Wells Fargo announced it would cut expenses in its home lending division when it reported first-quarter results in April. Although it hasn’t released the exact number of jobs eliminated from the company’s home lending division so far, several mortgage lenders and real estate companies have downsized in recent weeks, as the Federal Reserve’s efforts to combat inflation by raising interest rates raise worries about a decline in home sales and a potential recession.

Investors seem comfortable with the bank’s strategy, with shares in Wells Fargo up more than 6 percent after Friday’s earnings release and more than 12 percent since hitting a 52-week low of $36.54 on June 16. 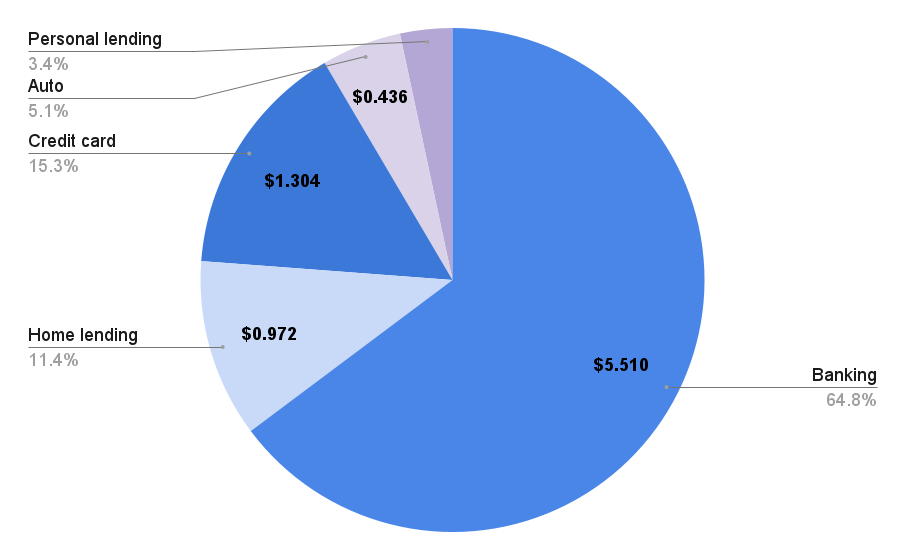 The bank attributed the 53 percent year-over-year decline in revenue from home lending primarily to lower originations and gain on sale margins and lower revenue from the re-securitization of loans purchased from securitization pools. Those decreases were partially offset by higher mortgage servicing income.

Credit cards surpassed mortgage lending as the second-biggest source of revenue within the consumer banking and lending segment, bringing in $1.3 billion in revenue or 15.3 percent of the pie.

Scharf noted that Wells Fargo this week launched its fourth new credit card offering in the past year, Wells Fargo Autograph, “reflecting our momentum in growing our consumer credit card business, with new accounts of over 60 percent from a year ago. We’re focused on delivering competitive offerings and our new reward card provides three times points across top spending categories, including restaurants, travel and gas stations. This is the first of several rewards-based cards we plan to introduce.”

Newmark courts buyers for Next, Emme and Seneca...