“If you’re not at the table, you’re on the menu.” With perhaps this saying in mind, the Council of Multiple Listing Services has hired two antitrust lawyers who formerly worked at the U.S. Department of Justice and the Federal Trade Commission to help the trade group exert its influence over any MLS-related decisions that come out of the antitrust enforcement agencies.

Batts was formerly an attorney adviser to a Federal Trade Commissioner and currently represents companies that come before the FTC and the Antitrust Division of the DOJ. Before joining Faegre Drinker in January 2021 and then Bona Law a year later, Carson worked for more than five years at the DOJ working with the people who both entered into a now-failed settlement with the National Association of Realtors and who withdrew from that deal.

The DOJ is currently investigating NAR’s rules, including rules having to do with buyer broker commissions and pocket listings. In 2021, President Joe Biden encouraged the FTC, which shares responsibility over antitrust with the DOJ, to exercise its rule-making authority “in areas such as … unfair occupational licensing restrictions; unfair tying practices or exclusionary practices in the brokerage or listing of real estate; and any other unfair industry-specific practices that substantially inhibit competition.”

Batts told the conference’s 1,000 or so attendees that that order came about because Biden’s administration “is focused on pocketbook issues” and “your home is often the largest asset of most American families.”

“CMLS and MLSs in general seek to join ongoing discussions with antitrust regulators and the public over the antitrust rules of the road for the $2 trillion real estate industry in the United States,” she said.

“So what we want to do is we want to advocate and educate to make sure that decision-makers have a clear understanding of MLSs and the value they provide consumers.”

In order to do this, Batts and Carson are working on a white paper that, once finished, they’ll submit to the DOJ and FTC. Then they’ll ask for meetings with their former friends and colleagues at the agencies. 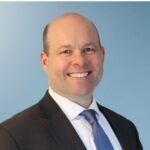 “In the white paper, we’ll set out the reasons why MLSs are good for consumers and good for competition,” Carson said.

“The goal is to get a seat at the table for CMLS and the MLS industry when any regulatory review of MLSs is done. We want to provide a voice for the MLS industry so that antitrust enforcers have a complete picture of all the good things that you do every day before they contemplate and enact any changes.”

CMLS anticipates releasing the white paper in first-quarter 2023, CMLS CEO Denee Evans told Inman. The trade group will also release a report on the economic impact of the MLS at the same time and is currently looking for an economist to write it, Evans added.

Antitrust laws are being enforced more aggressively by the Biden administration, which means that CMLS will need to “clearly and concisely state the case for MLS,” according to Batts.

Carson added, “We want to explain how the MLS is about complete and comprehensive information. The MLS is about accuracy. MLS is about timely information. You combine all of that and you get unmatched transparency for consumers in the market about the state of residential real estate in the United States.”

The white paper will highlight the ways that the MLS increases industry information and competition, according to Batts.

“[The MLS] makes for widely available information so all market participants can be informed about decisions that they make about a home’s value,” she said.

The MLS also offers efficiency because “it allows buyers, sellers and brokers to easily meet,” according to Batts.

Regulators may also not realize that the MLS fuels innovation in the real estate industry, she added.

“It provides information that allows online housing platforms to flourish,” she said. “It also enables desktop appraisals and underwriting, which not only help buyers and sellers but current homeowners refinancing and that saves costs and time and efficiency for all parties to the transaction. It even helps insurance companies.”

The MLS’s emphasis on making listings equally available to all prospective buyers also “fits a Biden administration goal of fair housing,” according to Batts.

“Generally, antitrust does not consider ESG [environmental, social and governance] issues, but the current administration has made it part of its antitrust analysis,” she said.

“Controversial, but they’re doing it.”

After CMLS finalizes its white paper, the trade group will retain an expert economist to put together a compelling case backed up by numbers, according to Carson.

“We’re gonna go in well-armed to meet their lawyers and economists and talk about the issues that are important to the industry,” he said.

Success will mean that CMLS’s voice is heard by the regulators, according to Carson.

Batts added, “Judging from our collective 50 years of antitrust experience, I think that if your voice is heard, the regulators will have a very different impression about what MLSs do than just by reading the class-action litigation.”

Editor’s note: This story has been updated with comments from CMLS CEO Denee Evans.

The Outlets at Loveland are virtually empty. A...

Salesforce plans to eliminate $3 billion to $5...