Compass Expands To 30A, Brings On Spears Group, More Agents

With the move into 30A, the brokerage brings on 18 new agents in the region, who represented over $640M in sales volume in 2021.

Tech-enabled brokerage Compass announced its expansion of operations in Florida into the greater 30A market on Thursday. The market, which is located on the Florida panhandle, is made up of a collection of beach towns that stretch across the panhandle along Florida State Road 30A.

With the move into 30A, the brokerage brings on 20 new agents in the region, who represented over $720 million in sales volume in 2021, according to BrokerMetrics and the Emerald Coast Association of Realtors MLS — including the high-performing Spears Group from Scenic Sotheby’s International Realty.

“We are thrilled to launch in 30A,” Kim Harris, president of regional operations for Compass, said in a statement. “As the 30A real estate market thrives, we look forward to pairing top agents with the best tools, technology and talent in the industry to better serve their clients.”

Jonathan Spears, team leader of the nine-agent Spears Group, will serve as Compass’ founding agent in the 30A market. Compass’ “founding agent” designation signifies agent leaders who assist with expansion efforts in a new market.

The team comes from Scenic Sotheby’s International Realty, where they transacted about $430 million in residential real estate in 2021, earning the No. 12 ranking by RealTrends that year for medium teams in the U.S. In 2020, the team brought in about $262 million in sales volume and were ranked the No. 1 medium-sized team in Florida by RealTrends.

“Our partnership with Compass comes at a pivotal time of growth within our team,” Spears said in a statement. “We are thrilled to bring the future of real estate to the 30A market and look forward to continuing our pursuit of excellence and service with the unmatched technology, tools, and network at Compass.”

With its move to Compass, the Spears Group will also be welcoming Luke Andrews to the team, who specializes in new development. 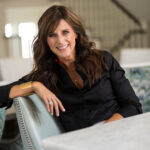 Meghan Martinez and Michele Bailey, who were onboarded to Compass within the past month from their own independent brokerage, will also serve as founding agents for Compass on the Emerald Coast, and their team, Beach Collective, will also be joining the new market’s agent ranks.

“Beyond its brilliant technology, Compass offers a national network of world-class agents, and a corporate culture centered on excellence, creativity, and cooperation,” Martinez said in a statement. “We look forward to leveraging Compass’ innovative tools to deliver superior results and the most enjoyable experience to our clientele.”

“We chose to be at Compass because of the national agent network, agent support system, and elevated marketing,” Bailey said in a statement. “Most importantly, Compass is composed of individuals we want to align and grow with. We couldn’t be more excited that we are able to expand alongside Compass in 30A.” 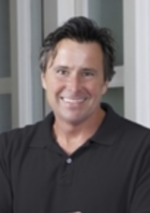 Billy Creswell, formerly of Rosemary Beach Realty, will also join Compass’ ranks in 30A, as an Emerald Coast founding agent.

“The move to Compass is helping me refine my game. It has become evident that consumers not only want more, but need more,” Creswell said in a statement. “My goal is to deliver a more efficient and enjoyable customer experience for my clientele. Compass’ technology is at the forefront of the industry and provides the support system and operational platforms to do just that.”

In March, Compass became the top-performing brokerage by transaction volume, according to RealTrends 500.