Dennis Cusack specializes in Manhattan’s luxury co-ops, condos and townhouses. He was Compass’ director of sales in downtown for about three-and-a-half years.

Most recently, Cusack was director of sales for Compass in Downtown Manhattan, where he served for about three-and-a-half years. Prior to that position, he was at Stribling & Associates for four-and-a-half years, three of which he served as manager of the company’s downtown location. Cusack’s real estate career dates back to 2003, and has also included gigs at Town Residential and The Corcoran Group.

“We’re excited to have Dennis on board at SERHANT.,” Ryan Serhant, founder, CEO and broker at SERHANT., said in an email to Inman. “He knows the New York City market inside and out and is an expert at what we do best — selling luxury real estate. I know he’ll make an excellent addition to the team as we continue to grow our business even further.”

Cusack has brought in $400 million in sales volume over the course of his career, and while director of sales at Compass, oversaw $1.5 billion in sales annually. His specialty lies in luxury co-ops, condos and townhouses in Manhattan. At SERHANT., Cusack will transition into a role as an agent. 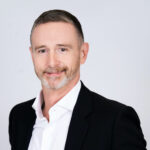 He said his move to SERHANT. was driven by the brokerage’s ground-breaking technology and approach to the business, as well as its supportive culture, which he thought would be a good fit during his career transition back to an agent.

“I’ve been in the industry for two decades, both as an agent and as a sales manager, and when I looked at the industry landscape overall, there are few firms that stand out and differentiate themselves, and SERHANT. is one of those firms,” Cusack said in a statement emailed to Inman.

“What stood out to me the most is that they’re not using the same cookie-cutter formula that’s out there — the company is driven by innovation and creativity and content,” he added. “Through its services, social expertise, brand awareness, and leadership, the firm provides the tools agents need to position themselves for success, and I’m looking forward to what’s next. I also felt that I would be very supported by their culture, approach to marketing, and their team to make the transition back from sales manager to agent.”

Serhant will be a featured speaker at Inman Connect New York 2023.

Local homebuyers ‘getting hit from every direction’ as...