Dr. Lisa Sturtevant will help Bright with “critical business decisions around the company’s data assets” such as evaluating products and partnerships.

The nation’s second-largest multiple listing service has now become the first to hire a chief economist.

Bright MLS, which has more than 100,000 subscribers in six states in the mid-Atlantic region, has appointed Dr. Lisa Sturtevant to the role. Sturtevant was previously chief economist for Virginia Realtors and also served as a member of Bright’s Economist Advisory Council, where she was part of a team of economists that provided research guidance and analysis of Bright’s monthly housing market reports and on the housing market’s impact on the region’s economy.

Sturtevant, who started at Bright the first week of May, is now “the nation’s only MLS-focused economist.” She will be in charge of research, reporting and insights gleaned from Bright’s MLS data, according to a press release.

Asked why Bright decided to become the first MLS to have a chief economist, Bright MLS spokesperson Christy Reap told Inman that Bright’s subscribers depend on its platform to be “the single source of truth for comprehensive real estate data.”

“The MLS is the original source of data for an industry responsible for over $140 billion in sold volume across the mid-Atlantic in 2021 alone,” she said via email.

“Having Dr. Sturtevant direct Bright’s ongoing research and reporting on statistics and trends while adding valuable insights about the overall housing market is of enormous value to our subscribers as they serve their clients in today’s constantly shifting real estate market.

“The ongoing changes in the overall economy, including high inflation, rising mortgage rates and general economic uncertainty, underscore this point.”

Bright has been making big moves in recent months. In February, Bright inked a deal with California Regional MLS (CRMLS) to work together to develop and launch technology products for their more than 200,000 subscribers combined nationwide. And in March, the company hired a new chief marketing officer and a vice president of strategic alliances and partnerships.

Bright launched five years ago as a result of a merger of two MLSs that had been in existence for decades. Asked why the company hired a chief economist now, Reap said Bright’s position in the real estate industry as a leading MLS means the company wants to be sure to serve its subscribers and the broader industry through research and analysis.

“There is more data than ever out there about the real estate market, but in some ways, there is less analysis or interpretation,” Reap said. “Dr. Sturtevant will bring in-depth, rigorous and objective analysis to help our subscribers — and the broader public — make sense of the continually changing housing market.”

According to Bright, Sturtevant will lead Bright’s efforts to work closely with its participating associations and subscribers to provide data and reports that are the most useful and high priority for them in their work.

“In this changing and uncertain economic environment, it is more important than ever to have in-depth, thoughtful analysis on housing market conditions — reported in a way that is easy to understand — so that real estate professionals can make critical business decisions,” Sturtevant said in a statement.

“Bright’s wealth of data will also allow the organization to be a source of reliable information and insights for anyone interested in mid-Atlantic housing markets, including consumers, the media and policymakers.”

Sturtevant will also help Bright with “critical business decisions around the company’s data assets” such as evaluating products and partnerships, according to Bright.

“We have numerous audiences for the kind of data that only Bright MLS can provide, including our broker and agent subscribers, industry partners and media throughout our footprint,” Bright CEO Brian Donnellan said in a statement.

Bright is a for-profit company. Asked whether Bright sells its MLS data and, if so, if the company is hoping to expand who it sells its data to, Bright declined to comment.

“We will share data and research with industry partners, consumers and others who are interested in where the housing market is headed,” Reap said. 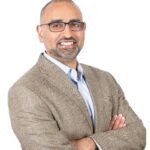 “I am thrilled to have Lisa as part of the team and can’t wait for all the things she has planned to come to fruition,” Kulkarni said in a statement.