Aaron Kirman’s move will see his team become a brokerage that operates in partnership with Christie’s. The move comes at a time when competition for talent is more intense than ever

New markets require new approaches and tactics. More than 250 experts and industry leaders will take the stage at Inman Connect New York in January to help you navigate the market shift — and prepare for success in 2023. Register today and get a special offer $1099 ticket price.

Aaron Kirman, a top-producing Los Angeles luxury agent, is leaving Compass to start his own brand in a new partnership with Christie’s International Real Estate.

The move will see the Aaron Kirman Group transition from being a team within Compass to a brokerage. The brokerage will operate as a partnership with Christie’s, according to a statement, meaning it will have access to Christie’s referral network, platform, technology and other resources.

Kirman will bring his team with him, which includes 160 agents and 14 staff members.

News of Kirman’s departure from Compass was first reported by The Real Deal, to which Kirman said that he had wanted to turn his team into a standalone brand for some time. He also said he “wanted the duality of a powerhouse brand behind us so that we have the ability to market all over.”

In a conversation with Inman Tuesday afternoon, Kirman further explained that the Aaron Kirman Group will be the broker of record and the brokerage house, but that the partnership will give the company access to services, such as Christie’s global advertising network. Kirman also said he wanted to branch out in this way because so many other companies in his region are either “too big” or “too small.”

“I think the market needs a combo like we have,” he continued. “I think it was missing it.”

Christie’s statement on the move describes Kirman’s business as “one of the nation’s top-producing residential sales teams,” with “over $14 billion in luxury real estate sales and over $1.6 billion in sales thus far in 2022.”

In the statement, Kirman added that “this is a perfect match between one of the most pedigreed brands in luxury real estate and the modern world of tech-first, white glove luxury service.”

Kirman founded the Aaron Kirman Group in 2017. His team started out with just seven agents, according to Kirman’s website. But the team grew rapidly into one of the most high-profile luxury real estate teams in the U.S.

He is also among a small handful of real estate agents who have made the jump from real estate professional to full-fledged celebrity. That was due in large part to Kirman’s starring turn on the CNBC reality TV series Listing Impossible. Kirman has also been involved in numerous high-profile sales including the Danny Thomas Estate which sold for a reported $65 million in 2017.

More recently, Kirman represented the buyers who snapped up the estate of Maroon 5 frontman Adam Levine. He also represented The One, a record-breaking Bel Air mansion that ultimately sold for $141 million earlier this year.

Kirman will now operate offices throughout Los Angeles and Ventura counties and aims to hit $5 billion in sales per year by 2025, Tuesday’s statement notes.

Speaking with Inman, Kirman said he plans to launch a variety of other verticals within his company and will gradually expand across his home region.

“We’ll eventually sort of dominate Southern California luxury,” he said, adding that over the longer term he’s interested in both national and international expansion.

Kirman’s move to Christie’s comes as brokerages compete ever more fiercely for talent. Compass has been particularly aggressive when it comes to attracting top agents which has spurred both rivalries and legal battles, as well as making the company the largest of its kind in the U.S. However, earlier this year, Compass also ditched both stock and cash incentives for new recruits.

Despite the end of incentives, however, Compass reported last week that it managed to add a net of 335 agents during the third quarter of this year.

Compass said in a statement to Inman Tuesday, “we wish Aaron all the best in his next venture and look forward to continuing to work with him through our Compass agents across Southern California.”

Kirman said his move away from Compass was not due to a lack of confidence in that firm, adding that his now-former brokerage “was a great company” where “our business did exceptionally well.” Kirman mentioned Compass facing “headwinds” but ultimately was upbeat about the company’s future.

In Christie’s case, Chicago-based brokerage and franchisor @properties acquired the brand one year ago.

Christie’s has 900 offices around the world, according to Tuesday’s statement, which also describes the deal with Kirman as “another big win” for the brand, and one that “raises the profile of Christie’s International Real Estate in one of the world’s top luxury markets.” 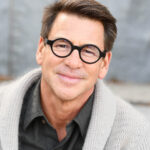 Thad Wong, co-CEO of Christie’s, added in the statement that Kirman “is one of the most impressive people I have met in this business.”

“He not only manages the most demanding clientele with unrivaled competence, creativity, and energy, but he has also figured out how to scale his business and mentor a new generation of luxury agents,” Wong added. “He personifies the future of our brand.”

Update: This post was updated after publication with comments from an interview Kirman did with Inman Tuesday afternoon.

Majority of homeowners have regrets

I Had to Skip My Home Inspection to...