Home Agent A $100M Island Sold In 4 Months: The Moves Behind This Agent’s Deal
Agent

A $100M Island Sold In 4 Months: The Moves Behind This Agent’s Deal

It’s not unusual for extremely high-end luxury listings to take several months or even several years to sell.

That was the case with Great Island in Darien, Connecticut, a 60-acre property with a Gilded Age mansion once owned by baking powder entrepreneur William Ziegler that was first listed in 2016 only to linger on the market. But once Douglas Elliman agent Jennifer Leahy took over the listing late last year — beating out other brokers with more experience — she snagged the $100 million deal in less than four months while tendering multiple offers.

The historic property outside New York City was first listed by Ziegler’s descendants, the Steinkraus family, via a trust in 2016 for $175 million. When it failed to sell, it was listed again in 2019 for $120 million.

The main house on the property is dated to the early 1900s and spans about 13,000 square feet with 10 bedrooms, complete with impressive views of the Long Island Sound from nearly every room. Additionally, a colonial farmhouse that dates to the 1800s resides on the property, as well as an equestrian building with a granite stable and an arched tile ceiling designed by Rafael Guastavino, the engineer who created Grand Central Terminal.

The island, which is one of the largest private islands to be sold on the East Coast, has remained in the hands of the Ziegler family and his descendants since Ziegler bought the property circa 1900 as a summer residence.

So, how did the Douglas Elliman agent seal the deal, one of the priciest thus far in 2022?

Leahy told Inman her process for selling the listing was highly strategic. For such an expansive property, Leahy drew on her New York City-based developer network to generate buzz, thought outside the box with her marketing, made the property extremely accessible, intentionally listed the home at a time of year that would show off its assets, networked within her brokerage and leaned on her community ties.

Drawing on a developer network to generate buzz 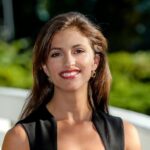 “I think it was a combination of using my strong ties to developers based out of New York City and using that network to create a buzz and get as many eyes on the property [as possible],” Leahy told Inman.

Since the property includes so much land and because there’s a lack of available land on which to develop in New York City, Leahy made sure to inform all her developer contacts about this unique opportunity that’s just under a two-hour drive outside of the city.

“For those [developers] who maybe were slowing down or not doing projects at the same [level of] enthusiasm in New York City, it was an awesome opportunity to do a development in a very unique and major way in an exclusive part of … like a bedroom community of Manhattan,” Leahy explained. “So that was my first strategy.” 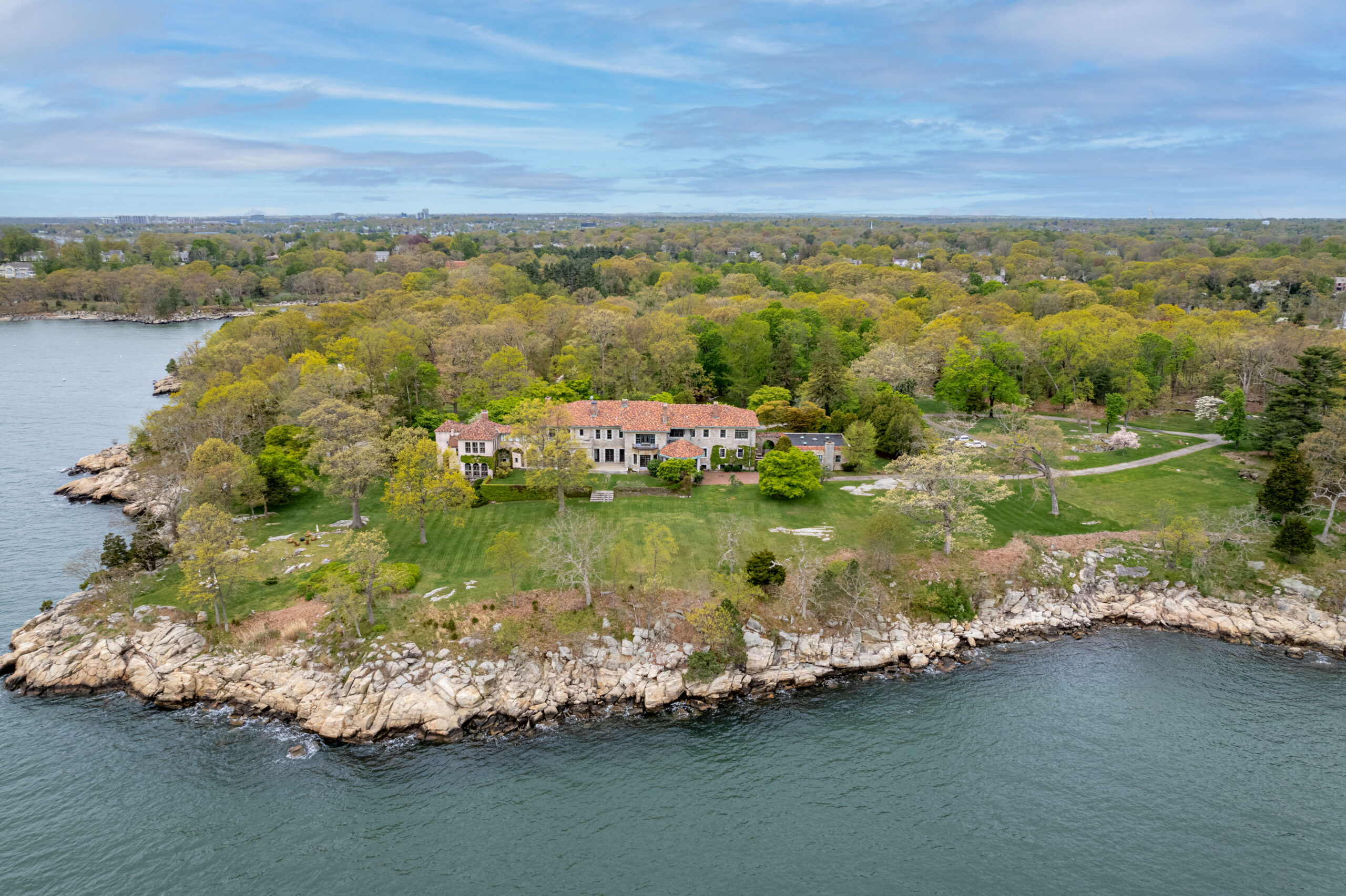 Thinking outside the box with marketing

Knowing that she was dealing with a property that didn’t have much luck on the market twice before, Leahy realized she needed to market Great Island in every way possible. That meant speaking with individual investors about its possibility as a legacy property, her developer contacts for its land potential and even going so far as to tell agents about its potential to be broken up into lots by developers and ultimately have brand new luxury homes on the property.

She wanted to make sure that anyone who might remotely be interested realized that the possibilities for Great Island were really endless.

“I was selling it every which way that I can,” Leahy told Inman. “And I’m my client’s fiduciary, which I take very seriously. I have to think outside of the box. A $100 million property, that’s a big number right there. I had to literally turn over every stone possible to drum up not just one, but multiple bids.”

Some luxury agents use exclusivity in order to generate interest and curiosity about a property. This can be a very effective tactic — and is often preferred by high-profile sellers — but with Great Island, Leahy decided to take the opposite approach, and it ended up paying off.

She made sure every agent in her market of Fairfield County “had access to see the property to really understand how spectacular it was.”

Given her marketing tactic of making people see the potential for the property beyond its current use as a summer home for one family, it was crucial for her to get agents to the property so they could see for themselves how other possibilities might play out.

“Lots of agents keep high-end listings very precious,” Leahy told Inman, “but my idea about it was, if I was going to get this to be subdivided and developed, I would want as many agents locked and loaded to be in a list in front of their clients — who maybe could put forward $100 million — but if it’s developed and divided and there were beautiful new houses going up for $10 million, they sure would have someone [who could buy it].”

With a property of this size, Leahy also realized that getting agents to actually walk the land and explore it would also be crucial to the sale, so she would give several hours-long tours to agents in the area so that they had time to get the lay of the land. 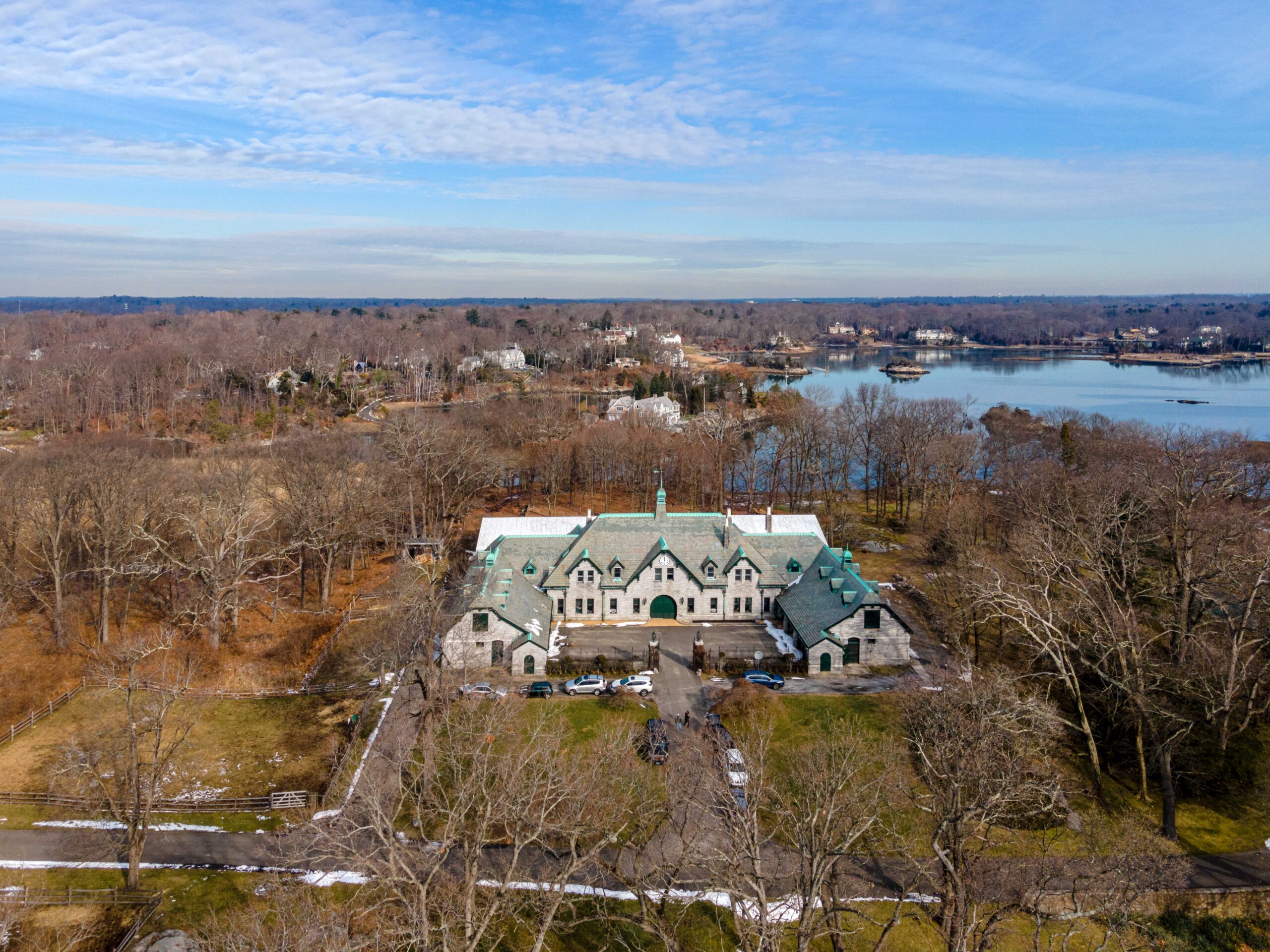 Listing the property at the right time of year

When given the option, most listing agents probably wouldn’t market a property located in a summer-centric market during the winter when most plants are dead and gray.

But once again considering the land value at hand on the property, Leahy had photos and videos of the property taken during the dead of winter when there was little foliage. That did make photos less colorful, but it also allowed potential buyers to see the acreage better and to see just how many views of the Long Island Sound were to be had from the main property.

“I also listed the property when there weren’t leaves on the trees so that you could see how expansive the views were from every spot on that island,” Leahy said. “You have inland lot, and in that inland lot, you have spectacular views because we have fabulous elevation.”

“I think there were people who were very skeptical about the listing in winter,” she added, “but it was very strategic, and even now [in May], being on the property, you can’t see through the trees already.”

To get the property in front of the type of clientele who might be interested in purchasing a whole island, Leahy turned to her fellow agents at Douglas Elliman and just kept making calls within the brokerage’s network.

“Tapping into their networks, who they have as billionaires or five-hundred millionaires, making sure that they knew the property was available,” Leahy said. “Sixty acres in the water is pretty rare. Obviously, a lot of these are storage facilities for great wealth, and this is an opportunity for someone of great wealth to have a spectacular piece of land.” 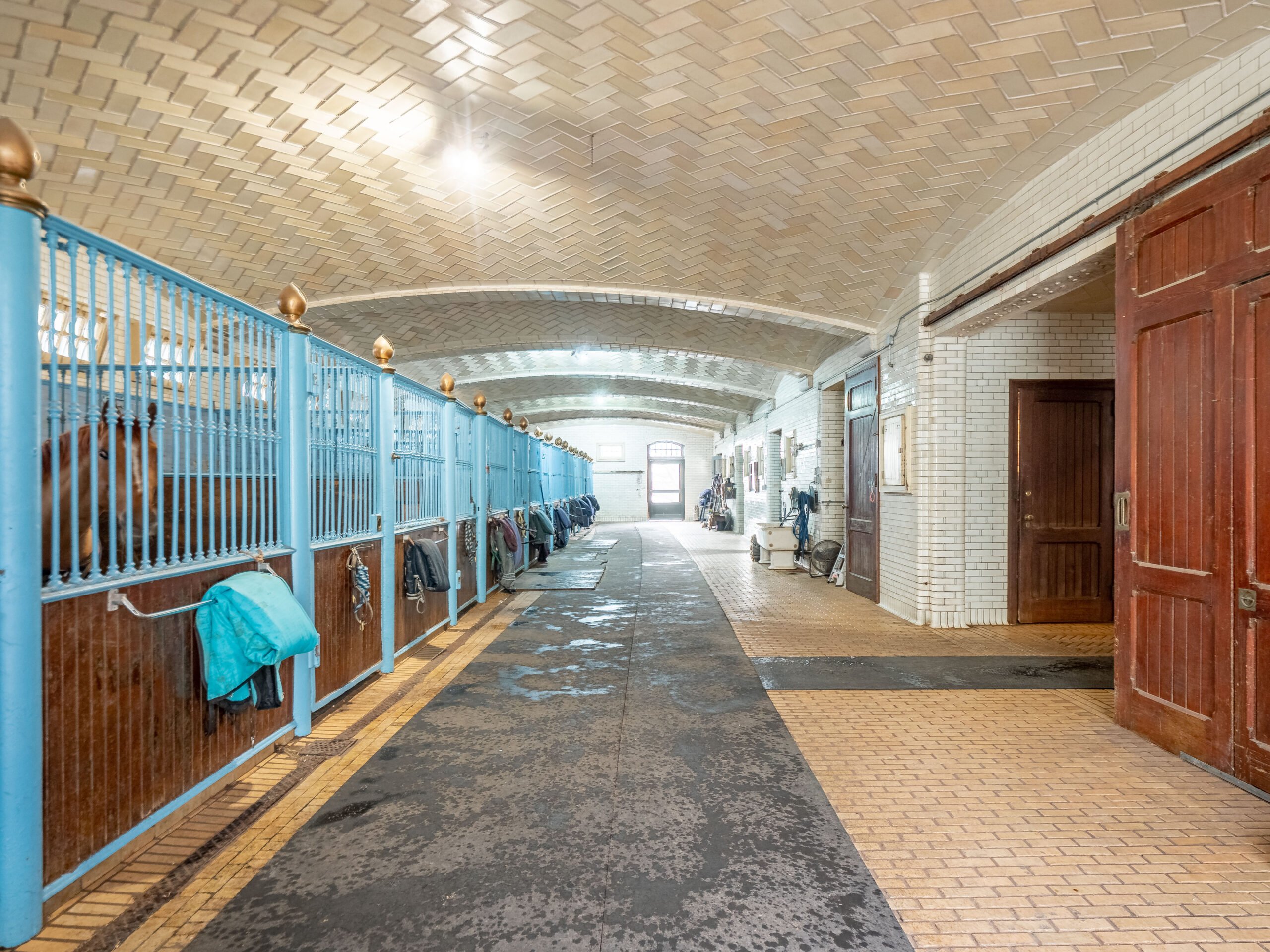 Leahy’s involvement in her community through serving on Darien’s planning and zoning commission for four years also helped her build credibility and ties in the community. Those relationships came in handy when the town approached her as an interested buyer — and ultimately became the buyer of the property.

“Everybody knew me in town and I’m a kind person, and I think I’m known to be kind of fair and a good listener,” Leahy said. “I feel so honored to have been the bridge to get so far with the town … and everybody basically made sure that they had the information, the access and the communication that they needed to make this possible.”

Anatomy of a Deal is an infrequent feature in which agents share stories of the obstacles they overcame to seal a tricky deal. Send submissions to [email protected] and please include the property type, price, location and what made the deal unique or challenging to close.

You Are Your Brand: How I Went From...

Historic former library building in Harrison could be...