“Put simply, we do not have enough housing,” NAA President and CEO Bob Pinnegar says. He points to such factors as years of underbuilding and lack of affordability.

In a shifting real estate market, the guidance and expertise that Inman imparts are never more valuable. Whether at our events, or with our daily news coverage and how-to journalism, we’re here to help you build your business, adopt the right tools — and make money. Join us in person in Las Vegas at Connect, and subscribe to Inman Select for all the information you need to make the right decisions. When the waters get choppy, trust Inman to help you navigate.

As the cost of buying a home has continued to increase precipitously in recent years between high home prices and climbing mortgage rates, more Americans are turning to the rental market.

Demand for apartment rentals is anticipated to be so high by 2035 that the U.S. will need to build a total of 4.3 million more apartments by then, according to a study commissioned by the National Apartment Association (NAA) and the National Multifamily Housing Council (NMHC).

“The U.S. has undergone tremendously difficult conditions that have fundamentally altered our nation’s demographics, but one thing remains certain — there is a need and demand for more rental housing,” NAA President and CEO Bob Pinnegar said in a statement. “Put simply, we do not have enough housing.”

The study, conducted by Hoyt Advisory Services and Eigen10 Advisors LLC, includes data that estimates the future apartment rental demand in the 50 U.S. states and 50 U.S. metro areas. “Apartments” are considered rental apartments in buildings that include five or more units.

The study’s apartment deficit accounts for an existing 600,000 apartment deficit that was brought on by builders curbing their enthusiasm in the wake of the 2008 financial crisis. Therefore, another 3.7 million units will need to be built on top of the existing deficit, at an average rate of 266,000 units per year, the report states.

Rental demand growth rates will not be as strong as in the last decade due to factors like lower immigration rates into the U.S. and slower U.S. population growth. The U.S. population grew at about a 1 percent rate per year from 1991 to 2011. From 2012 to 2022 it slowed to about t0 0.6 percent per year and it’s estimated to slow to 0.4 percent through 2035.

Still, stalled homeownership rates as a result of affordability issues, younger generations delaying marriage and creating families and an aging population that is continuing to opt to rent, will likely put pressure on the rental market.  The number of renter households with individuals who are 65 or older increased by 43 percent from 2009 to 2019, the study says.

A lack of affordable rental options likewise is putting pressure on potential renters. Between 2015 and 2020, the rental market lost 4.7 million affordable rental units that were priced at under $1,000 per month. 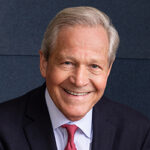 “The lack of available housing is holding our country back,” NMHC President and CEO Doug Bibby said in a statement. “Whether it is a multifamily residence, duplex or single-family home, we need a massive supply of new for sale and rental homes — including millions of new apartments by 2035. Making sure everyone has access to quality, affordable housing is a bipartisan issue and the industry stands ready to do its part to help create the 4.3 million new apartment homes our country needs.”

Secondary markets that have increased in popularity in recent years are also likely to fuel rental market demand through the next decade including Boise, Austin, Las Vegas, Raleigh, Orlando and Phoenix. Those metros are expected to grow in population by double the national pace of 1.1 percent per year.

“It is time to reverse course after decades of underbuilding and instead pursue responsible and sustainable policies that will not only meet this demand but address the missing middle and loss of affordable housing stock,” Pinnegar added.

The full report can be accessed here.

5 Housing Proposals On Midterm Ballots — And...

The cities and regions where home prices have...